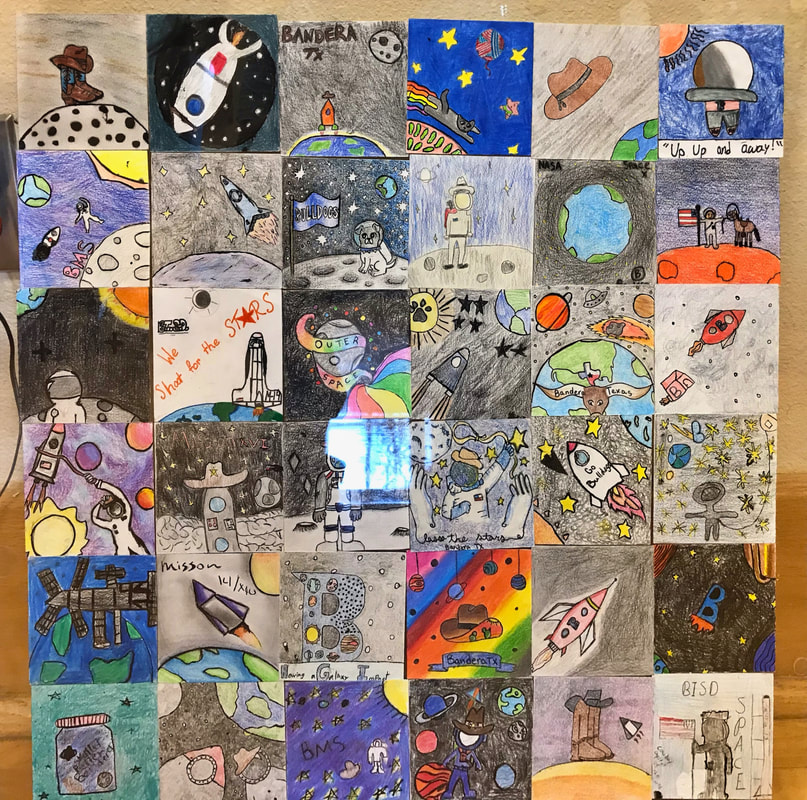 Student experiment to fly on the International Space Station

This fall students at Bandera Middle School will compete for a chance to fly an experiment on the International Space Station. One Bandera Middle School experiment will be among 34 community experiments selected from across the U.S., Canada and Brazil for astronauts to conduct during a six-week stay on orbit next spring/summer.
The generosity of the Hill Country Foundation, Warriors Heart, Heart 2, The Guajardo family, Winters Electric, HEB, the Louis Moreno family, Subaru, the BMS PTO, the Bandera Education Foundation and the Bobby LaLanne Family allowed the campus to raise the $25,000 dollars necessary to participate in the national Student Spaceflight Experiments Program (SSEP).
Learning and activities around the microgravity experiment will be conducted by the sixth grade science classes, as well as by the seventh and eighth grade STEM (Science, Technology, Engineering, Math) class. Starting in mid-September, students began learning about forces and motion in science classes. They then broke into teams to design research proposals for microgravity experiments.
On Oct. 22, Bandera Middle School will host a space night where professionals will narrow the 60+ experiments down to the best three that will be submitted to a national selection committee. That committee will select one of the three for the spaceflight. All students at the campus were able to enter a mission patch design competition. Two Bandera Middle School patches will be chosen to ride along on the spaceflight.
SSEP has offered BISD students a valuable opportunity to engage in real-world learning experiences and aligns with BISD’s vision to be a “small-town district creating a world-wide impact.” Participation in SSEP exemplifies BISD’s core values. The teachers and young scientists are passionately engaging in learning experiences that are built on choice. Integrity and pride are celebrated along each step of the way. Participation in SSEP would not have been possible without the support of the Bandera community and its commitment to BISD schools and students.
The SSEP is spearheaded by the National Center for Earth and Space Science Education, a nonprofit organization that inspires the next generation of scientists and engineers by engaging their natural human impulse to be curious and explore.
“If we as a nation are to compete in the 21st century, we must begin to teach science as a process of discovery, like science itself,” Center Director Dr. Jeff Goldstein said, adding that the student competition follows the approach used by NASA to select research projects designed by professional scientists.
The SSEP is a program of the National Center for Earth and Space Science Education (NCESSE) in the U.S. and the Arthur C.
Clarke Institute for Space Education internationally. It is enabled through a strategic partnership with DreamUp PBC and NanoRacks LLC, which are working with NASA under a Space Act Agreement as part of the utilization of the International Space Station as a National Laboratory.
The Bandera Prophet is grounded on the premise that relevant news delivery is ever-evolving. Founded by newspaper veterans, the Prophet delivers up-to-date information by writers and photographers who combined have 50-plus years of experience in the field and newsroom. Always free to readers, the Prophet is published on multiple platforms, and shared within the online community to more than 150,000 people. No paywalls and no paid subscriptions make news and feature stories immediately available with one click of a button or one swipe on a keypad.
​
All content copyright property of The Bandera Prophet