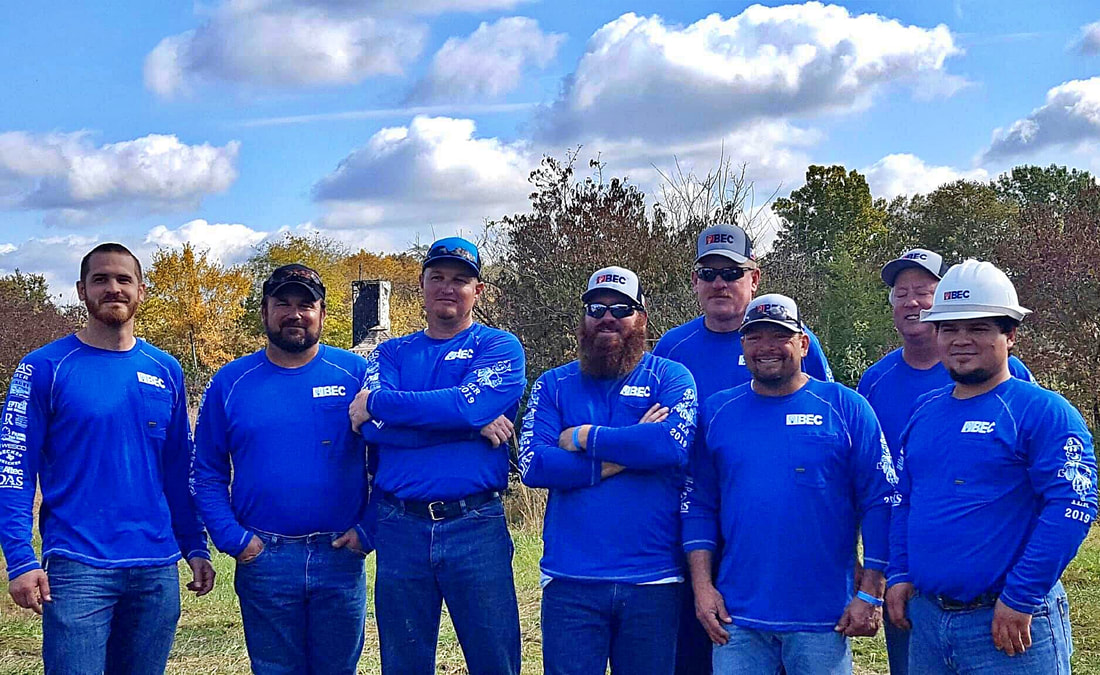 Linemen from Bandera Electric Cooperative recently traveled to Overland Park, Kansas to compete at the International Lineman’s Rodeo (ILR). Based on traditional lineman tasks and skills, the event raises awareness for the profession of line work and demonstrates the safety, skill and education of electric linemen.
“I’m very thankful for the opportunity to compete at this level,” BEC Lineman Third Class Justin Albarado said. “All of our knowledge, training and abilities are tested against the world’s best linemen. The rodeo competition is a big deal to those of us in the electrical line worker industry.”
John Hernandez, Kenny Alf and Rick Schott competed in the Senior Team Division, Garrett Clark, Austin Allen and Jaleel Altakrouri competed in the Journeyman Team Division, and Justin Albarado competed in the individual Apprentice Division.
“Both teams fared very well while competing against 248 ‘Best of the Best’ teams from across the United States and Canada,” said BEC Manager of Distribution Operations John Rush.  “Our lineman apprentice, Justin Albarado, had an exceptional day where he competed against 321 other top apprentices and placed sixth in the Electric Cooperative Division.”
Since its founding in 1984, the ILR has grown to host more than 200 teams and 300 apprentices to date.
​
About Bandera Electric
Bandera Electric Cooperative currently serves more than 26,000 members and provides highly reliable electric service to more than 36,000 meters in a seven-county territory in the Texas Hill Country.  As a member-owned cooperative, BEC continually searches for new, innovative programs to promote energy efficiency and quality member service.  Find more information about BEC at BanderaElectric.com or by calling 866-226-3372.
The Bandera Prophet is grounded on the premise that relevant news delivery is ever-evolving. Founded by newspaper veterans, the Prophet delivers up-to-date information by writers and photographers who combined have 50-plus years of experience in the field and newsroom. Completely free to readers, the Prophet is published on multiple platforms, and shared within the online community. No paywalls and no paid subscriptions
make news, sports, feature stories and more immediately available with one click of a button or one swipe on a keypad.
All content copyright property of The Bandera Prophet