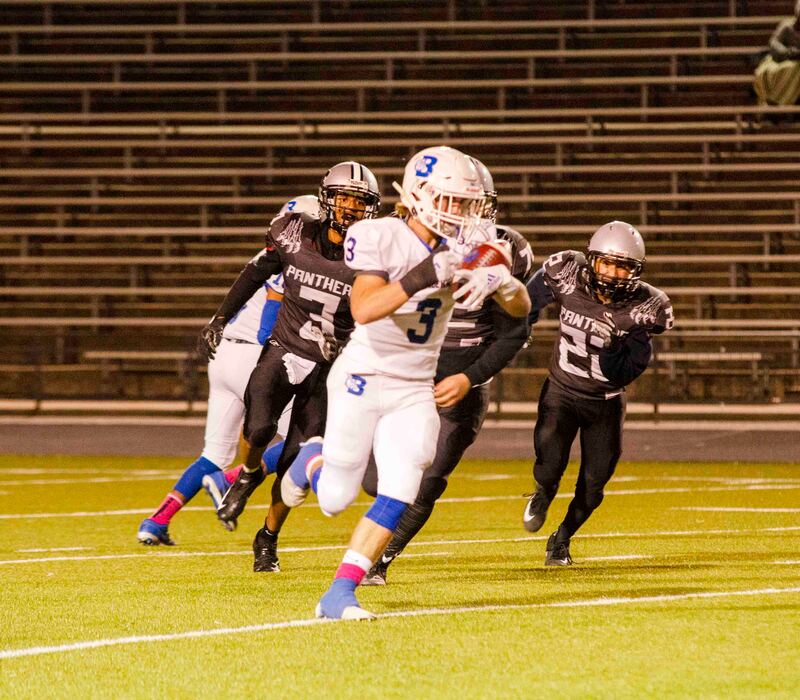 Brock Johnson (3) proved to be the workhorse for the Bulldogs while gaining 136 yards on nine carries. 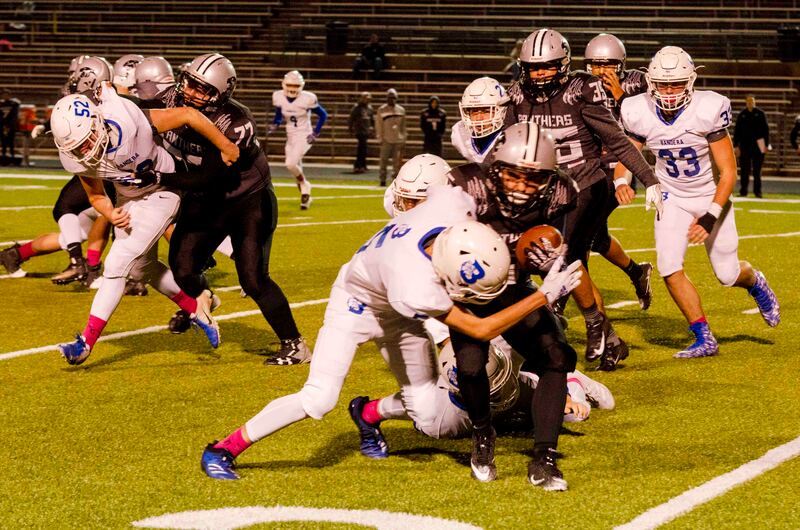 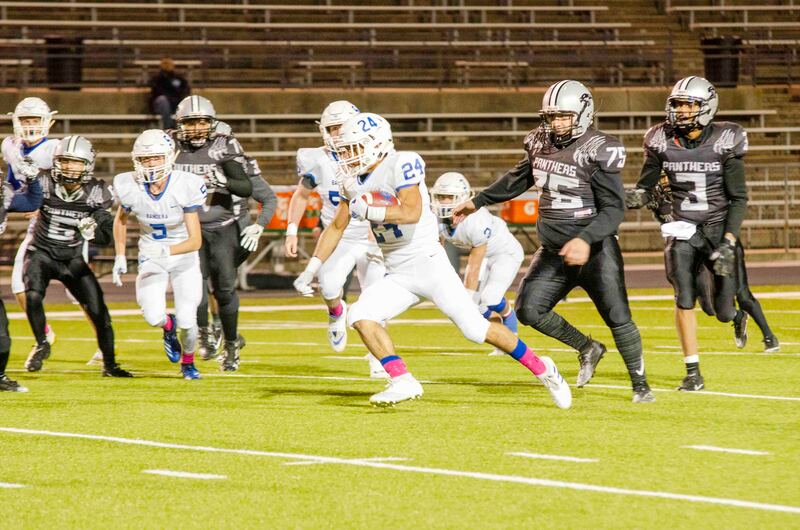 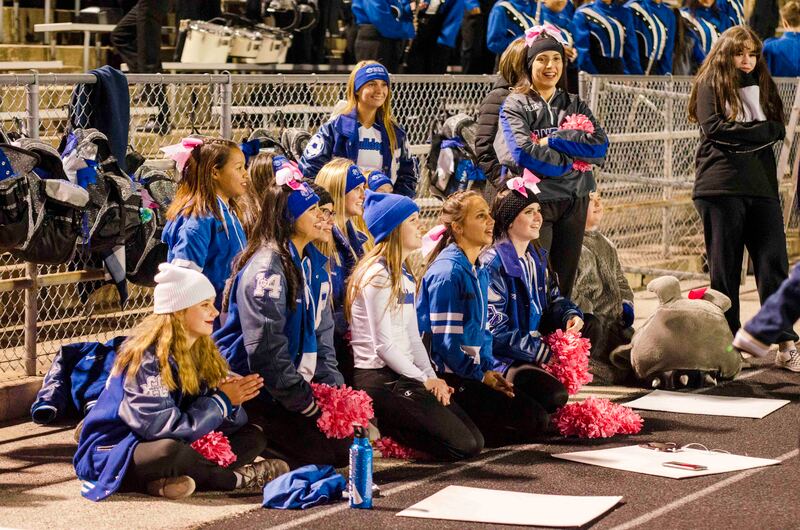 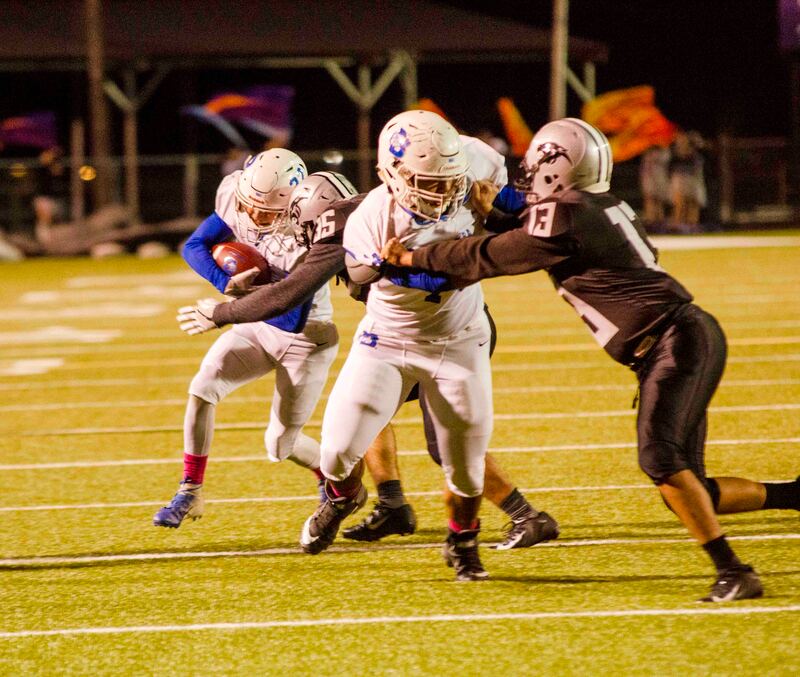 A Bulldog ballcarrier fights for yardage as a teammate blocks downfield. 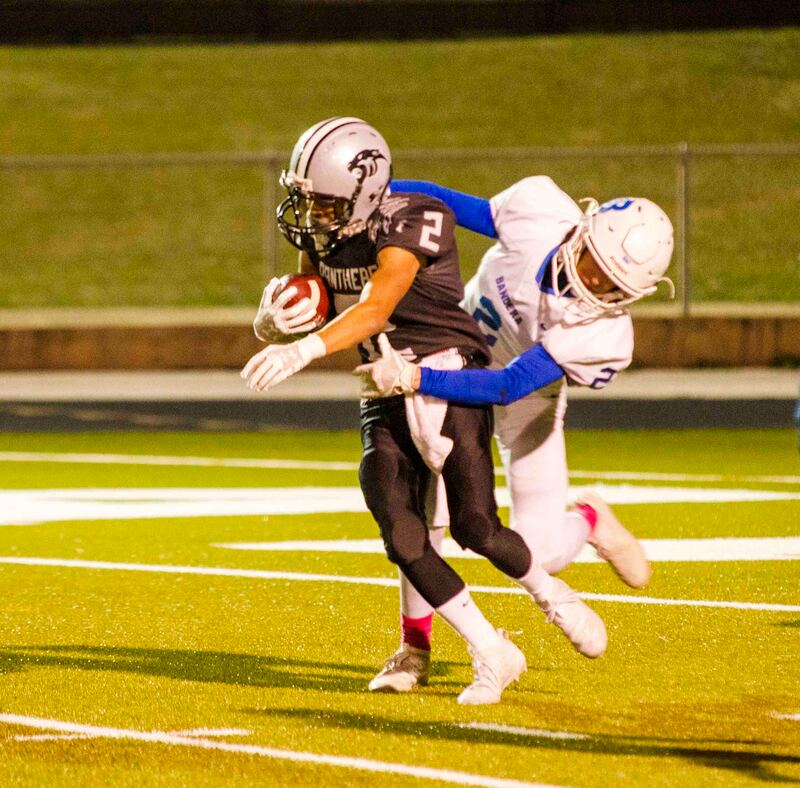 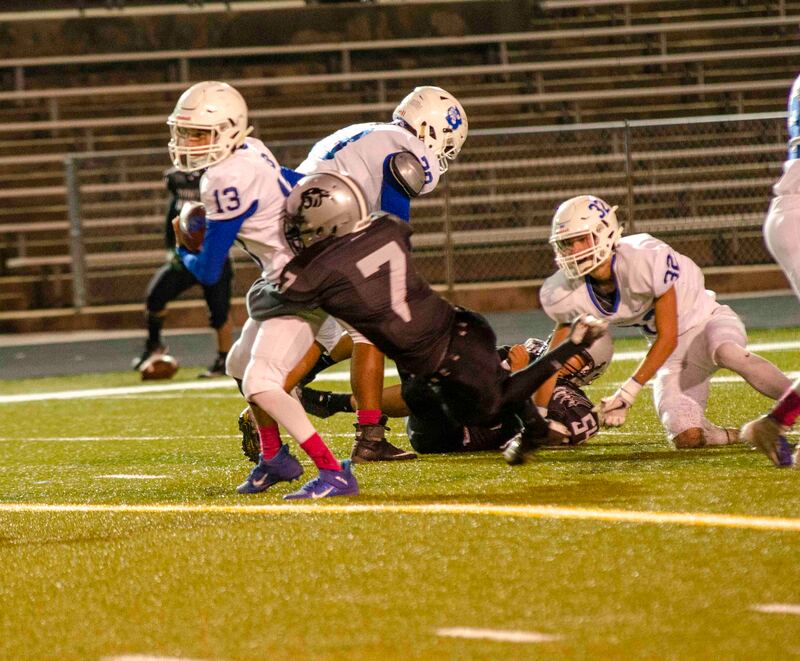 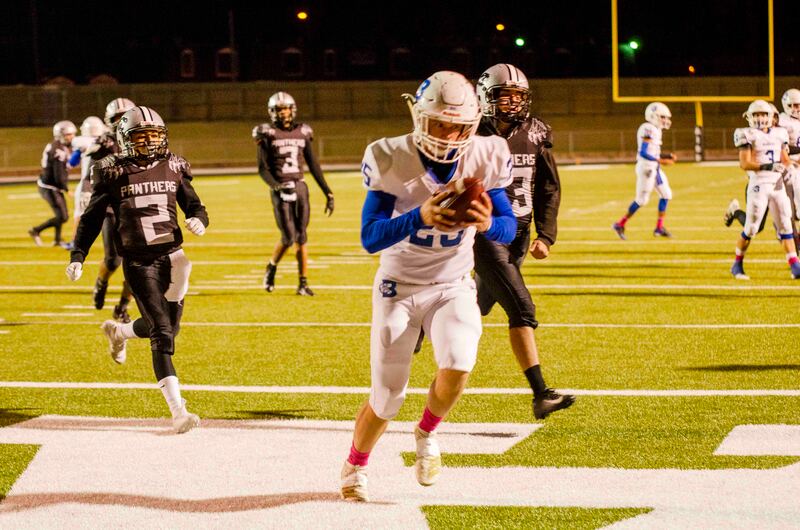 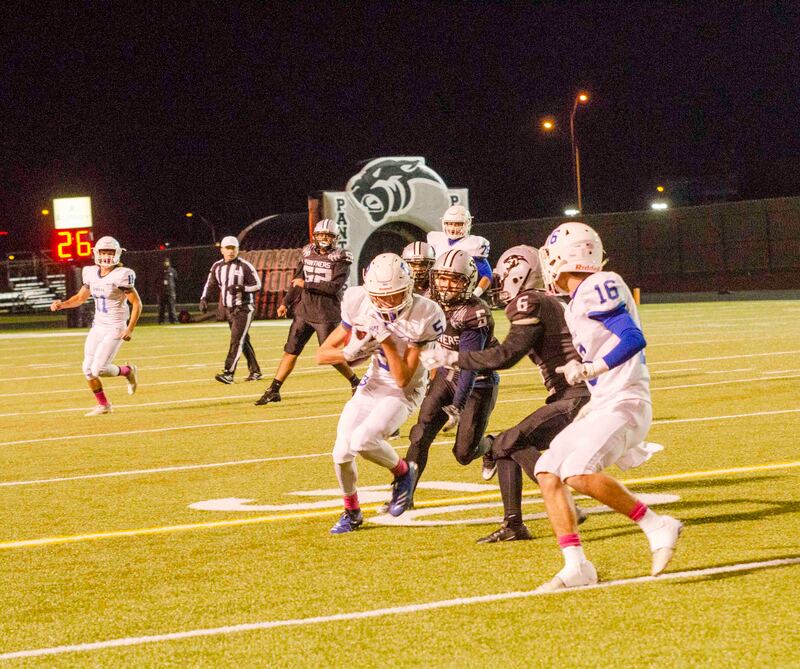 Bandera's Tyler Moore (5) braces for a hit after receiving a Gunnar Brown (11) pass.

The Bandera Bulldogs travelled to Austin's Nelson Stadium to take on the Austin Eastside Memorial Panthers in a rare Thursday night, Halloween game and came away with a 49-6 victory.
The Bulldogs put the game out of reach in the first 12 minutes of the game with a 28-0 score at the end of the first quarter.
Tommy Cardenas rushed for 39 yards on the first score, Mason Phair caught a 43-yard pass from Gunnar Brown for the second, Cardenas romped into the end zone a little later on a 33-yard rush and Phair followed suite, scoring his second touchdown of the night on a Solomon MacNeil pass late in the quarter.
After a scoreless second quarter, Bandera scored twice in the third on a Gunnar Brown to Trace Decker pass and a Will Paul run around the right side. Salazar booted his sixth PAT of the night to make it 42-0, at the end of three.
Both teams got on the scoreboard once in the final stanza with Bandera's Brian Burns rushed for a 39-yard score and Salazar kicked his final PAT of the game.
Eastside Memorial ran back a kickoff 70 yards in the last minute of the game to score their first touchdown of the year, but failed on the two point conversion, to make it a 49-6 final.
Bandera had 461 total yards, 358 rushing and 103 passing, on 46 plays while holding the Panthers to just 62 total yards, all rushing, on 47 plays.
This game gave Bandera an opportunity to play just about everyone on the roster as well as five JV players that made the ride, gaining some valuable varsity experience for next year.
With the win, Bandera moves to 8-1 on the season and 3-1 in district, setting up a "Showdown in Bandera" this Friday when Bandera hosts district leading, Navarro.
The Panthers, unbeaten at 9-0 overall and 4-0 in district, are looking to stay that way going into the first round of playoffs but with a win, the Bulldogs will take a piece of the district championship.
Navarro lost to the 2018 state champs Cuero last year in the Region IV final, 48-23, and graduated a bunch of players. They have just eight starters returning from last year, but the system in place in Navarro keeps the Panther train rolling.
The Bulldogs know what they are going to get Friday night. Navarro averages 23.1 yards per game passing and 391 yards per game on the ground, with a season total of 360 rushes for 3519 yards, so the Bulldog defensive front and linebacker corps will be tested.
Leading rusher, senior Euler De Leon, has 1282 yards on the season, averaging 11.7 yards per carry and had scored 19 TD's so far this year. He is also one of the Panthers linebackers.
Defensively, Mark Wozniak, Brett Butler, Ethan Thomas and Gabriel Means, lead the team in tackles.
Regardless of the outcome Friday night, the Bulldogs are headed somewhere they haven't been for a decade, the playoffs.
The team, and coaching staff, is looking for the stands to be full, everyone in Bulldog Blue and enjoying the end of a spectacular regular season, one that very few believed would happen before the start of the year.
Friday is also Senior Night as well as Military Appreciation Night, so you will want to get there well before the festivities start, somewhere close to 7 p.m., at Bulldog Stadium.