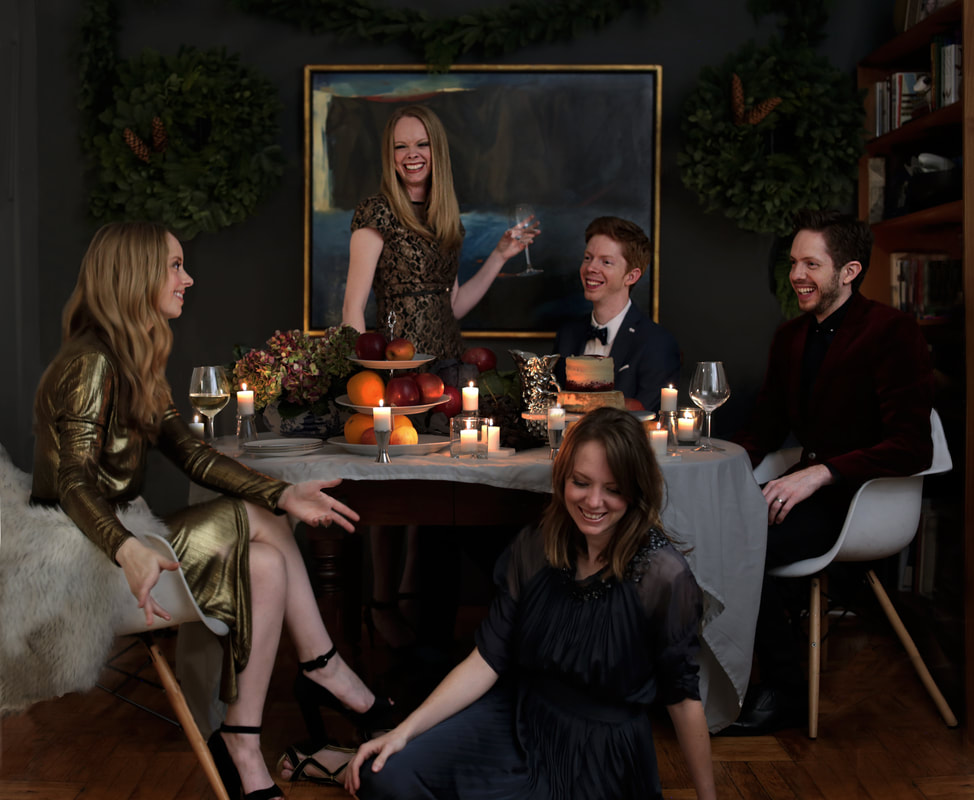 The New York Post has proclaimed: “One family, five pianos and 50 fingers add up to the biggest classical music sensation in years. When these kids do Rachmaninoff, they’ll make you forget about Marshall amps.”

The Fab Five of keyboards

Five Steinway Grand Pianos will literally set the tone on the Champion Auditorium stage for Boerne Performing Arts’ Special Holiday performance by international touring artists, The 5 Browns. The 5 Browns are delivering on their dream to wake up classical music by introducing it to the widest, largest and most excited audience they can find. These exclusive Steinway Artists will present a Christmas program that is sure to jolly up the holidays on Thursday, Dec. 12, at 7:30 p.m., on stage at Champion Auditorium.
Whether performing individually or together in various combinations of solo, duo, or trio, to complex five-piano arrangements, The 5 Browns reveal a deep connection to the intent of their material while bringing a fresh energy and dynamic character to the color and tonal spectrum of their sound. The 5 Browns – Ryan, Melody, Gregory, Deondra and Desirae – all attended New York’s Juilliard School. In fact, they became the first family of five siblings ever accepted simultaneously.
The 5 Browns tour extensively and have performed in numerous international venues including the Grand National Theater in China and Suntory Hall in Japan, and major U.S. venues including: The Kimmel Center (Philadelphia), Symphony Hall (Chicago), Carnegie Hall (New York), and Alice Tully Hall at Lincoln Center (New York City). The quintet has garnered extensive coverage from media outlets ranging from The Tonight Show, Good Morning America, Today, and The View.
As part of the Boerne Performing Arts FOR KIDS program, The 5 Browns will present a special student outreach show, during school hours, which will afford the opportunity for 1,000 local fifth grade students to experience this performing arts event at no cost to the students. Steinway Piano Gallery of Austin-San Antonio, Hearts’ Home Acoustics, Morningside at Menger Springs and the City of Boerne, sponsors for this event, are partnering with Boerne Performing Arts to present world-class performing arts in Kendall County.
For a sneak preview of The 5 Browns, visit www.boerneperformingarts.com, where you can also use their online service for purchasing tickets for this and all Boerne Performing Arts events. Tickets ($20-$60) are also available at the Greater Boerne Chamber of Commerce; online at www.BoernePerformingArts.com; and phone requests may be made at 830-331-9079.
So join in the holiday spirit and hop on a good old-fashioned sleigh ride…performed on five Steinway grand pianos!
The Bandera Prophet is grounded on the premise that relevant news delivery is ever-evolving. Founded by newspaper veterans, the Prophet delivers up-to-date information by writers and photographers who combined have 50-plus years of experience in the field and newsroom. Always free to readers, the Prophet is published on multiple platforms, and shared within the online community to more than 150,000 people. No paywalls and no paid subscriptions make news and feature stories immediately available with one click of a button or one swipe on a keypad.
​
All content copyright property of The Bandera Prophet