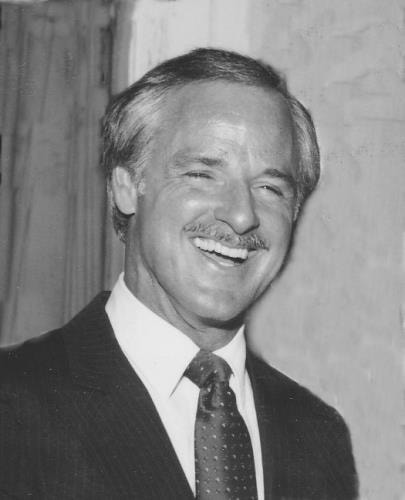 Robert Caswell passed away on Dec. 11, 2019 after a long battle with multiple sclerosis and dementia. He was never defined by his illnesses, and maintained his larger than life spirit until the end.
He was born in New Orleans, Louisiana to Mary Ruth and Erwin Caswell. He graduated in 1964 from Loyola University and was honored as Outstanding Marketing Graduate. He received his law degree from Loyola University and was awarded Man of the Year award in 1967. He served as a Captain in the Adjutant General's office at Fort Sam Houston from 1968-1970, and returned to New Orleans to practice law. He prided himself on serving his clients with ethics and integrity.
In 1980 he moved to Lakehills. In 1981 he began the Great Gumbo Cook-off to help raise funds for the Lakehills Civic Center. Led by his drive and vision, the event would develop into the highly successful Medina Lake Cajun Festival which will mark its 40th year in 2020. He considered his involvement in the festival and his place as its founder one of the great accomplishments of his life.
He is survived by his brother Erwin Caswell, his wife Barbara Engel, his daughters Beth Stephens (Scott,) Celeste Caswell (Sam Martin,) his son Robert (Holly Wherry,) grandchildren Liv and Owen Stephens and Walter Martin-Caswell, and by Judith Caswell, the mother of his children.
He is predeceased by his parents and his brother Michele Caswell.
Donations may be made in his memory to LakehillsCivicCenter.org or the National MS Society.
A Celebration of Life will be held April 4, at 4 p.m., at the Lakehills Civic Center.
The Bandera Prophet is grounded on the premise that relevant news delivery is ever-evolving. Founded by newspaper veterans, the Prophet delivers up-to-date information by writers and photographers who combined have 50-plus years of experience in the field and newsroom. Always free to readers, the Prophet is published on multiple platforms, and shared within the online community to more than 150,000 people. No paywalls and no paid subscriptions make news and feature stories immediately available with one click of a button or one swipe on a keypad.
​
All content copyright property of The Bandera Prophet