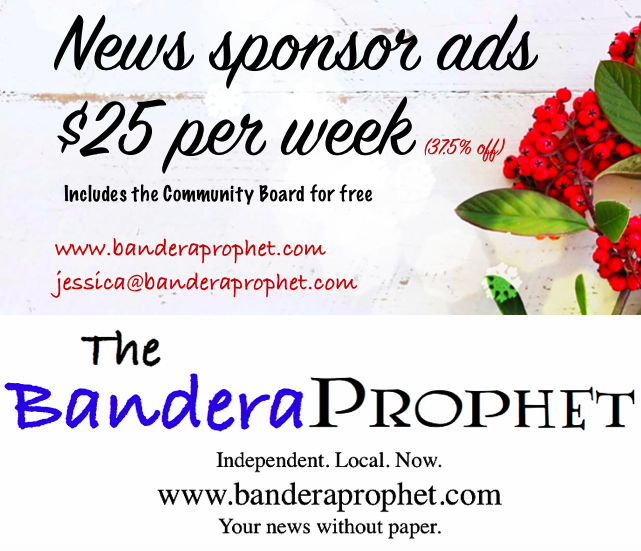 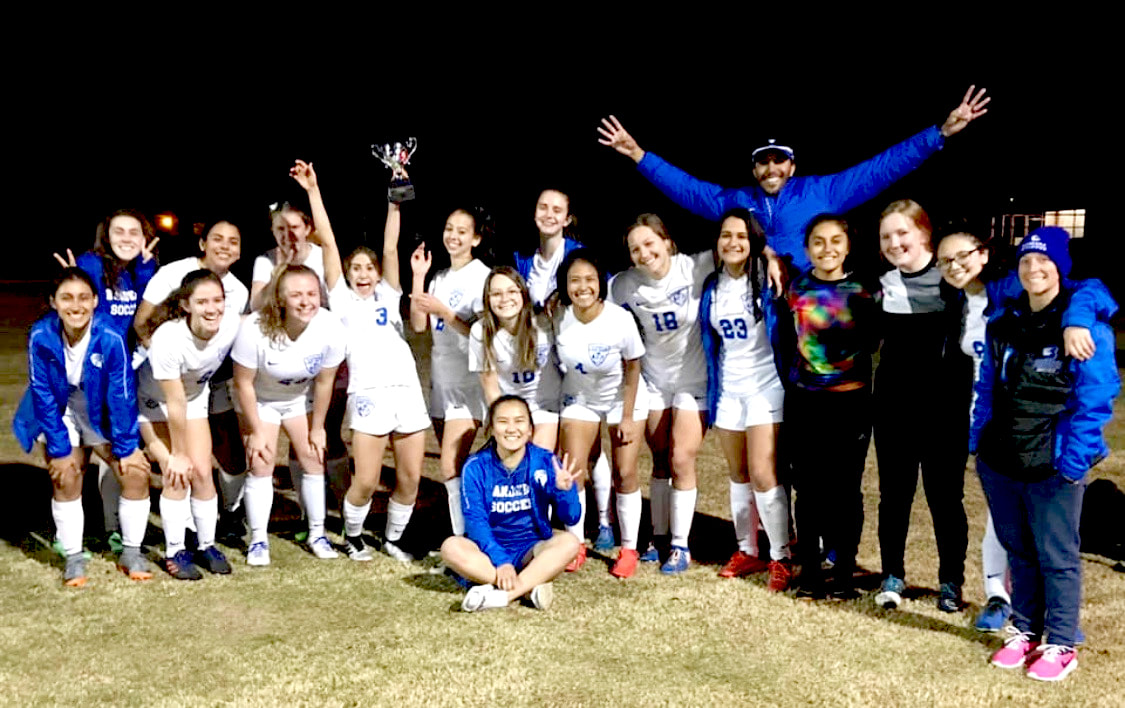 Coach Westley Miller and his charges raise the Silver Division runner up trophy in Pleasanton.

Bandera's Lady Bulldog varsity soccer team entered the 2020 Battle in the Brush Country Soccer Tournament over the weekend and returned home with a good result.
The team played a total of six games over three days while finishing fourth in pool play.
The team opened the tourney with a 3-2 loss to the host team, Pleasanton and then had another one goal loss to London, 2-1.
Things were looking up on the second day with an early 5-1 win over Manor New Tech, but a 2-0 loss to Floresville would move the Lady Bulldogs into the Silver Division for the last day of play.
A good 3-1 win over Canyon Lake would allow Bandera to play London in the championship game.
Looking to avenge that earlier loss, Bandera gave it a shot but came up on the short end of a 4-0 score to take second in the Silver Division and collect the runner up trophy.
Highlights over the three days for Bandera were:
senior Goalkeeper Madison DeLanghe gave up 7 goals on 41 shots in 4.5 games and freshman backup, Bietzel Gonzalez, made eight saves on 14 shots for the balance of other games played.
Halle Rios racked up six goals, one against  Pleasanton, three against Manor and two against Canyon Lake.
Jordan Edwards scored twice against Manor and a single goal against London.
Georgia D'Spain, scored against Canyon Lake and
Hannah Edwards scored a goal against Pleasanton.
Defensive standouts for Bandera were Maci Morrison, Lauren Benedict and DeLanghe, stepping out of the net and onto the field.
"The girls showed a lot of heart in those three days playing together and for each other. I am very proud of the way these young ladies competed throughout the tournament," coach Westley Miller said.
Bandera won their home opener last night by a 3-1 score over the Burnet Lady Bulldogs. More on this game later.
The Bandera Prophet is grounded on the premise that relevant news delivery is ever-evolving. Founded by newspaper veterans, the Prophet delivers up-to-date information by writers and photographers who combined have 50-plus years of experience in the field and newsroom. Always free to readers, the Prophet is published on multiple platforms, and shared within the online community to more than 150,000 people. No paywalls and no paid subscriptions make news and feature stories immediately available with one click of a button or one swipe on a keypad.
​
All content copyright property of The Bandera Prophet