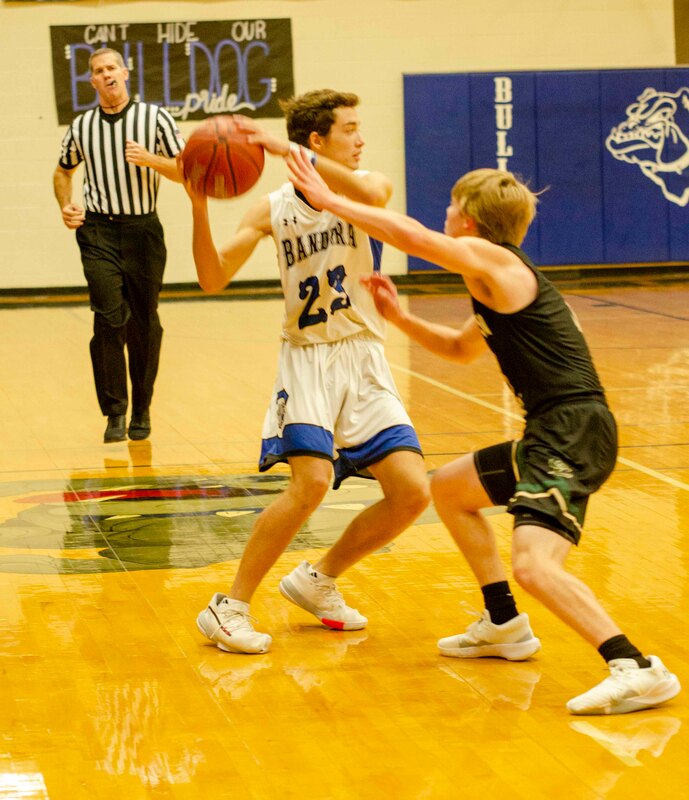 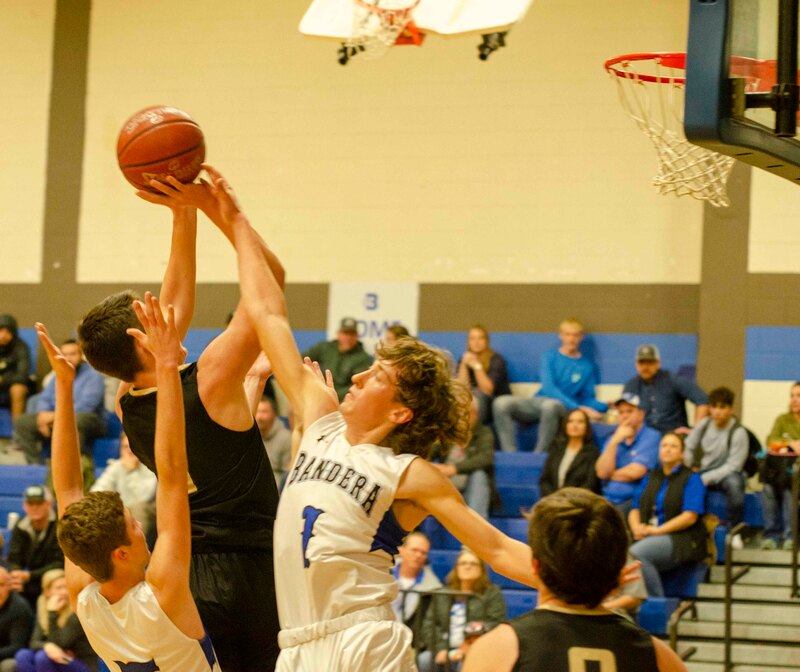 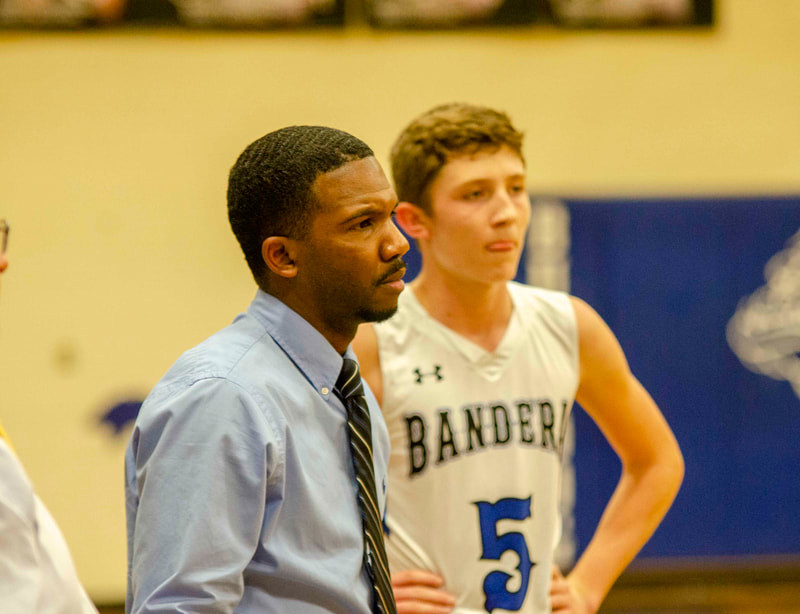 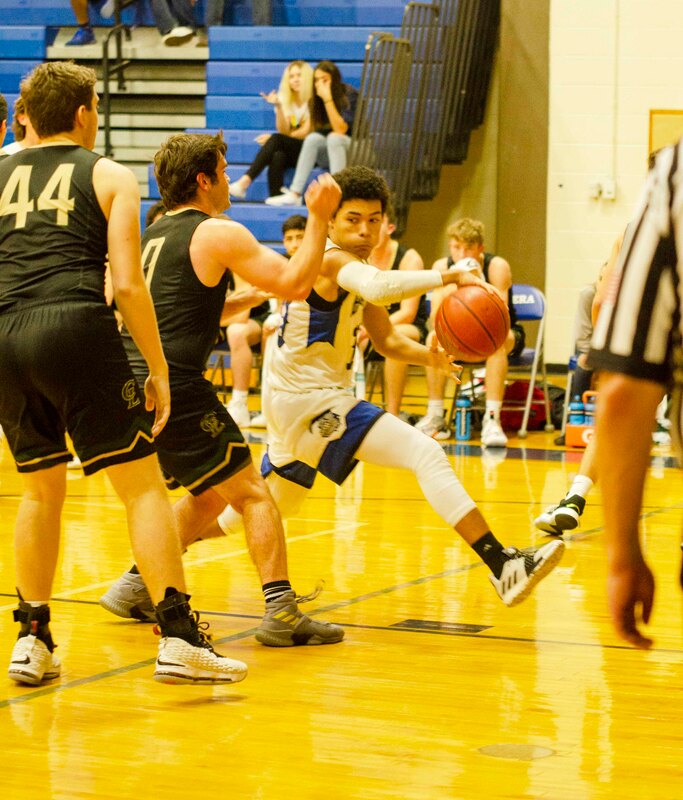 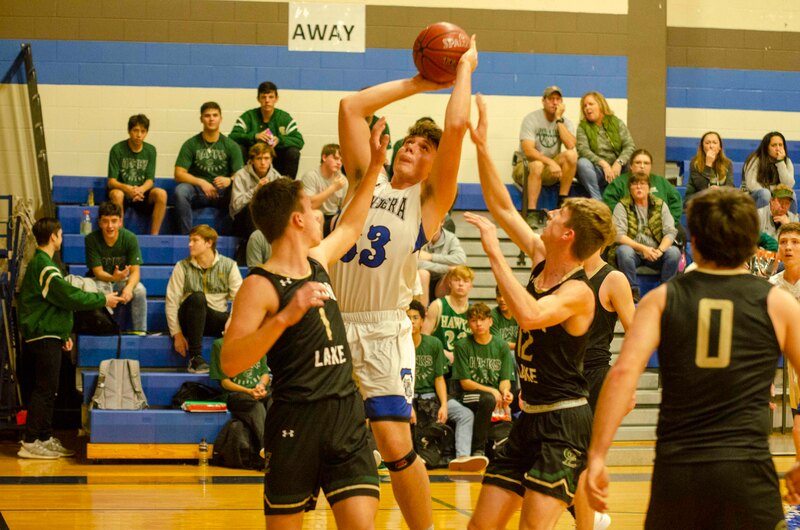 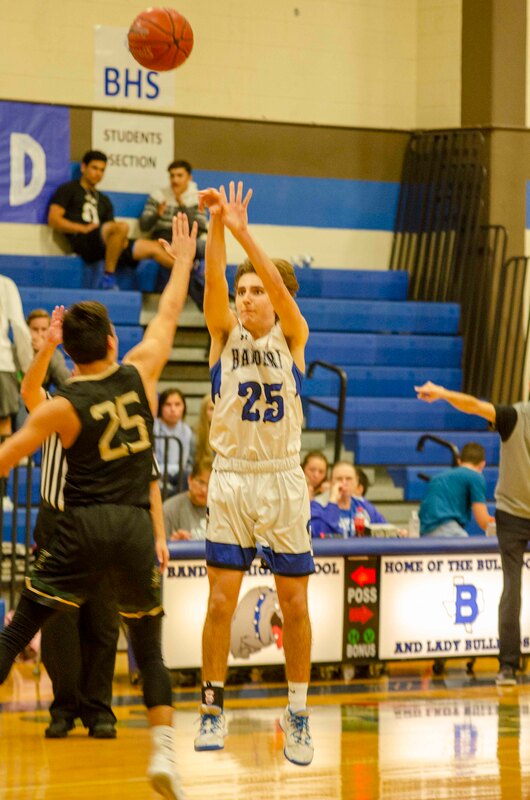 Bandera boys basketball opened the District 28-4A season in their first prime time home game of the season against Canyon Lake  Friday night and suffered a 64-37 loss to the Hawks.
Bandera was led by Gunnar Winkler. His return to the lineup, after a six week layoff due to injury, provided a much needed boost to the Bulldogs offensive effort as evidenced by his team high 13 points.
The game was close through the opening quarter with the Hawks holding onto a slim 17-15 lead after the first, but Canyon Lake took advantage of Bandera's defensive miscues, questionable shot selection and lack of rebounding, to forge a 13 point lead at the half, 35-22.
The second half was much of the same with Canyon Lake extending their lead through both quarters via perimeter shooting and owning the boards at both ends of the floor. That allowed the Hawks to almost double up the Bulldogs, 29 to 15, in the half to take the 64-37 win.
“We have to do a better job rebounding and communicating on defense if we want to compete with the teams in our district.
After twenty five games into the season, we cannot continue with the same mistakes we were making back in November and December and expect to beat good teams.
Offensively, we moved the ball well and got some good looks at the basket, but our shots didn’t fall tonight," coach, Carl Lee said.
Bandera, now at 4-21, (0-1 district) has some issues to work on, but two single digit quarters in a game does not lend itself to many victories.
The Bulldogs will get those issues sorted, it is just a question of when, as coach Lee said.
In other action, the  Hawk's JV and freshmen teams also defeated the Bulldogs, the JV taking a 50-32 victory and the freshmen, a 59-12 win over Bandera.
Bandera will host unbeaten Fredericksburg on Friday night. The 25-0 Billies are currently the number 16 team in state 4A play.
Box Score:
1     2     3     4     Final
Canyon Lake    17  18  15 14    64
Bandera            15   7   11  4     37

Bandera scoring_ Winkler, 13, Trace Decker, 9, Tyler Moore, 4, Liam Demarchi 4, Ethan Langton 4, Liberty Bomer 2, Taylor Brown 1.
and back at home on Friday, January 24th against Fredericksburg. 9th and JV will play at 5 pm, Varsity at 6:30 pm.
Season Record: 4-21 (overall), 0-1 (district)
The Bandera Prophet is grounded on the premise that relevant news delivery is ever-evolving. Founded by newspaper veterans, the Prophet delivers up-to-date information by writers and photographers who combined have 50-plus years of experience in the field and newsroom. Always free to readers, the Prophet is published on multiple platforms, and shared within the online community to more than 150,000 people. No paywalls and no paid subscriptions make news and feature stories immediately available with one click of a button or one swipe on a keypad.
​
All content copyright property of The Bandera Prophet