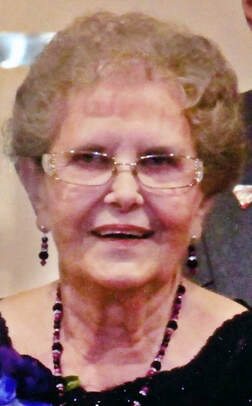 Betty Jean Ringling, 81, of Lakehills, passed away on January 15, 2020 at the hospital in San Antonia. She was born in Mountain, North Dakota to Blake and Ida Basher on April 12, 1938.
Albert (Al) Ringling and Betty were united in holy matrimony on April 3, 1982 in Circle Pines, Minnesota.
Betty went to school at Mountain and West Fargo School systems. After graduation She attended Business School. Betty worked as a mother and house wife raising three boys until she began to work for Control Data Corporation of Minneapolis, Minnesota, were she continued to work until retirement. She was involved in many things throughout her life including supporting her children in all their activities. After moving to Lakehills, Betty spent most of her time at the Senior Center in Bandera, creating fantastic quilts and sharing her vast knowledge of sewing.
Betty Jean Ringling is proceeded in death by her parent Blake and Ida Basher; her two older brothers Kenneth and Keith Basher; and it is assumed her missing son David Rickbeil.
Betty is survived by her husband Albert Ringling; her sons Blake and Tim Rickbeil; step-daughters Cheryl Tate and Melody Stewart; nine grandchildren; eight great grand-children; so many wonderful cousins and one fantastic great aunt Corine.
Because of family and friends being in two different places there were two separate visitations and services:
First, February 8, at St. Paul's Lutheran Church in Bertha, Minnesota. The second, February 18, at Grimes Funeral Home.
Burial followed at Fort Sam Houston National Cemetery in San Antonio.
Honorary Pallbearers were all Betty and Albert's grandchildren and great grandchildren.
Memorials may be given to St. Paul's Lutheran Church in Bertha, 203 1st Ave. S.E, Bertha Minnesota 56437.
The family of Betty Jean Ringling wishes to extend our sincere thanks to all the doctors, nurses, and all who took charge of her care along with the LWML at St. Paul's and her Quilting family in Bandera for serving the luncheons.
The family invites you to send condolences at www.grimefuneralchapels.com by selecting the “Send Condolences” link.
Funeral arrangements were entrusted to Grimes Funeral Chapels of Bandera. ​
The Bandera Prophet is grounded on the premise that relevant news delivery is ever-evolving. Founded by newspaper veterans, the Prophet delivers up-to-date information by writers and photographers who combined have 50-plus years of experience in the field and newsroom. Always free to readers, the Prophet is published on multiple platforms, and shared within the online community to more than 150,000 people. No paywalls and no paid subscriptions make news and feature stories immediately available with one click of a button or one swipe on a keypad.
​
All content copyright property of The Bandera Prophet