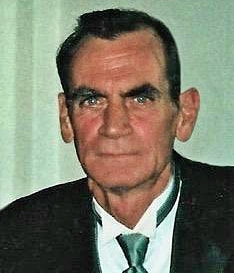 Francis Michael Montague, III, known as Frank or Bub to his friends and family, was born to Virginia and Frank Montague, Jr., Oct. 20, 1947. After arduous bouts with cancer, Bub succumbed to meet his Lord and Savior on Sunday, Feb. 2, 2020.
He was a lifelong resident of Bandera County, residing most of his life on Montague Ranch. He attended St. Joseph Catholic School, Central Catholic High School, Southwest Texas Junior College, Sul Ross and Southwest Texas Universities.
Bub was a career banker presiding over the First National Bank of Bandera and Stockman National Bank of Cotulla.
Bub was preceded in death by his father, Frank Montague, Jr.; sister Margaret Howison; brothers Charles, Bill and John Montague; and his inlaws: Rosy and Steele Cover and sister-in-law Kay Cover Fowler.
Bub is survived by his beloved family, wife of 50 years Susan Jayne Cover Montague, and their children and grandchildren: Frank and Amy Montague and their children Calli, Chase and Casey; Steele and Robin Montague; and Mike and Dana Dannelly along with their children Mikayla and Michael.
He is further survived by his mother, Virginia Montague; aunt Charlotte
Jaeckle; and uncles Father George Montague and Paul Gowen. He is also survived by Jane Montague; Jack Howison; Laura and Deg Priest; Janett and Fred Moore; Kathleen Montague and John Singleton; Ann and George Montague; Trish and Owen Weaver; 34 nieces and nephews; 41 grandnieces and nephews; seven great-grandnieces; and a multitude of cousins and friends.
A Celebration of Life will be held Friday, Feb. 7, at 6 p.m., at Grimes Funeral Chapels, Bandera. A shortened version of the of the Holy Rosary and Mass of the Resurrection at St. Stanislaus Catholic Church in Bandera, on Saturday, Feb. 8, at 1 p.m., officiated by Father George Montague. A private burial will be at a later date.
The Bandera Prophet is grounded on the premise that relevant news delivery is ever-evolving. Founded by newspaper veterans, the Prophet delivers up-to-date information by writers and photographers who combined have 50-plus years of experience in the field and newsroom. Completely free to readers, the Prophet is published on multiple platforms, and shared within the online community. No paywalls and no paid subscriptions
make news, sports, feature stories and more immediately available with one click of a button or one swipe on a keypad.
All content copyright property of The Bandera Prophet