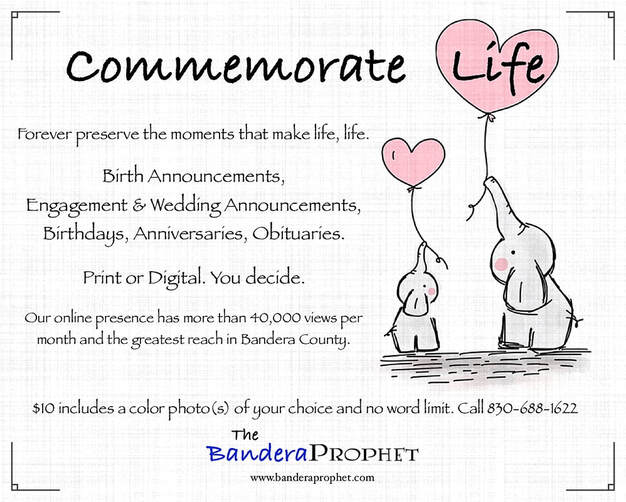 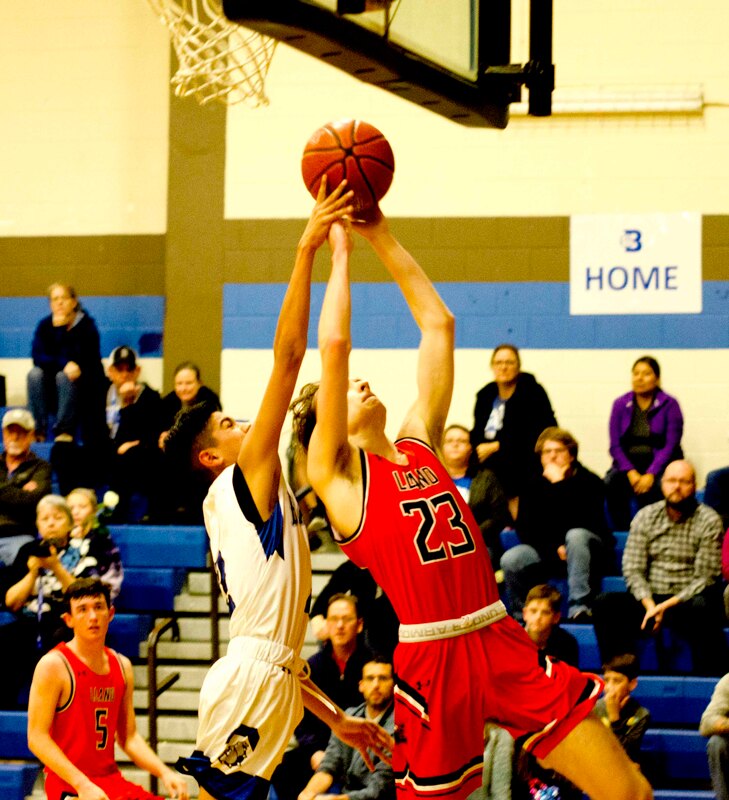 A Bulldog gets a piece of a Llano layup attempt in the 65-55 win over the Yellowjackets. 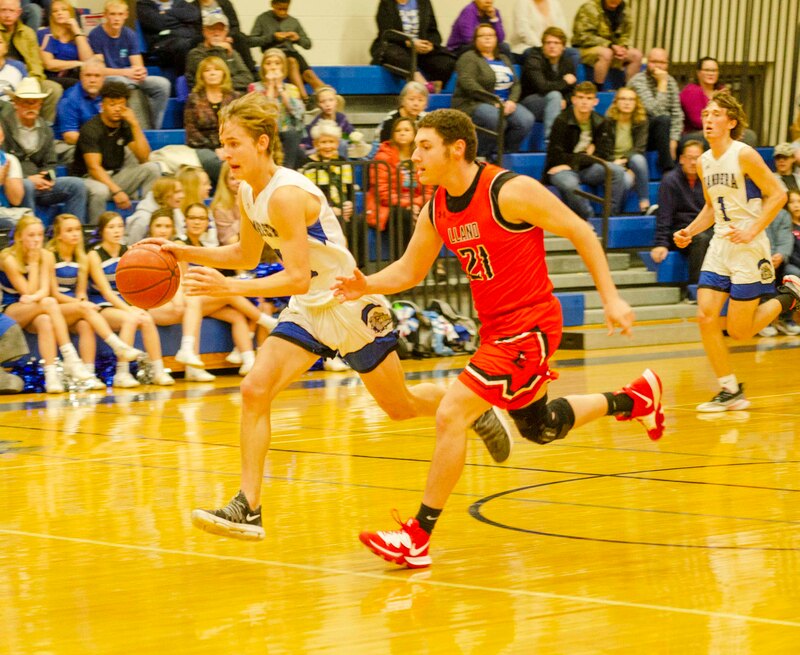 Bulldog Kyle Corbin and his teammates stayed alive in their quest to make to UIL playoffs with a 65-55 decision over Llano Tuesday night.

District 28-4A
Boys Varsity Basketball
Tuesday night had plenty of action for the final scheduled games in District 28-4A.
By the end of play, Boerne had ruined a perfect season, Wimberley helped Bandera with a win and the Bulldogs helped their own cause with a win.
Fredericksburg, 32-0 on the season, was looking to finish district unbeaten but would have to get by the Boerne Greyhounds, the only team that had given the Billies scare in the first round, where the Billies won a 56-53 OT decision
As predicted, the second game was another nail-biter, with Boerne getting the upper hand on this go around, holding on for a 53-52 victory, to end Fred's bid for a perfect season.
Bandera was going to need a little help to stay alive in district. The Bulldogs needed a win over Llano and hope that third place Wimberley could dish out a loss to Canyon Lake.
If both of those happened, it would force a play-in game between Bandera and Canyon Lake to determine the district's four seed for the upcoming playoffs.
Canyon Lake did everything they could to not have that play-in game happen.
The Hawks battled back from a 29-24 halftime deficit to tie the Texans at the end of regulation with both teams knotted at 50.
The Texans took charge in OT, outscoring the Hawks by 10, 16-6, to get the win and lend a helping hand to the Bulldogs.
All that was left was for the Bulldogs to handle business against the Yellowjackets on Senior/Parents Night in front of a somewhat sparse home crowd.
The Bulldogs came out and played one of their better quarters of the season, taking a 20-11 lead at the end of one, in spite of going 0-8 from three-point land.
Both teams played even in the second stanza, with Bandera protecting a 30-22 lead at the half.
The Yellowjackets scored 33 in the second half, but couldn't keep pace with the Bulldogs 35 points, allowing Bandera to take a 65-55 decision and force the play-in game against Canyon Lake on Friday.
Trace Decker led Bandera scoring with 20 points with Tyler Moore and Liam Demarchi adding 15 and 13 points respectively.

District 28-4A Final standings
Fredericksburg 9-1
Boerne                 9-1
Wimberley         5-4
Bandera               3-7
Canyon Lake      3-7
Llano                    0-10
The Bandera Prophet is grounded on the premise that relevant news delivery is ever-evolving. Founded by newspaper veterans, the Prophet delivers up-to-date information by writers and photographers who combined have 50-plus years of experience in the field and newsroom. Always free to readers, the Prophet is published on multiple platforms, and shared within the online community to more than 150,000 people. No paywalls and no paid subscriptions make news and feature stories immediately available with one click of a button or one swipe on a keypad.
​
All content copyright property of The Bandera Prophet