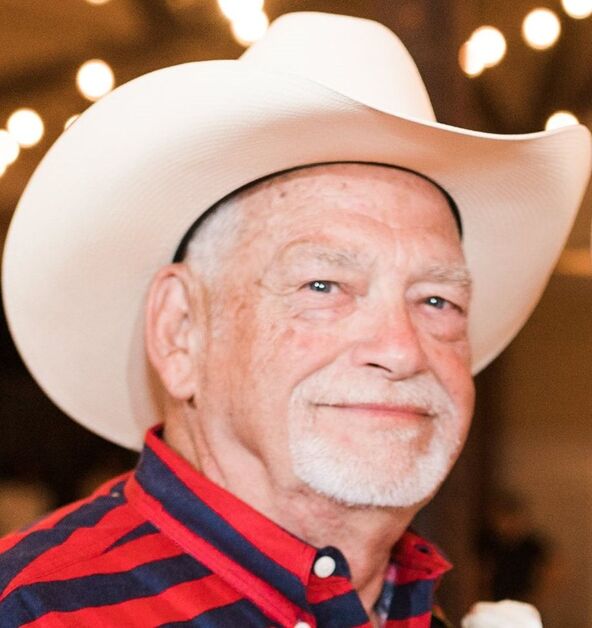 Kenneth Felten, age 80, of Bandera, passed away on Friday, March 27, in his Bandera home. He was born in Chicago, Illinois to Virgil and Eleanor Felten on Feb. 4, 1940. He married Linda Sherer on May 21, 1961 in Chicago.
Ken is remembered as a gentle, fun-loving and dedicated husband, father, brother and family man. He was truly the life of every family gathering. His jokes and stories will live on in the hearts of everyone who knew him.
After attending Carl Schurz high school in Chicago, Ken graduated from Devry Technical Institute. He worked for Zenith Radio Corporation as a production manager before starting his own TV sales and service business, Ken’s TV, in 1977 in Bandera. During his 45 years in business, he serviced over five counties installing satellites, fixing televisions and making friends everywhere he went.
Heavily involved as a member of his congregation at Grace Lutheran Church, Ken served for many years as a member of the church council, including two terms as church president, and a Sunday school teacher. Beyond formal titles, he could always be found at volunteer events and social gatherings lending a hand. He lived to serve others, even if that just meant putting a smile on your face.
Ken spent much of his daughter’s formative years taking them to local rodeos, and later spent many evenings and weekends attending sporting events to cheer on his grandkids. He was truly happiest when supporting his family and is remembered by his kids and grandkids as their biggest supporter.
Ken is preceded in death by his father Virgil Felten, and his mother Eleanor Felten.
Ken is survived by his wife Linda Felten; oldest daughter Dina Buettner and husband Karl Buettner; middle daughter Shayne Brown and husband Leroy Brown; youngest daughter Tracy Rhodes and husband Rocky Rhodes; brother Robert “Bob” Felten and wife Donna Felten; sister Mitzi Underwood and husband Francis Underwood; grandchildren Davis Buettner, Hannah Buettner, Gage Brown, Gunnar Brown, Stella Brown, Stoney Rhodes and Stormy Rhodes; and many beloved extended family and friends.
He was truly loved by all who knew him and will be missed deeply.
No visitation or funeral service will be held at this time. A celebration of life will be held at a later date.
Memorial contributions may be made to Grace Lutheran Church of Bandera at PO Box 1226 Bandera, Texas 78003.
The family of Ken Felten wishes to extend our sincere thanks to the members of Grace Lutheran Church and all who have extended their thoughts and prayers in this difficult time.
The family invites you to send condolences to www.grimesfuneralchapels.com by selecting the “Send Condolences” link.
Funeral arrangements are entrusted to Grimes Funeral Chapels of Bandera.
The Bandera Prophet is grounded on the premise that relevant news delivery is ever-evolving. Founded by newspaper veterans, the Prophet delivers up-to-date information by writers and photographers who combined have 50-plus years of experience in the field and newsroom. Completely free to readers, the Prophet is published on multiple platforms, and shared within the online community. No paywalls and no paid subscriptions
make news, sports, feature stories and more immediately available with one click of a button or one swipe on a keypad.
All content copyright property of The Bandera Prophet