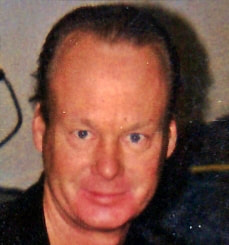 David Lynn Johnson, 58, passed away on April 7, 2020 in Bandera. He was born in Santa Cruz, California on May 21, 1961 and raised by his grandparents Marley and Eunice Johnson.
He went to school in Bandera and graduated from Bandera High School. David worked as a glazier, painter.
David Johnson was preceded in death by his grandparents Marley and Eunice Johnson; and his mother Edna Johnson.
He is survived by his sister Connie Herzog.
David's wishes were to be cremated and his remains scattered under the oak tree next to his home.
The Bandera Prophet is grounded on the premise that relevant news delivery is ever-evolving. Founded by newspaper veterans, the Prophet delivers up-to-date information by writers and photographers who combined have 50-plus years of experience in the field and newsroom. Completely free to readers, the Prophet is published on multiple platforms, and shared within the online community. No paywalls and no paid subscriptions
make news, sports, feature stories and more immediately available with one click of a button or one swipe on a keypad.
All content copyright property of The Bandera Prophet