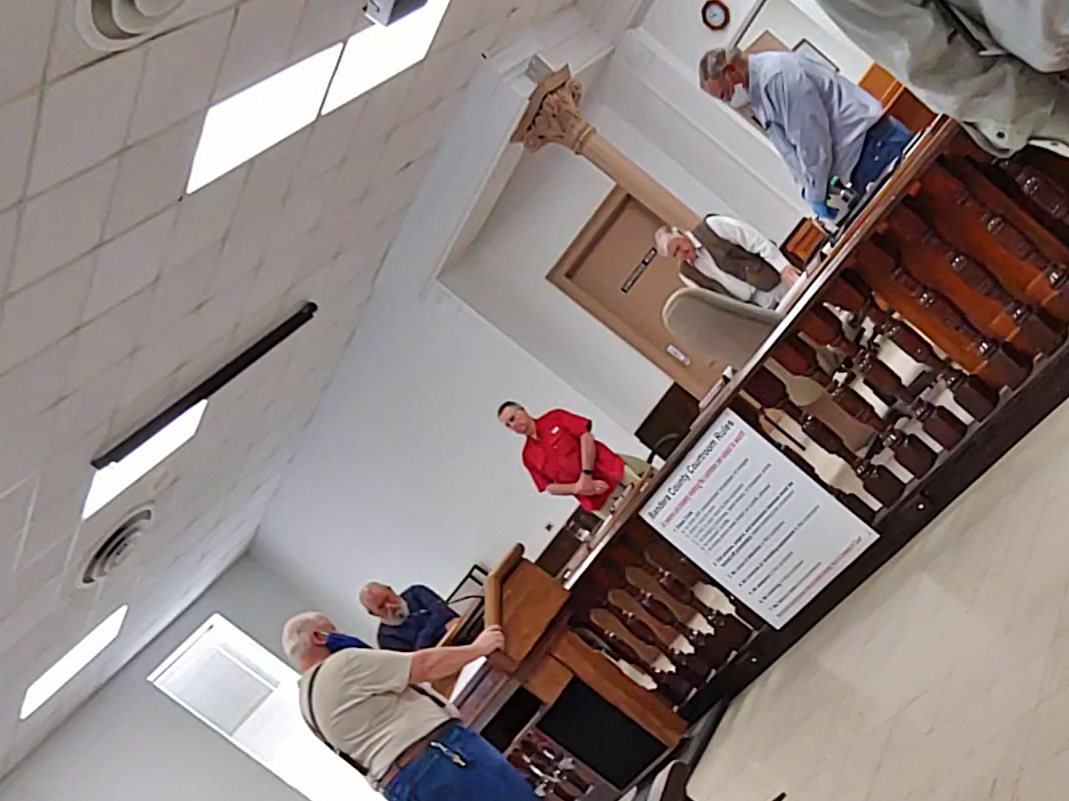 Bandera County commissioners extended the disaster declaration this morning, which will remain in effect for as long as the governor’s emergency order. The only addition is the closure of river crossings at all state and county roads.
“Hopefully we get things loosened up soon,” County Judge Richard Evans said.
Concerned about essential workers who daily go to work outside of their homes, Commissioner Jody Rutherford said he would prefer the emergency order remain in effect longer than two weeks, when the governor’s order is set to expire.
“I think if we open this up too soon, we’ll bring a lot of people in county that we don’t know anything about,” Rutherford said.
Commissioner Bobby Harris said he fields 30 to 40 calls per day from people asking to access the county park in Lakehills.
“I don’t want to see a hotbed in our county,” Rutherford said.
Emergency Management Coordinator Carey Reed said Bandera County is holding steady at two confirmed CoViD-19 cases. Despite speculation and chatter on social media, Reed said the latest case does not reside in Wharton’s Dock, nor did the patient expose co-workers to the disease.
“This person had not been working for the past few weeks before showing symptoms,” Reed said, adding the state health department followed up and did not feel the need to place anyone else under a 14-day self-monitoring.
Because the person was not able to recount where they may have been exposed, the case is considered community spread. The person who first tested positive remains in a Kerrville hospital.
The Bandera Prophet is grounded on the premise that relevant news delivery is ever-evolving. Founded by newspaper veterans, the Prophet delivers up-to-date information by writers and photographers who combined have 50-plus years of experience in the field and newsroom. Completely free to readers, the Prophet is published on multiple platforms, and shared within the online community. No paywalls and no paid subscriptions
make news, sports, feature stories and more immediately available with one click of a button or one swipe on a keypad.
All content copyright property of The Bandera Prophet