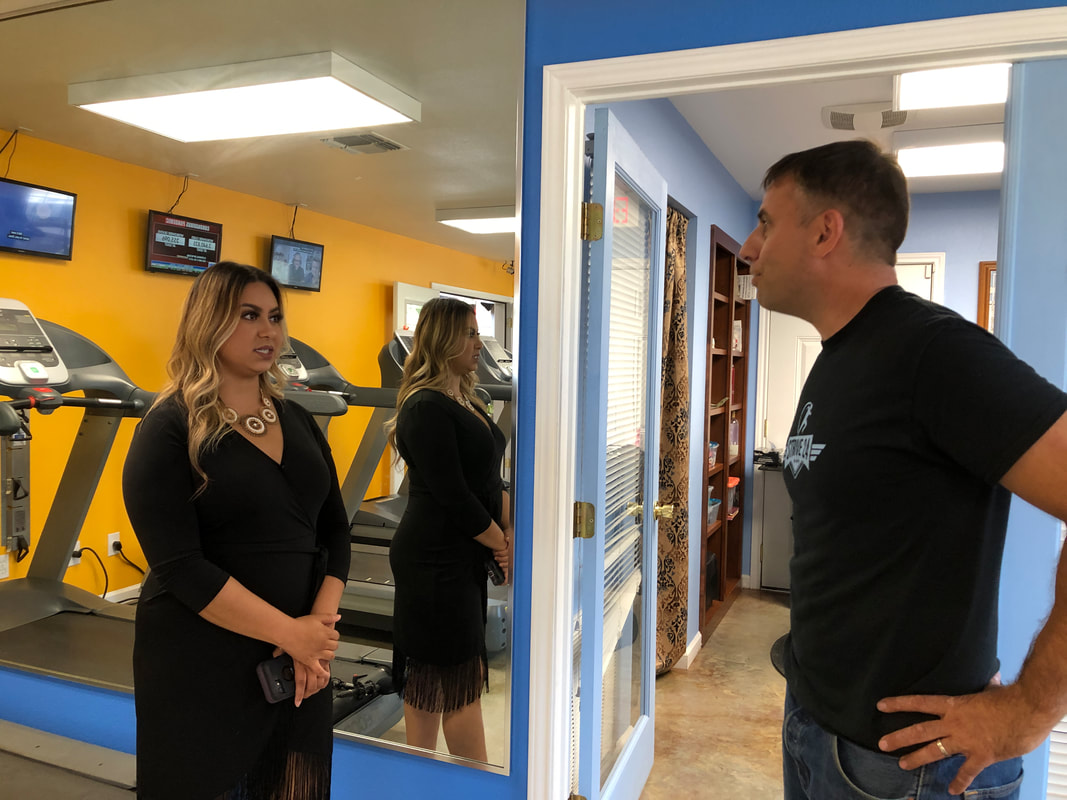 Vinny Mifsud, owner of Strive 24 gym in Lakehills, received a citation today for opening his gym and hair salon in violation of Governor Abbott’s executive order to remain closed until May 18.
While the sheriff’s deputy did not come to the gym in person, he told Mifsud by phone that he would receive the citation by email, and Mifsud was informed the penalty would be $1,000 a day for each day he remains open, or 180 days in jail. Mifsud said he will not pay the fine.
“I want Bandera County to lead the way, standing up for our businesses. We can do it carefully,” Mifsud said.
The news of Strive 24 being open reached the FOX News people, who considered it quite a story. Reporter Alejandra Guzman came out and interviewed Mifsud. She also interviewed gym member Kira Newman, who was working out, and Joey Bess, who was getting a haircut in the salon. Her news piece will run on FOX News at 9 p.m. this evening.
Mifsud said he read the U.S. Constitution and called it a beautiful document that protects our rights. He claims no politician, including our governor, should step on our national constitution.
“The constitution evens trumps Trump,” Mifsud said.
Mifsud plans to contest the citation and he believes he has local support to be able to win his case. Further, he said he has never received a stimulus check and he needs to support his family. That is why his facility remains open.
Strive 24 is located at 8500 FM 1283. To show support, call 830-476-7620. Follow them on Facebook at https://www.facebook.com/groups/775214245929618/
The Bandera Prophet is grounded on the premise that relevant news delivery is ever-evolving. Founded by newspaper veterans, the Prophet delivers up-to-date information by writers and photographers who combined have 50-plus years of experience in the field and newsroom. Always free to readers, the Prophet is published on multiple platforms, and shared within the online community to more than 150,000 people. No paywalls and no paid subscriptions make news and feature stories immediately available with one click of a button or one swipe on a keypad.
​
All content copyright property of The Bandera Prophet