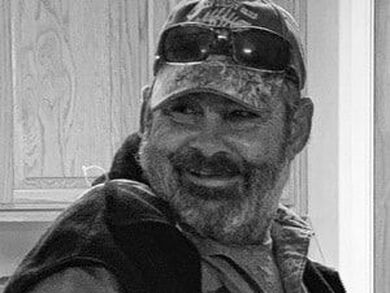 Steve Stolzer of Tarpley died suddenly on May 17, 2020 in Port O'Connor. Steve was an Eagle Scout, Vigil Honor member of the Order of the Arrow, was Lodge Chief as a youth, received the OA Founder's Award, and was an OA Numbered Certificate recipient. He spent 48 years as a scout and a scouter and was always focused on the experiences of scouts...from fishing and knot tying to hiking and self-sufficiency.
As an avid hunter and fisherman, he loved nothing more than to get up before the crack of dawn, pull on waders, and load up in the boat with decoys to go out and hunt ducks. As the day wore on, he would put down his shotgun, pick up his fishing pole, and wade, casting for reds and trout. Quick witted, upon learning of a friend's pending marriage, he once lamented, "what kind of asshole plans a wedding on opening day of hunting season!"
Steve never knew a stranger and had the gift of being able to connect with people at any level, whether it was the CEO of a corporation or a kid trying to learn how to fish. He was always on a quest for knowledge, was a devoted friend, and a dandy husband. He was a kind spirit and a magnet for people of all walks of life. He saw strengths in people they could not see in themselves.
He is survived by his wife Naylene, who never had to do his laundry. He is survived by his parents Elsie Ann and John; his brother Mark; nephew Nathan; his in-laws Frank and Shirley; and his pups Roadie, Gertie and Chappie. He is also survived by his friends in scouting: Frank, Ronnie, Ken, Brent, Vince, Dan, Scott, Todd, Dean, Jon, Dane, Carmie, Steve, Paul, Mindy, Lynn, John, Ryan, Keerra, Karl, Chuck, Jay, Gay and many others.
Due to Covid-19, there will be no service at this time. When it is safe to do so, there will be a celebration of Steve to be announced at a later date.
The Bandera Prophet is grounded on the premise that relevant news delivery is ever-evolving. Founded by newspaper veterans, the Prophet delivers up-to-date information by writers and photographers who combined have 50-plus years of experience in the field and newsroom. Always free to readers, the Prophet is published on multiple platforms, and shared within the online community to more than 150,000 people. No paywalls and no paid subscriptions make news and feature stories immediately available with one click of a button or one swipe on a keypad.
​
All content copyright property of The Bandera Prophet