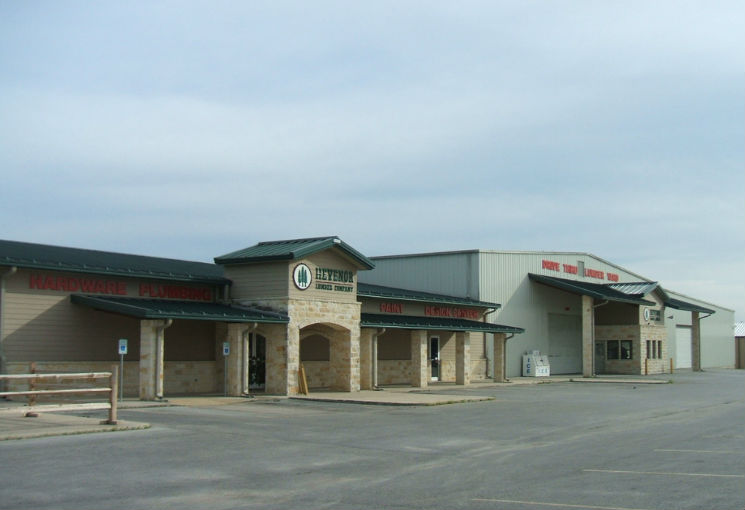 A Bandera County man died on Thursday after shooting himself inside Hevenor Lumber Company. The man, 26, broke into the lumber and hardware store after it closed Wednesday evening. The Prophet is not revealing his name to respect his family’s privacy.
According to Bandera County Chief Deputy Matt King, a passer-by called authorities at 7:28 p.m., after the man was seen throwing a rock at the front door of Hevenor’s, breaking the glass. King said surveillance cameras recorded the man walking to the gun cabinet, taking a gun and going through boxes of bullets.
King said when deputies arrived, they ducked under the push bar of the broken door and heard a “pop.”
“The deputies had no interaction,” King said, adding he notified the Texas Rangers to perform a separate investigation - which is protocol for whenever a Texas law enforcement officer is involved in a ‘line-of-duty shooting.’ “This was all captured on camera.”
King said the man made no attempt to steal anything. Airlife was called, but a severe thunderstorm with tornado warnings had just been issued, and the weather was too dangerous to fly in. The man was transported by ambulance to University Hospital, where he died the next morning. ​
The Bandera Prophet is grounded on the premise that relevant news delivery is ever-evolving. Founded by newspaper veterans, the Prophet delivers up-to-date information by writers and photographers who combined have 50-plus years of experience in the field and newsroom. Completely free to readers, the Prophet is published on multiple platforms, and shared within the online community. No paywalls and no paid subscriptions
make news, sports, feature stories and more immediately available with one click of a button or one swipe on a keypad.
All content copyright property of The Bandera Prophet