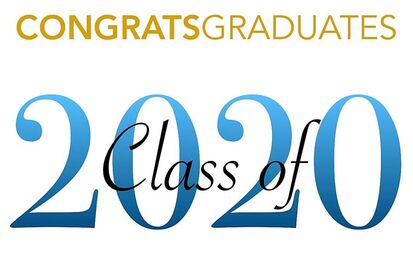 Celebrating their grand opening in Bandera tomorrow, the Bandera County Produce & Market is joining the Cedar Street Market team. This Saturday, from 10 a.m. to 5 p.m., the produce market will expand from its Lakehills home-base to Bandera, and they’re bringing more than 50 different fruits and veggies fresh from the farm.
Inspired by her mother, who moved to Bandera County from Virginia, Ginger Puckett opened the produce market in August 2018, as a way to ease her transition and fill a void in the community.
“My mother was used to driving a few minutes to get fresh vegetables and fruit. Here in Pipe Creek, it was harder to do that,” Puckett said. “It wasn’t so much to make money. I’m a firm believer in doing things for the community. I thought if we provided affordable fruits and vegetables, people could live healthier lives.”
The business is operated by four generations of women - Puckett’s mother does some of the bookkeeping and artwork (she paints wooden cutout bunnies  - the produce market’s mascot); Puckett is the acting CEO and behind-the-scenes manager; Puckett’s two daughters supervise the stores; and her two granddaughters work in the stores.
“We’re kind of proud that we’re four generations running our own business,” Puckett said. “Teenagers to 86 years old.”
Last year, the produce market donated more than 200 “bunny baskets” of fresh produce to the community. Every week, they donate three to the Bandera County Boys & Girls Club, and the local churches help distribute to families in need.
“This is our way to give back,” Puckett said.
The food Puckett donates and sells is “as local as possible,” she said. A lot of produce comes from Texas, however she will purchase from farmers within the U.S. and beyond its borders to get people what they’ve requested.
“It all comes right off the farms and trains. It never goes to the grocery store,” Puckett said, who buys bananas, mangos, kiwis, plums, grapes, cantaloupe, watermelon and other fruits, several kinds of potatoes, squashes, onions, garlic, ginger root, local honey and all manner of veggies, to deliver right to the produce market.
Future plans include preparing fresh fruit cups that people can buy on the go, replete with a little wooden fruit fork that’s completely biodegradable.
“So if people happen to throw them down on the ground, it’s just a little stick.” Puckett said.
Her prices are competitive, and she recently got approved by the USDA to accept SNAP food-stamp cards.
“It should help a lot of people,” Puckett said. “They will get more for their money.”
The Cedar Street Market, at 1110 Cedar Street in Bandera, is open Tuesday through Saturday, from 10 a.m. to 5 p.m., and Sunday from 11 a.m. to 4 p.m. The stores are closed on Monday.
The Bandera Prophet is grounded on the premise that relevant news delivery is ever-evolving. Founded by newspaper veterans, the Prophet delivers up-to-date information by writers and photographers who combined have 50-plus years of experience in the field and newsroom. Completely free to readers, the Prophet is published on multiple platforms, and shared within the online community. No paywalls and no paid subscriptions
make news, sports, feature stories and more immediately available with one click of a button or one swipe on a keypad.
All content copyright property of The Bandera Prophet