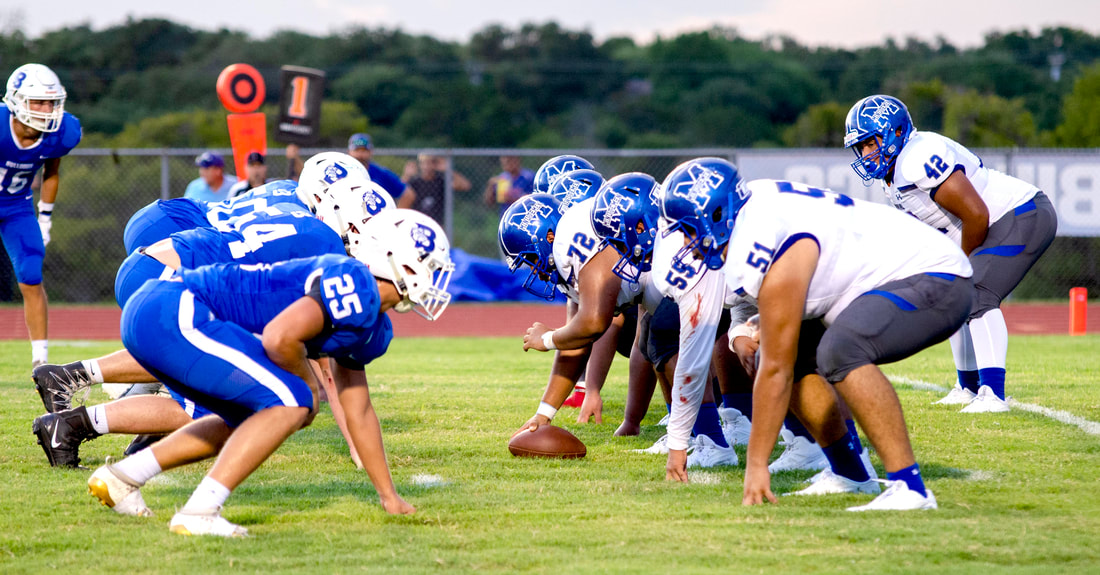 The Bandera Bulldogs defeated the S.A. Memorial Mintemen in the opening game of last season, 20-13. Bandera will open non-district play at home against Poteet on August 28.

Bandera ISD
Football
In just nine weeks, Bulldog football will take to their home field to open their 2020 campaign against the Poteet Aggies on Friday, August 28.
Before that happens, the Bulldogs will start no-contact drills on Monday, Aug. 3, and don the pads for the first time on Saturday morning, August 8, for the intra-squad scrimmage at Bulldog Stadium.
That will be followed by their first scrimmage at LaPryor on Friday, Aug. 14, and then a second scrimmage against Natalia at home on Thursday, August 20. Times for the two scrimmages are still TBD.
After the Poteet game, Bandera will play Cotulla here on Sept. 4 and then hit the road for three straight Friday night contests at S.A .Cole, Comfort and Manor New Tech before the bye week on Oct. 2.
Bandera has moved to Region IV District 15-4A for the next two years and that means new opponents in the battle for the playoffs.
Last year, Devine, Hondo, Poteet and Crystal City made the playoffs and the Bulldogs will see three of those in district play this season.
District will open with Homecoming against Crystal City on Friday, Sept. 9.
A roadtrip is in order the following Friday to Carrizo Springs on Sept. 16 and the last home games of the season against Devine and Hondo will happen on the next two Fridays.
The regular season will end on the road against Pearsall on Friday, Nov. 6, with the playoffs starting the following weekend.
The Bulldogs had their best season in a decade last year, going 8-3 and this season promises to be interesting after losing 15 seniors to graduation.
Under second year head coach, Joel Fontenot-Amadee, the Bulldogs are looking to prove that  making the playoffs last year was just the start of a long run of post season appearances from Bandera. 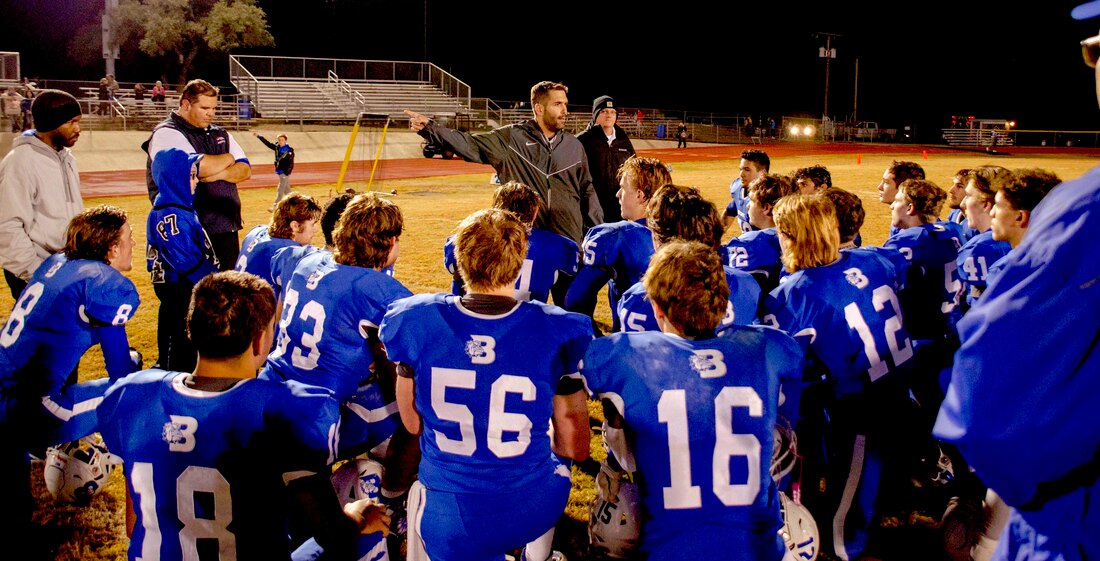 Coach Joel Fontenot-Amadee addresses the team after a game last year. Fontenot-Amadee enters his second year as a head coach this season.
The Bandera Prophet is grounded on the premise that relevant news delivery is ever-evolving. Founded by newspaper veterans, the Prophet delivers up-to-date information by writers and photographers who combined have 50-plus years of experience in the field and newsroom. Completely free to readers, the Prophet is published on multiple platforms, and shared within the online community. No paywalls and no paid subscriptions
make news, sports, feature stories and more immediately available with one click of a button or one swipe on a keypad.
All content copyright property of The Bandera Prophet