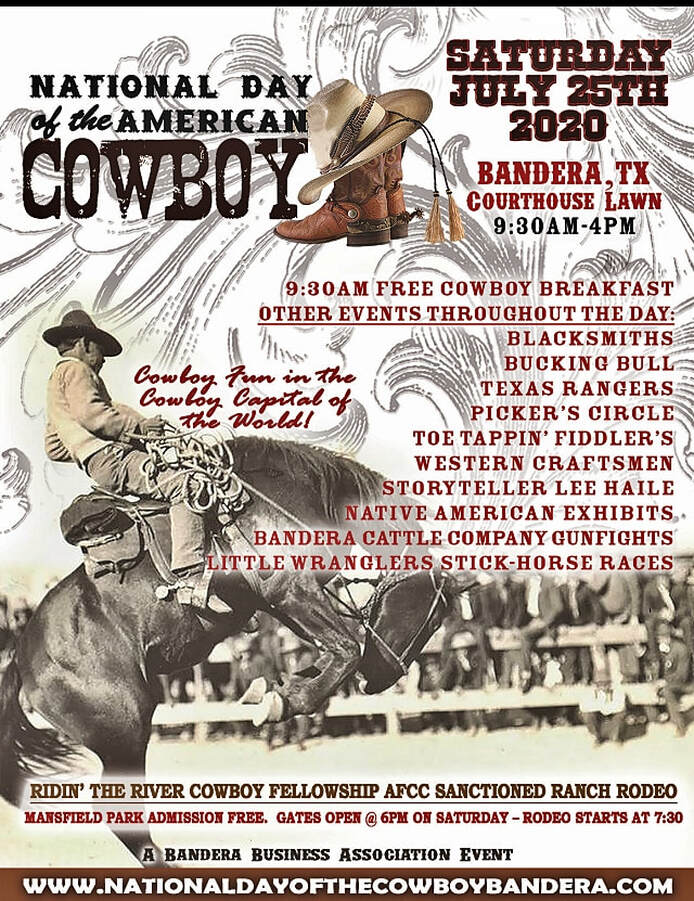 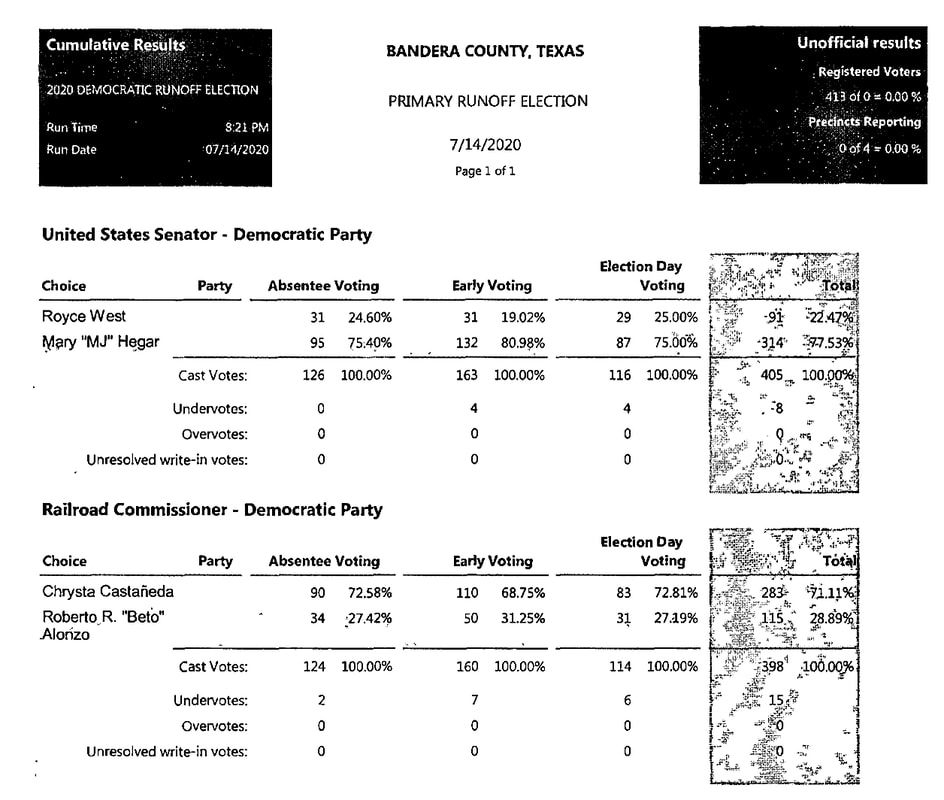 Mary “MJ” Hegar took the majority of votes in yesterday’s Democratic Primary Runoff for U.S. Senator. In Bandera County, she garnered 314 votes to Royce West’s 91. Statewide the disparity wasn’t quite so great, with Hegar getting 498,180 - or 52.1 percent of the votes, while West received 457,555 - or 47.9 percent.
Locally, 126 votes were cast via absentee ballots, 163 were early voters and 116 people cast their ballots in person on election day.
For Railroad Commissioner, Chrysta Castañeda had 283 votes and Roberto Alonzo received 115 votes. Statewide, Castañeda won with 62 percent over Alonzo, who received 38 percent of the total votes.
Locally, absentee voting totaled 124, early votes totaled 160 and election day votes totaled 114.
The Bandera Prophet is grounded on the premise that relevant news delivery is ever-evolving. Founded by newspaper veterans, the Prophet delivers up-to-date information by writers and photographers who combined have 50-plus years of experience in the field and newsroom. Always free to readers, the Prophet is published on multiple platforms, and shared within the online community to more than 150,000 people. No paywalls and no paid subscriptions make news and feature stories immediately available with one click of a button or one swipe on a keypad.
​
All content copyright property of The Bandera Prophet