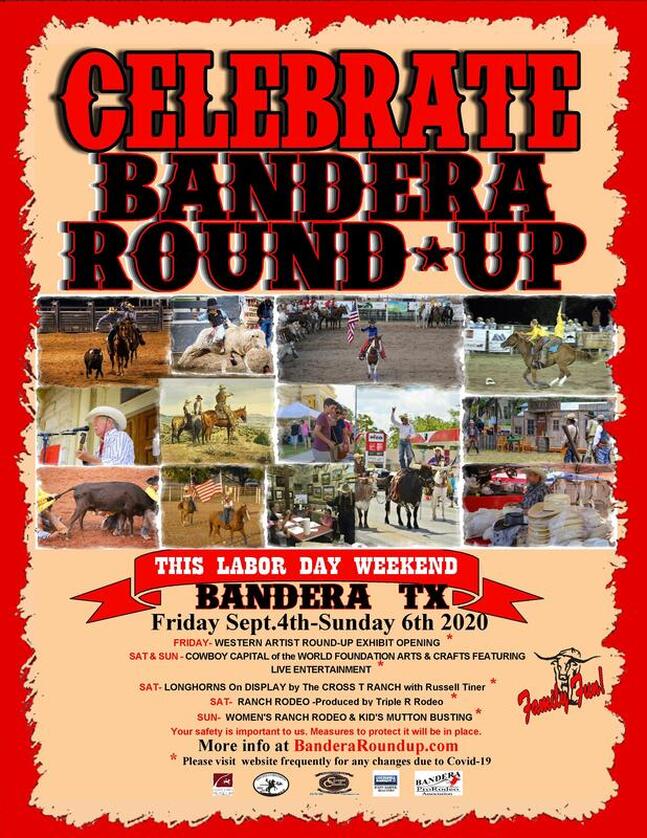 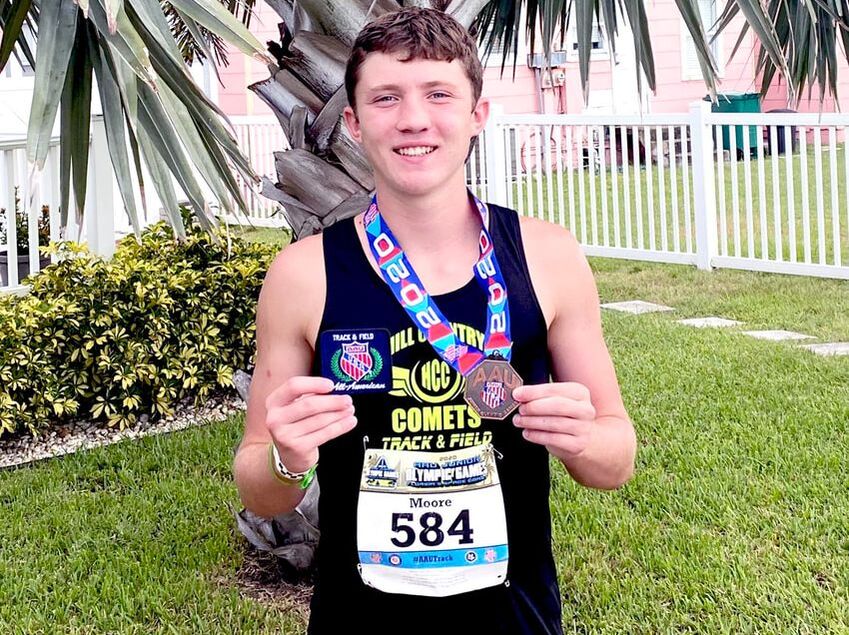 Pipe Creek's Tyler Moore holds his awards for his third place finish in the 400m Hurdles at the AAU National Championships held in Florida last week. Moore also won another bronze running the anchor leg of the 4x400m relay with three teammates from Boerne.

During the first week of football, a familiar face was missing from the Bandera varsity practice field. Incoming junior Tyler Moore was nowhere to be seen, but there was a good reason for it.
Moore, 16 years old and a member of the Hill Country Comets Track Club, was in Satellite Beach, Florida last week competing at the AAU National Championships, aka the Junior Olympics, and he did well in the three events he ran.
On Wednesday, Aug. 5, Moore, who was seeded sixth, finished third to take bronze in the 15-16 age group in the 400m Hurdles, while running a personal best of 54.85.
On a side note, the AAU national record for the age group is 51.77 set by Robert Griffin III in 2006.
Thursday saw Moore competing in the 110m Hurdles just missing the final, running a 15.82 in a preliminary race to finish tenth, but he wasn’t finished yet.
There was still the 4x400m relay left on Saturday, where Moore would run anchor. Moore, along with three other teammates from the Comets, Brock Lewis, Ranger Lewis and Ben Blomqvist, all Boerne Champion sophomores, won bronze in the relay with an excellent time of 3:31.62, missing the silver by less than .20 of a second.
Brock Lewis ran a 52.25, Ranger Lewis ran a 54.54, Blomqvist a 54.36 and Moore blazed to a 50.25 on the final leg to take the final podium spot.
The team’s time would have taken a solid fifth in the 17-18 age group.
If Moore runs the same three events during track in the spring, and has the same numbers as last week or betters them, he will have a good shot at advancing to the regional or state meet.
Moore and family are now back in Bandera, where he is on the practice field working for a starting spot on the Bulldog varsity team. He played on both sides of the ball last season at WR and DB, but with the graduation of Solomon MacNeil, Moore has a shot at the starting QB spot left open by MacNeil's departure.
The Bandera Prophet is grounded on the premise that relevant news delivery is ever-evolving. Founded by newspaper veterans, the Prophet delivers up-to-date information by writers and photographers who combined have 50-plus years of experience in the field and newsroom.
Completely free to readers, the Prophet is published on multiple platforms, and shared within the online community. No paywalls and no paid subscriptions required, the Prophet is built on the belief that information is so necessary to our community, that it should not depend on your income.
At the Prophet, news, sports, feature stories and more are immediately available with one click of a button or one swipe on a keypad.
All content copyright property of The Bandera Prophet