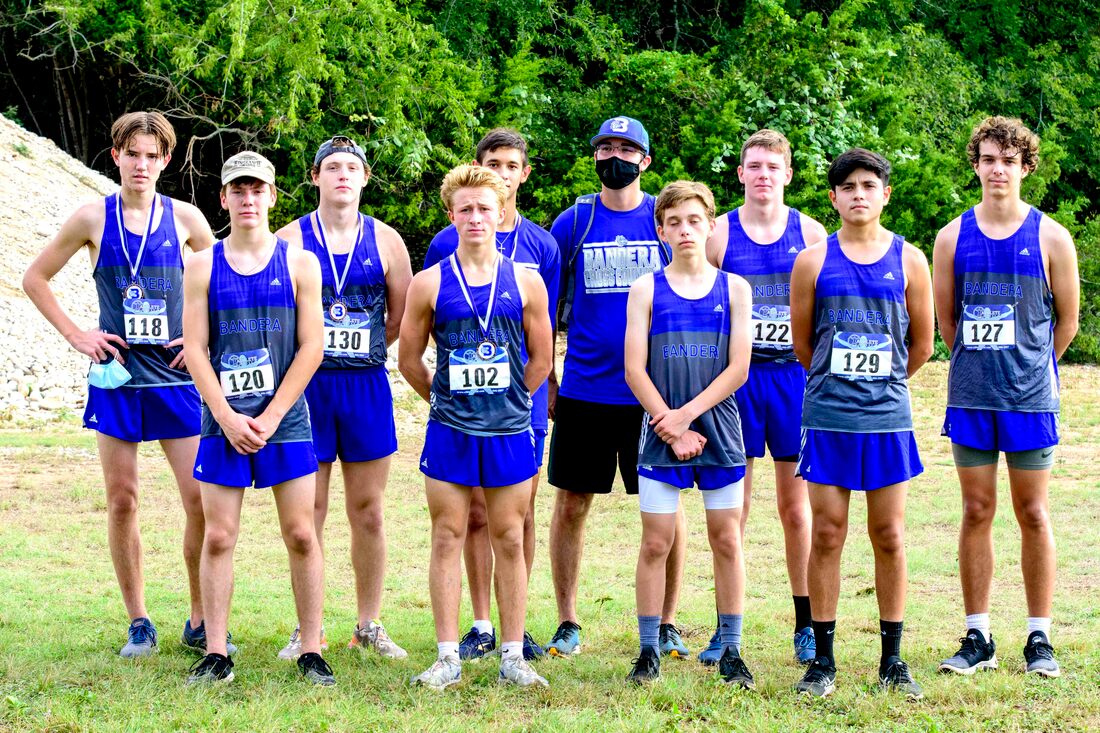 The Bulldog varsity brought home their first team gold of the season in Uvalde. Photo is from the prior weeks event in Bandera City Park where the team finished third.

On Saturday, the Bandera High School varsity cross-country teams hit the road in the early hours and headed to the Uvalde Invitational for their second regular meet of the season.
Bandera’s senior-less Lady Bulldogs, now the number four team in the state, got their second win of the season scoring a low of 20 points, but well ahead of second-place finisher, Devine.
Hannah Edwards and Raelynn Butler once again led the Lady Bulldogs home with a 1-2 finish and Morgan Cole just missed a podium sweep finishing fourth.
Kaitlin Doebbler and Gracie Bankston were the other points scorers for the team in sixth and seventh respectively.
Trinity Butler finished a strong eighth with Makayla Gonzales hot on her heels in ninth.
Mallorie Powell was 18th and Ashley Grodman finished 21st.
Comparing the Lady ‘Dogs times to the Large School finishers, Edward's and Butler's times would have placed them second and third with Cole’s time good for a fifth.
In fact, Bandera’s top seven times would have been in the top ten for the large school event.
A much improved Bulldog varsity garnered their first win of the season with 29 points after placing third at their home meet last week in Bandera River Park.
Logan Dybowski had a very nice second place in the 5K event and Bandera had three other runners in the top 15 spots with Ethan Brown in fourth, Braden Cox in fifth and Josh Short in sixth place. Sam Nimmrichter also scored for the Bulldogs with a 12th place.
Dybowski’s and Brown’s times would have been good for a 10th and a 12th place in the Large School division.
Bandera also had four other runners finish in the top 20.
Both the girls and boys varsity and JV teams will head to Comfort next Saturday to compete. 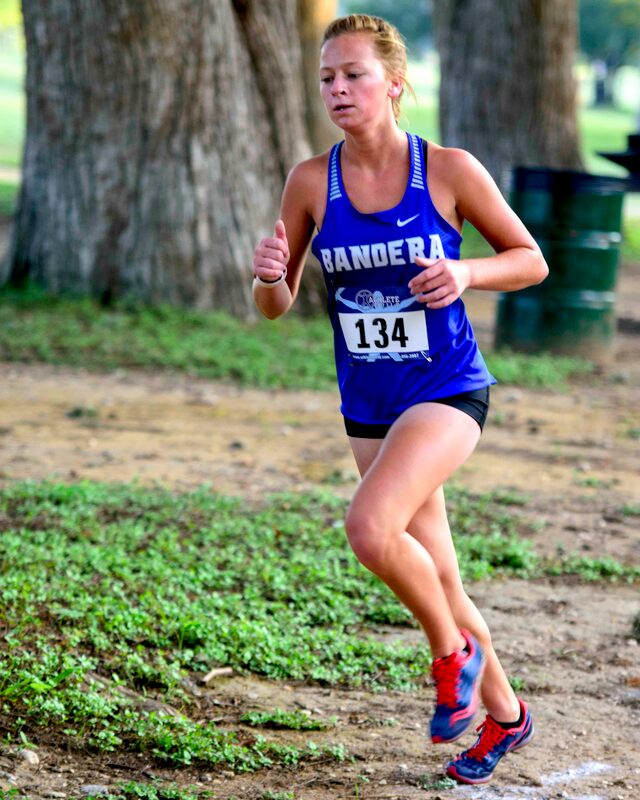