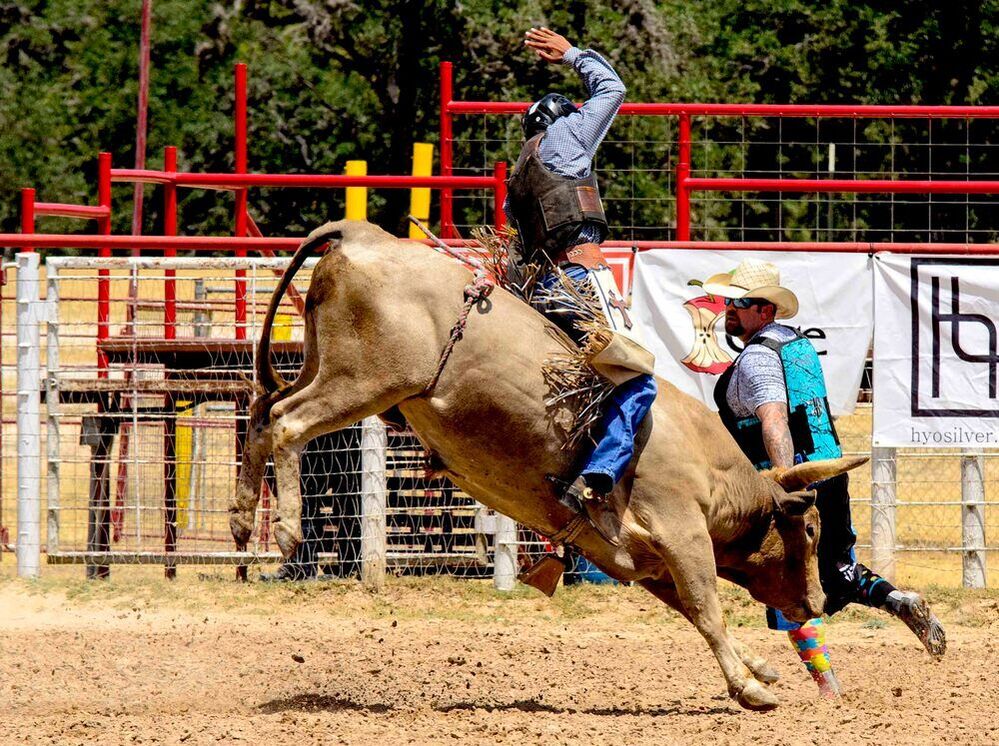 Although this year's rodeo scene has been decimated by concerns of CoVid-19, Bandera's Mansfield Park will be where you want to be on Saturday, Oct. 24, for round number four out of six in the Ultimate Team Challenge Bull Riding Series.
The series features 21 teams of three riders vying for $35,000 in prize money with the top team pocketing $12,000 and belt buckles the for the win.
Teams bring two riders and the third rider for each team is by draw, just to keep things interesting.
Prior contests have seen many PBR and PRCA riders show up with the last events, held in Brownwood and Hico, having many of the top 10 riders in the PBR entered.
Interest in getting into the series is so high that in addition to the 21 teams entered, there are seven additional alternate teams waiting for a chance to get in if a team has to drop out.
While you might see many names that are familiar to you, the same goes for the bulls that are part of the show as well. Many of the bulls that will be on the grounds are from the livestock contractors that supply the big events.
For comparisons sake, the number two bull at the recent PBR event in Casper, Wyoming scored a 22.25, the lowest bull out of the 60 plus coming to Bandera has scored a 21.5, promoter Shannon Coan said.
Even the comedic relief is high level as the PBR's Dustin "The Jester" Jenkins will be the funny man/barrel man for this event.
Gates will open at 2 p.m. and the Bull Riding will start at 5 p.m.
Admission is $10 per head and kids under 8 are free.
For more information, contact Shannon Coan at 432-296-0671.