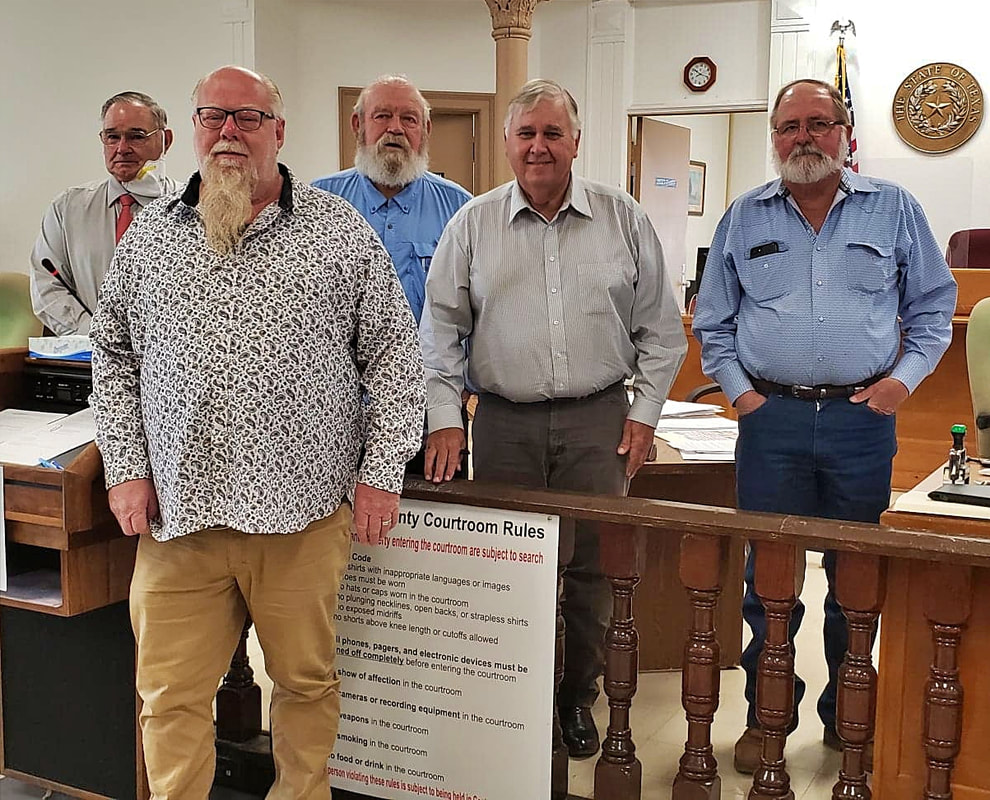 Commending the job they’re doing assisting elderly and homebound residents, Bandera County commissioners thanked Silver Sage staff and volunteers after approving a resolution to accept a $25,000 grant from the Texas Department of Agriculture. The grant will be used to supplement the Silver Sage Meals On Wheels program through Sept. 30, 2021.

Total Eclipse of the Sun
Patricia Moore, executive director of the Bandera County Convention and Visitors Bureau, told commissioners the Hill Country Alliance will conduct a virtual roundtable seminar on Tuesday, Oct. 20, to discuss the solar eclipse in April 2024. The Hill Country Alliance has teamed with Dr. Angela Speck, professor of astrophysics and chair of the Department of Physics and Astronomy at the University of Texas at San Antonio, and co-chair of the National Total Solar Eclipse Task Force, who will be present at the roundtable.
“I think she’ll bring a different perspective other than law enforcement,” Moore said.
The eclipse will enter the U.S. in Texas at about 12:10 p.m. and exit the state at about 3:06 p.m., April 8, 2024. Totality in Bandera will begin at about 1:32 p.m., and is expected to last around four minutes. Texas will have the longest duration of any other state in its path.

Holiday meeting changes
To accommodate the Thanksgiving and Christmas holidays, commissioners changed the second meeting dates for court in November and December to Dec. 1 and Dec. 29, respectively.

The path of the April 8, 2024 total solar eclipse through Texas 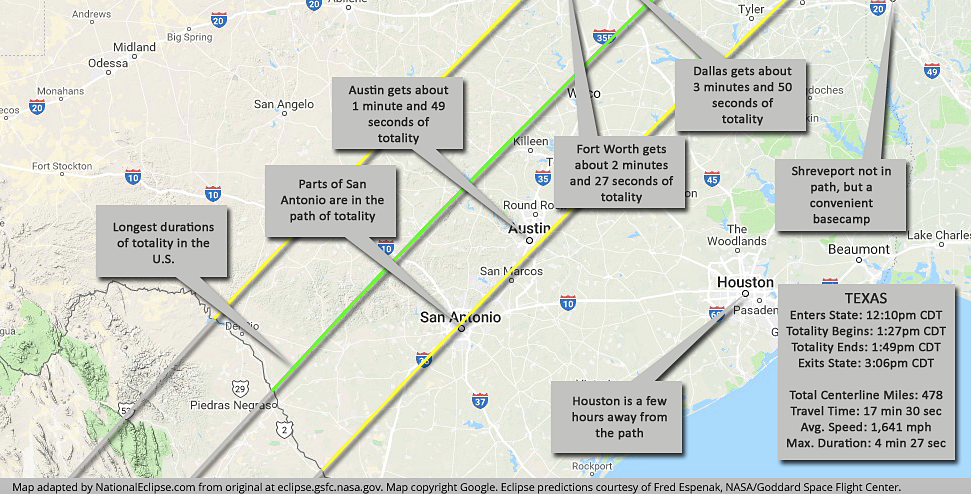