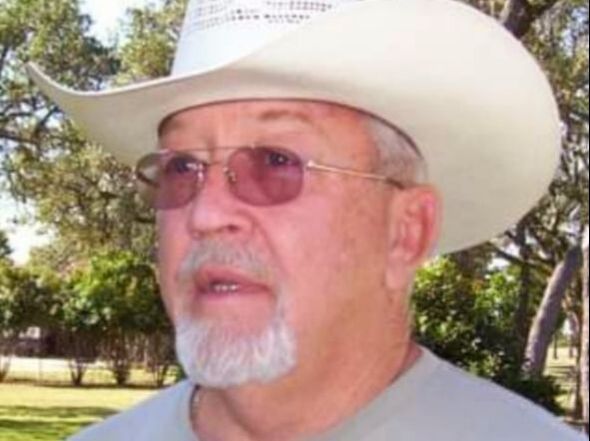 Roger Lynn Schrank, 74, of Pipe Creek, passed away on November 1, 2020. He was born in San Antonio on August 17, 1946, to Herman and Velma Schrank.
He graduated high school in Carrizo Springs. He was a veteran of the United States Marine Corps and served in Vietnam. After finishing his service, he began a career with Walt Disney World that lasted over 35 years.
While at Disney, he met Chris Scruggs on a dive trip. She became his loving wife for 20 years and mother of their two children. Chris had a long, courageous battle with breast cancer and passed away in 2003.
Roger found love again with Marsha Southerland, who became his loving wife in 2007. He was a Texan at heart and wanted to retire back in his home state. In 2010, he and Marsha moved to Pipe Creek, and became active members of Grace Lutheran Church where he found a deep relationship with God.
Roger is preceded in death by his parents; his brother Ronnie Young; and sister Joanne Shadrock.
Roger is survived by his wife Marsha Southerland Schrank; children Jessica and Tony Winford, Hunter and Brittany Schrank, and Paige and Nathan Minear. He is also survived by his step-children Billy and Meghan Southerland and Annie and Wes Compton. His surviving siblings are Debbie (Harvey) Krejci and Russell (Karin) Mica. He was the beloved PopPop to Nola, Indiana, Hannah, Will, Hudson, Harris, Penn and Maggie.
The family would like to thank everyone for their prayers and support. A celebration of his life will be held in the spring when the bluebonnets are in bloom. In lieu of flowers, please donate to his favorite organization Give Kids the World (www.givekidstheworld.org).
The Bandera Prophet is grounded on the premise that relevant news delivery is ever-evolving. Founded by newspaper veterans, the Prophet delivers up-to-date information by writers and photographers who combined have 50-plus years of experience in the field and newsroom. Always free to readers, the Prophet is published on multiple platforms, and shared within the online community to more than 150,000 people. No paywalls and no paid subscriptions make news and feature stories immediately available with one click of a button or one swipe on a keypad.
​
All content copyright property of The Bandera Prophet