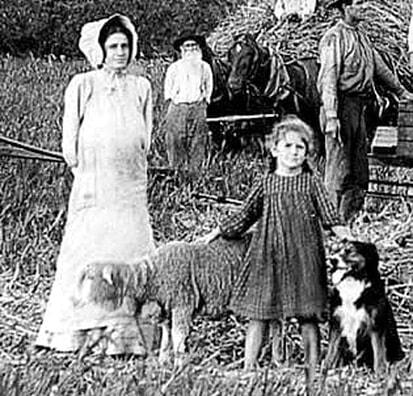 An annual tradition at the end of a year is to look back on lives lost since the year was shiny and new, oh so long ago. One lost soul this year was the singer Helen Reddy. Her anthem, I Am Woman, is an ode to the inner strength of women and I often think of its lyrics as I read accounts of pioneer women. Living on the frontier for women was harsh and brutal, especially if you take into account the difficulties of childbirth.
Palestine Wilson was typical of the strong women who lived in the Texas hill country. Born in 1859, she arrived in Bandera County from Mississippi with her husband in 1877. They settled in Medina and raised cotton, corn, and sugar cane for molasses. Recollections by “Aunt Pal” of her days as the local midwife was reprinted in 1943 in The Cattleman. She fell into assisting the local doctor, a Dr. Johnson, traveling with him to help birth babies until she was able to go on her own. She recalled some mothers having more of a hard fight. Tragically documenting an early case of postpartum depression, Aunt Pal said she only lost two mothers because, “they didn’t do as I told them. One of them didn’t want to live and took a cold bath after I left, so she died. The other one was moved into a draft after I had warned them not to do so.”
Aunt Pal went to the sick most often on horseback, keeping her side saddle hanging inside her house where she could grab it and quickly saddle up her horse.
Travel was difficult, especially in the winter when she would cross the cold waters of the Medina River, or even ride across it when it froze, arriving to her destination quite frozen herself. She traveled light but always carried a bottle of ergot, a drug made from a fungus that grew on bread. While it could be a dangerous poison, it was used by midwives in the last stages of labor to control hemorrhaging, or what Aunt Pal called “flooding.”
She prided herself on always remaining calm no matter what happened, even when it looked like she may lose the baby or the mother. If something unusual came up, she would confer with Dr. Johnson to learn how to better handle the situation. She was always confident in her abilities and wrote, “Babies came in different ways, and many a time, I had to use my own judgement to save the mother and child too.”
Aunt Pal did this all while she kept at her own farm work, house work, and doctor work. Lamenting there was always so much sewing, washing and ironing to do, she was unable to quilt as much as she would have liked, but she managed to “finally get it all done.” While it may have been a pop song played incessantly on the radio in the 1970s, I Am Woman could have been written to praise the early women of the Texas hill country.