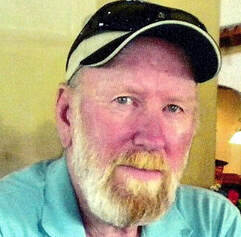 Robert C. Jordan (Buddy/Bob), age 77, of Pipe Creek, Texas went home to be with the Lord on Jan. 8, 2021. Bob was born on April 5, 1943, in Brooklyn, N.Y. to Monie and Marie Jordan. The family relocated to Texas in 1951.
Bob joined the San Antonio Police Department in September of 1965 where he proudly served for 26 years, working on patrol and various task forces, including the DEA. He retired on Jan. 8, 1991, but continued to offer his services and experience as a criminal investigator with the Bexar County District Attorney’s Office and as a Reserve Officer until permanently retiring in 2001.
After retirement, Bob settled into his quiet life at home in the Texas Hill Country hunting, fishing and spending time with his children and grandchildren. He vacationed often in Las Vegas and made frequent trips to Rockport where he would visit childhood friend, Bill Shockley and his wife Jackie.
A man with a routine, Bob spent his mornings getting coffee at the Barrel House, eating breakfast at Snowflake’s Donuts, and driving to the Post Office with his four-legged friend Maddie riding shotgun. And every day at 2:10 p.m. you could find him enjoying a glass of Scotch with his longtime friend Ed Slater.
Bob was preceded in death by his parents Monie and Marie Jordan; and his son Keith Jordan.
He is survived by his son Robert Jordan; his wife Lisa; daughter Ginger Cherry and her husband Bruce; stepson Michael Radoman; sister Neta Bowers; grandchildren Cody, Kayla, Justin, Cayla, Courtney, Cassidy, Amanda, Lindsay, Hayden and Logan; great-grandchildren Ainsley, Kasen, Ryan, Ben, Harley, Bruce and Coy; nephews Todd Bowers and Michael Gibbon; nieces Debbie Jimenez and Angel Mihalski: and numerous great-nieces and nephews.
His sharp wit, strong spirit and tenacity will be greatly missed by his family and friends.
A Celebration of Life will be held at Grimes Funeral Chapel in Bandera, on Jan. 23, at 10 a.m.
A memorial contribution can made to the Down Syndrome Association of South Texas in Bob’s honor at https://www.dsastx.org.
The Bandera Prophet is grounded on the premise that relevant news delivery is ever-evolving. Founded by newspaper veterans, the Prophet delivers up-to-date information by writers and photographers who combined have 50-plus years of experience in the field and newsroom. Completely free to readers, the Prophet is published on multiple platforms, and shared within the online community. No paywalls and no paid subscriptions
make news, sports, feature stories and more immediately available with one click of a button or one swipe on a keypad.
All content copyright property of The Bandera Prophet