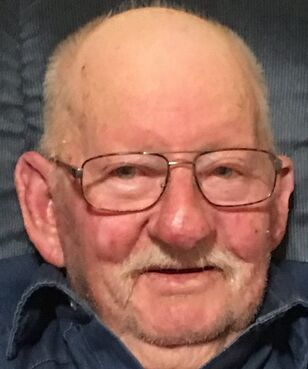 John Dale Chaney, 82, of Utopia, passed away peacefully in his home on February 1, 2021.  He was born in Uvalde, to James Martin Chaney and Janie Mae Barton Chaney, on March 7, 1938.  He married the love of his life, Donna (whom he affectionately called “Doll”) on March 3, 1998, in Hondo.
John Dale was a life-long resident of Utopia (fourth-generation), and worked most of his life as a rancher. He had a sharp, dry wit, and could tell a story better than anyone. He loved hunting, fishing, gardening, rodeo, scratch-off lottery tickets and a good card game, but most of all, he loved his family, his friends and his country.
John Dale is preceded in death by his parents James and Janie; and his brother James Martin Chaney, Jr.
He is survived by Donna, his wife of 23 years; daughters Becky Zemer and husband Lee, and grandsons Chris and Andrew; Robin Martin and husband Scott; siblings Dr. Roy Chaney, Charlotte Saladino, Ernest Chaney and wife Anna, Sidney Chaney and wife Jacque, Sandra Payne and husband Richard; cousins Tom and Charmaine Chaney, Willa Lou Wicks, Donnie Chaney; and many other cousins, nieces and nephews.
A memorial service will be held Friday, Feb. 5 at 10 a.m., at the Utopia Community Center.
Honorary pallbearers will be Tom Bomer, Chris Zemer, Andrew Zemer, Max Feller, Lee Zemer and Scott Martin.
John Dale’s family wishes to extend sincere thanks to Dr. Lloyd VanWinkle, Dr. Randall Bell and the Utopia EMS for their expertise, care and support.
Out of respect for our dear friends and family with underlying health conditions and pulmonary issues, the family politely requests that masks be worn during the memorial service.
In lieu of flowers, please consider a donation to the Utopia EMS, PO Box 393, Utopia, Texas, 78884.
The family invites you to send condolences at www.grimesfuneralchapels.com by selecting the “Send Condolences” link.
The Bandera Prophet is grounded on the premise that relevant news delivery is ever-evolving. Founded by newspaper veterans, the Prophet delivers up-to-date information by writers and photographers who combined have 50-plus years of experience in the field and newsroom. Completely free to readers, the Prophet is published on multiple platforms, and shared within the online community. No paywalls and no paid subscriptions
make news, sports, feature stories and more immediately available with one click of a button or one swipe on a keypad.
All content copyright property of The Bandera Prophet