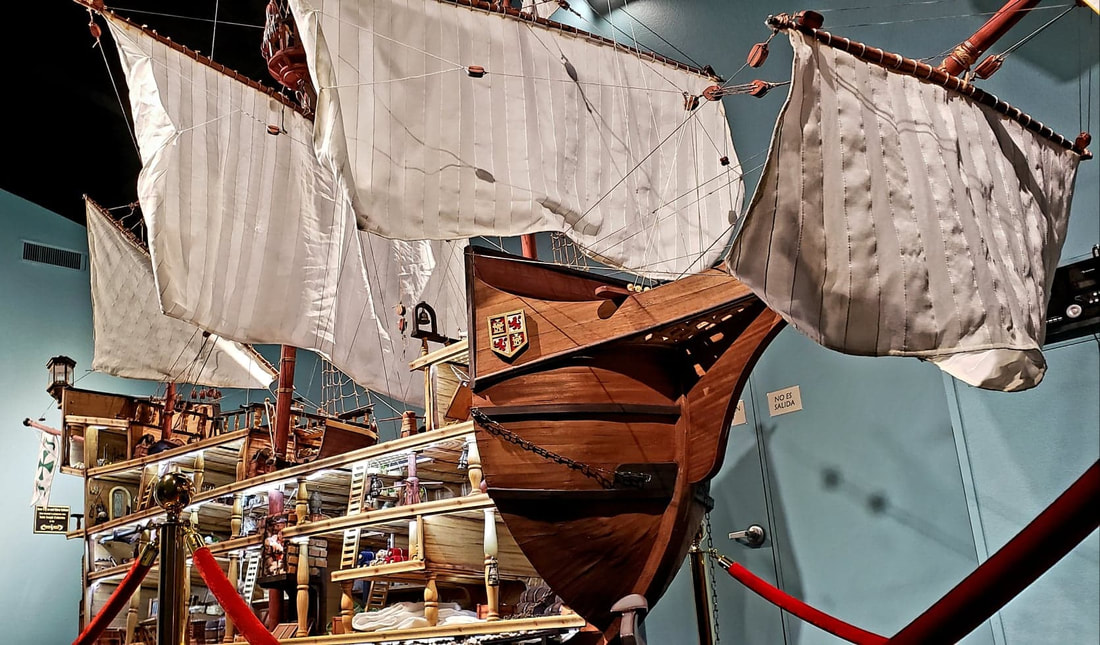 The Galleon Isabella - a reproduction commissioned by Mary and Juan Infante, whose private New Spain art collection is now on permanent display at the Bandera Natural History Museum.

A diorama of Isabella's hull. 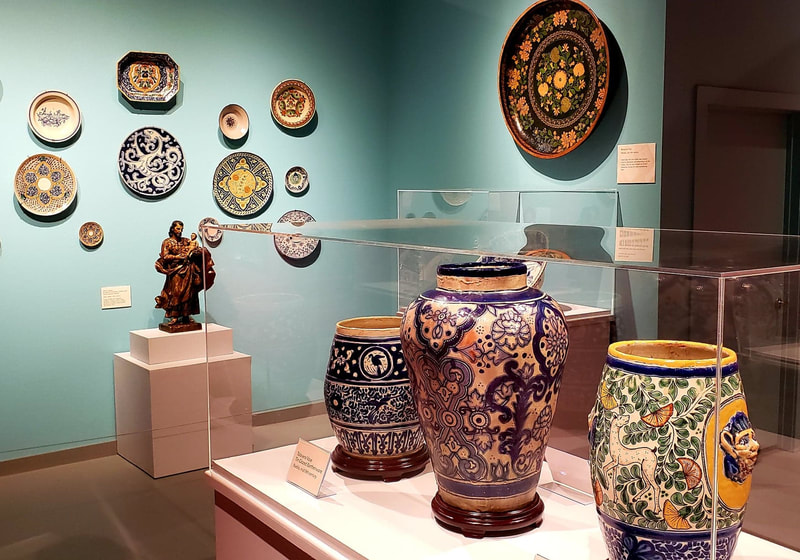 Talavera Pottery is a form of art in pottery influenced by techniques and designs brought to Spain by the Moors at the end of the 12th Century, blended with China's Ming Dynasty and imported Chinese ceramics. 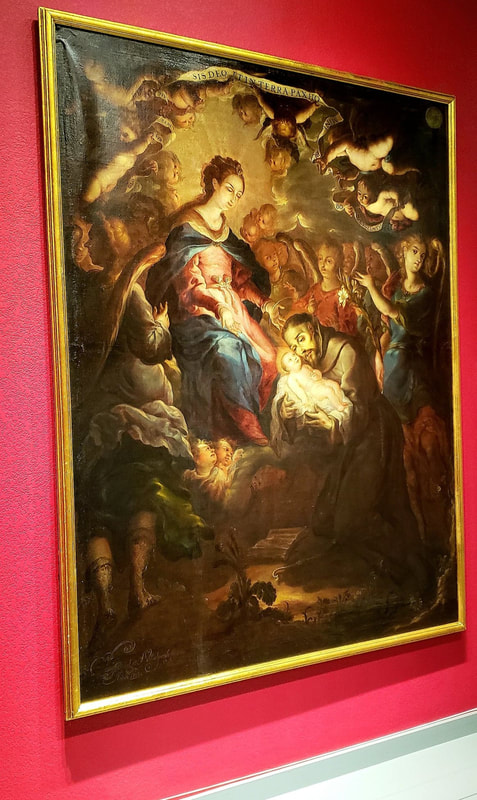 Saint Francis in the Porciuncula, by Cristobal de Villalpando, 1649-1714 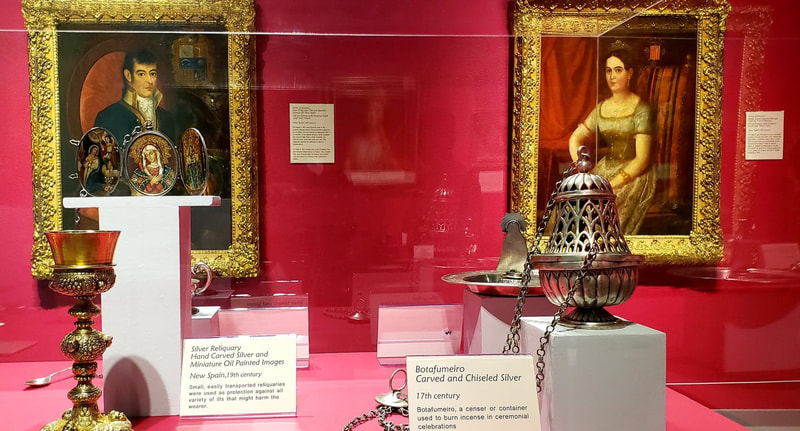 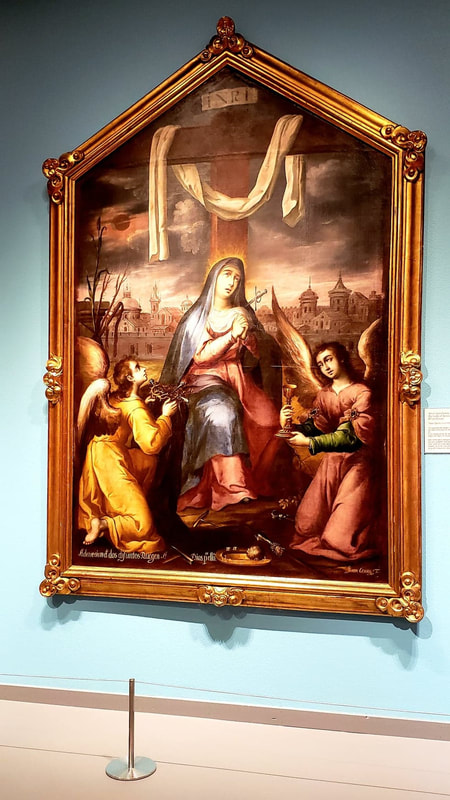 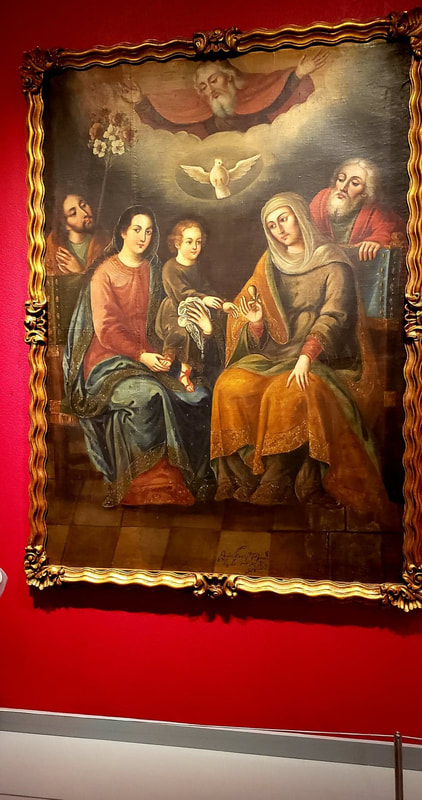 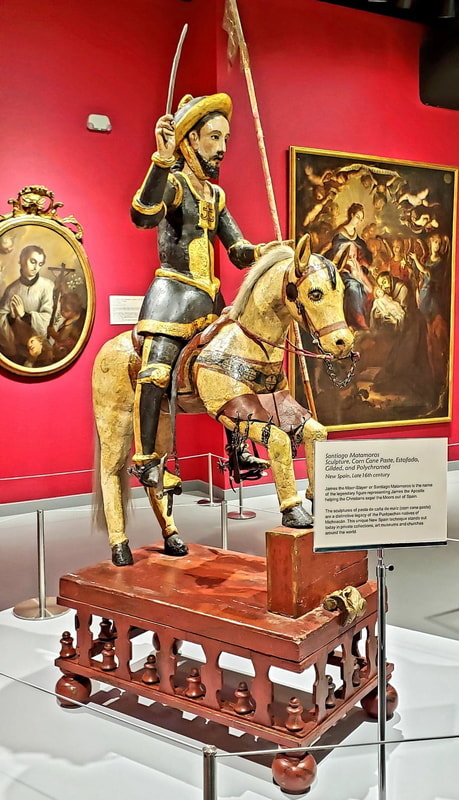 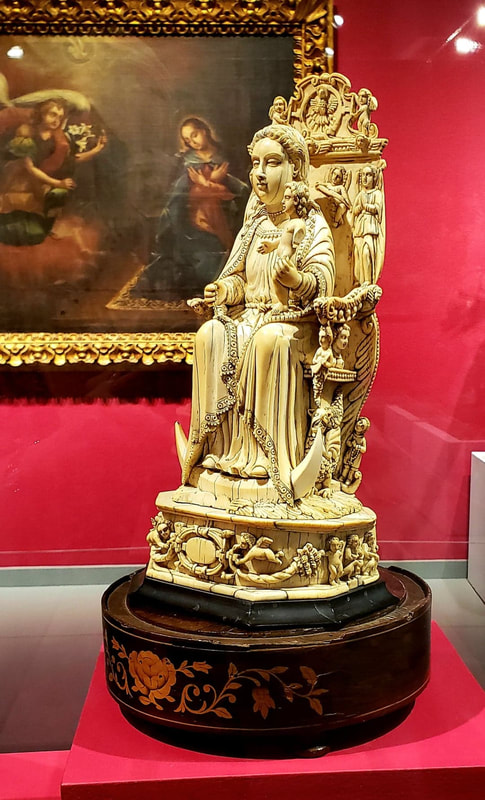 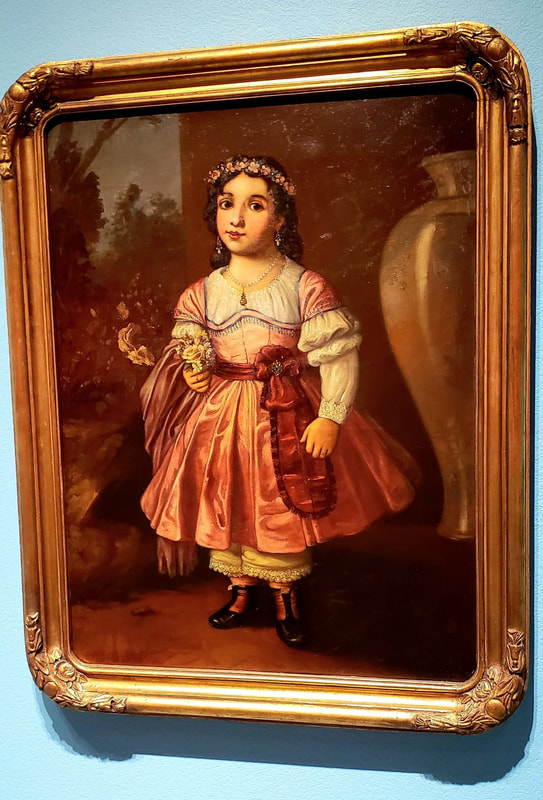 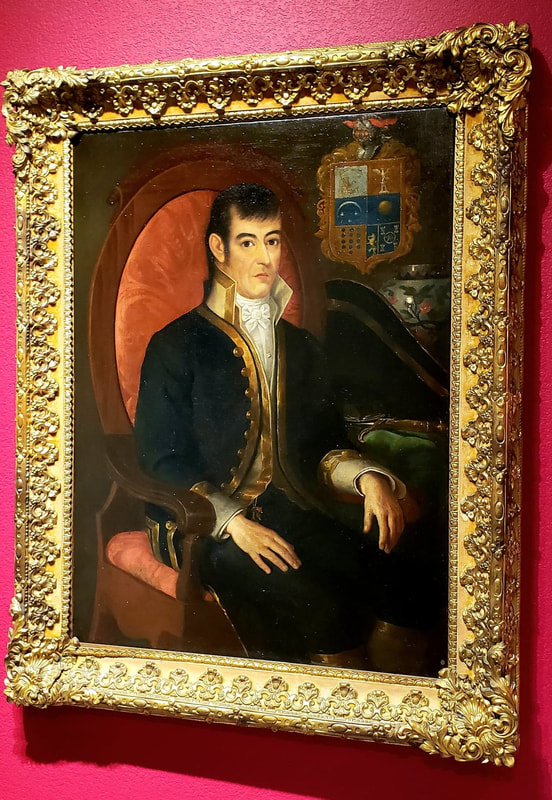 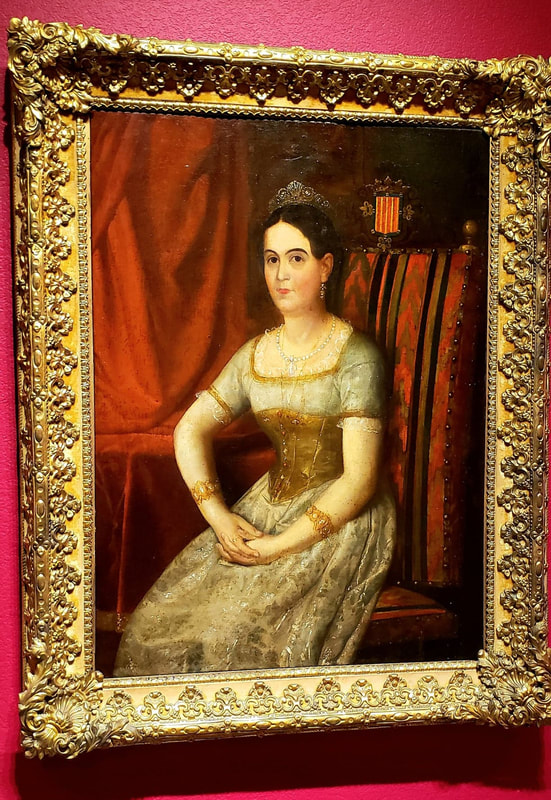 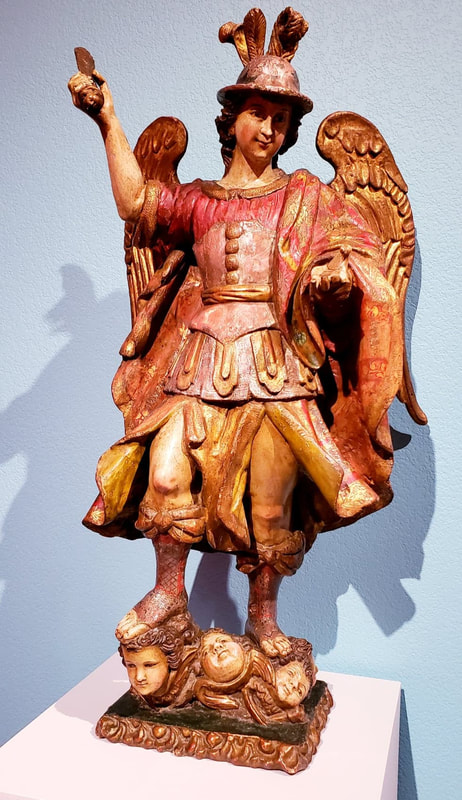 Right in Bandera’s backyard lies a gem that outshines any other in the country. In addition to 16 life-size reproductions of dinosaurs and ice-age animals, six dioramas with full-size body mounts, kids educational playstations and more, an exclusive art collection from the New Spain period is open for viewing now.
Gifted to the museum by Juan Carlos and Mary Vargas Infante, more than 150 pieces from the New Spain period - 1521 through 1820 - are on permanent display in the art wing. The collection features a variety of paintings, sculptures, furniture, silver, antique ivories and Talavera pottery. At the entrance of the new wing is a model of the Manila Galleon Isabella, commissioned by the Infantes, that displays a painstakingly detailed diorama of life in the belly of the ship.
The Kingdom of New Spain was established Aug. 18, 1521, after the Spanish conquered the Aztec Empire. New Spain spanned from North America and the Caribbeans, to the Philippines, Mariana and Caroline Islands, and was the central point between the Atlantic and Pacific global trade routes.
Some of the artists in the New Spain exhibit include Juan Correa, Miguel Cabrera, Cristobal de Villalpando, Jose de Ibarra and Morales Van den Eynden. Guided tours are provided by Sherry McCullough, Joyce Orsak and volunteers, all of whom have undergone training in the period.
“Having a collection of this magnitude and diversity that hasn’t been exhibited in the United States until now is an important contribution to the art world and an amazing opportunity for Bandera,” Maggie Schumacher, museum managing director, said.
Neighboring the art wing lives a diverse world of creatures that ranges about 500 million years, from the Paleozoic Era to the present, including a life-size replica of the flying Quetzalcoatlus, which has a 36-foot wingspan. Also in the house is Trixie, the triceratops that starred in Night at the Museum - Secret of the Tomb.
In June, the museum will celebrate its five-year anniversary with a grand opening of the New Spain Art Hall. To maintain safety standards, staff and volunteers not vaccinated will wear face masks. Guests are not required to wear masks, however they will be available for those who wish to wear one.
The Bandera Natural History Museum is at 267 Old San Antonio Rd. It is open Wednesday through Saturday, from 10 a.m. to 5 p.m., and Sunday from noon to 5 p.m. For more information, call 830-328-5090, or go to https://banderanhm.org/