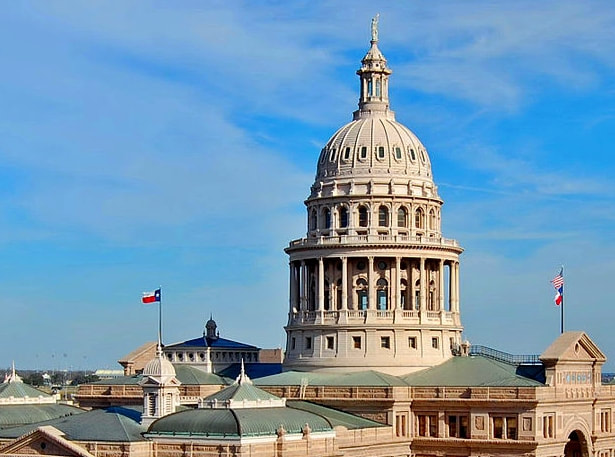 Bandera County commissioners are considering a resolution in opposition of House Bill 3, which is on the floor in the current Legislative Session. Lawmakers have about three months left to deliberate on a host of proposed bills, some of which are focused on shoring the governor’s reach and thereby reducing the power of local authorities.
HB3 would “clarify and strengthen the roles of the governor, state agencies, the judicial branch of state government, and local governments in the prevention of, preparation for, response to and recovery from a pandemic disaster.”
State Representative Dustin Burrows, R-Lubbock, authored HB3, which outlines what he thinks the state’s response should look like during a pandemic or other disaster.
The bill, Bandera County Judge Richard Evans said, does not have a chain of command, and also has a provision that can freeze tax revenues.
“If the county or city close for one day of business, this will kick in,” Evans said during Thursday’s Commissioners’ Court. “I have a problem with one person up there playing God telling us what to do… this bill is terrible. This isn’t a one-man show.”
Commissioners postponed action to gather more information. They expect to vote on the resolution during the next Commissioners’ Court session, which will be Tuesday, March 30.
“I don’t think the governor needs any more power to tell us what to do,” Pct. 3 Commissioner Jack Moseley said.
Later, commissioners unanimously approved a resolution opposing Senate Bill 234 and House Bill 749, which Evans said is an “effort to silence county officials.” The bill would prohibit counties from using public dollars to join county associations that liaise between legislators and local governments.
Evans said Jim Allison, general counsel with the County Judges and Commissioners Association and the Texas Association of Counties, keeps him and commissioners informed of bills proposed in the legislative session that may pertain to and affect local authority.
HB749 and SB234, authored by State Representative Mayes Middleton, R-Wallisville, and Senator Bob Hall, R-Canton, respectively, state, “A political subdivision may not spend public funds: (1) to hire an individual required to register as a lobbyist under Chapter 305 for the purpose of lobbying a member of the legislature; or (2) to pay a nonprofit state association or organization that: (A) primarily represents political subdivisions; and (B) hires or contracts with an individual required to register as a lobbyist under Chapter 305.”
“There are thousands of bills filed…there’s no way each Commissioners’ Court has time to go through that,” Evans said. “The legislation doesn’t want us to have a voice because we challenge their thought process. It’s obvious they don’t want to hear from us.”
The Bandera Prophet is grounded on the premise that relevant news delivery is ever-evolving. Founded by newspaper veterans, the Prophet delivers up-to-date information by writers and photographers who combined have 50-plus years of experience in the field and newsroom. Always free to readers, the Prophet is published on multiple platforms, and shared within the online community to more than 150,000 people. No paywalls and no paid subscriptions make news and feature stories immediately available with one click of a button or one swipe on a keypad.
​
All content copyright property of The Bandera Prophet