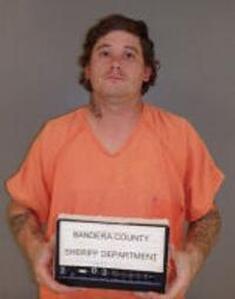 Bandera man Austin Small was true billed March 9 by the 198th Judicial District Grand Jury, confirming his Feb. 1 arrest after the shooting of Zachary Bower. He was arrested again March 11, and bonded out the same day. Small, 25, faces one charge of murder, two charges of deadly conduct and one charge of child endangerment.
Bandera County Chief Deputy Matt King said in addition to issuing the indictment, the grand jury increased the bond for the murder charge from $100,000 to $200,000.
Small’s arraignment, during which his attorneys will identify themselves and enter his plea to the court, will take place March 22.
The Bandera Prophet is grounded on the premise that relevant news delivery is ever-evolving. Founded by newspaper veterans, the Prophet delivers up-to-date information by writers and photographers who combined have 50-plus years of experience in the field and newsroom. Completely free to readers, the Prophet is published on multiple platforms, and shared within the online community. No paywalls and no paid subscriptions
make news, sports, feature stories and more immediately available with one click of a button or one swipe on a keypad.
All content copyright property of The Bandera Prophet