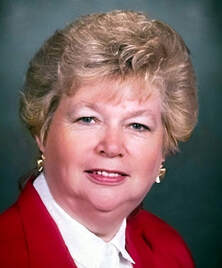 Wife, Mother, Caregiver, Quilter, Friend… Matriarch. These are just a few of the titles Geraldine “Jerry” Raby held throughout her life.
Jerry was born and raised in Heiskell, Tenn., before marrying the love of her life, Ralph Edward Raby, at just 15 years of age. After traveling due to Ralph’s enlisted service with the U.S. Army, they eventually settled down in San Antonio to raise their daughter and five sons.
But Jerry’s dedication to family and caregiving extended far beyond her own children; for years she juggled an in-home daycare, caring for the needs of neighborhood and friends’ children, while keeping up with the household duties.
She was a strong-willed woman who not only knew the struggle of hardship, but triumphed in spite of it. She constantly put the needs of her brood ahead of her own and was unwaveringly devoted to those she considered family, which was an extensive list to say the least.
Finally, in 1989, Jerry and Ralph relocated the hub of the family to its final home, Raby Ranch in Pipe Creek; a homestead that flourished on Jerry’s comfort food and stories about the old days.
Jerry will be missed more than words can express, but her spirit lives on in so many whom called her “Mom,” “Grandma,” and “Friend.”
Geraldine is preceded in death by her husband of 60 years, Ralph Edward Raby; daughter Donna Kay Andreas (Raby); and son Charles Eugene Raby.
She is survived by her sons Thomas Edward, Ronald Joe, Roderick Lee and Blaney Dean; as well as 10 grandchildren and 16 great-grandchildren.
Funeral services will be held at Grimes Funeral Chapel in Bandera, on Saturday, June 5, at 11 a.m.
The Bandera Prophet is grounded on the premise that relevant news delivery is ever-evolving. Founded by newspaper veterans, the Prophet delivers up-to-date information by writers and photographers who combined have 50-plus years of experience in the field and newsroom. Always free to readers, the Prophet is published on multiple platforms, and shared within the online community to more than 150,000 people. No paywalls and no paid subscriptions make news and feature stories immediately available with one click of a button or one swipe on a keypad.
​
All content copyright property of The Bandera Prophet