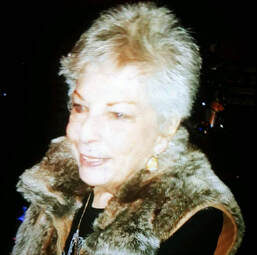 Una Pauline Schulz, 86, passed away on May 15, 2021 in Bandera, Texas.  She was born in Fort Worth, on Dec. 31, 1934 to Holly Tell Gaston and Dorothy Agnes Barton Gaston. She married Charles Arnold Schulz on Jan. 28, 1972 in Cotulla.
Una Schulz spent her life in South Texas. Growing up in Seven Sisters near Freer. She spent many happy years in Cotulla, and her last years in Bandera, to be near her daughter.
Una Schulz is preceeded in death by her husband Arnie Schulz; mother Agnes Turman; daughter Carolene Wallis; and son Allen Wilson.
Una Schulz is survived by her daughter Demaris (Debbie) Wilson; grandsons Derrek McClendon and wife Stephanie of San Antonio, Paul Allen Wilson of Dallas, Sean Hunt of Houston; and granddaughter-in-law Tracy Hunt of Bandera; great-grandsons Rowdy Roberts, Caedon Hunt, Drake McClendon; and great-granddaughter Morgyn McClendon.
A Graveside Service will be held in Pearsall on Saturday, May 22, at 1 p.m., at the Pearsall Cemetery.
Funeral arrangements are entrusted to Grimes Funeral Chapels of Bandera.
The Bandera Prophet is grounded on the premise that relevant news delivery is ever-evolving. Founded by newspaper veterans, the Prophet delivers up-to-date information by writers and photographers who combined have 50-plus years of experience in the field and newsroom. Always free to readers, the Prophet is published on multiple platforms, and shared within the online community to more than 150,000 people. No paywalls and no paid subscriptions make news and feature stories immediately available with one click of a button or one swipe on a keypad.
​
All content copyright property of The Bandera Prophet