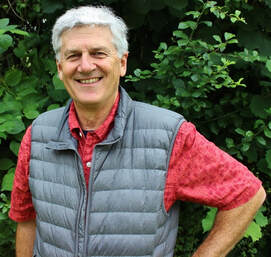 Douglas Reeves Johnson, 62, of Pipe Creek, Texas, passed away at home and went to be with his Lord Jesus on April 30, 2021. He was born in Houston to Jack Reeves Johnson and Anne Claire Johnson on June 26, 1958. He married Rebecca Lynne Cannon on Dec. 31, 1988, in San Antonio.
Doug graduated from Bellaire High School and received his undergraduate degree from Baylor University in 1984. He received his Maser of Divinity at Southwestern Theological Seminary in 1988.
After graduating, Doug went on to serve in full-time ministry. His ministerial positions include: Youth Pastor at Central Baptist Church, Warner Robins, Georgia; Senior Pastor at Central Baptist Church, Luling; and Senior Pastor at First Baptist Church, Pipe Creek, where he has served for almost 22 years.
Doug was an Eagle Scout, an avid traveler and photographer, and a descendant of Alfred the Great.
Doug is preceded in death by his father Jack Reeves Johnson.
Doug is survived by his wife Rebecca Lynne Johnson; his son Daniel Josiah Johnson, wife Julia Anna Johnson, and their daughter Joanna Ruth Johnson; his daughter Rachel Jacquelyn Johnson; his brother David Johnson and wife Susan Johnson; and his mother Anne Johnson. He also leaves behind aunts, uncles, cousins, nieces and nephews.
His memorial service was held May 7 at Alamo Community Church in San Antonio.
The Bandera Prophet is grounded on the premise that relevant news delivery is ever-evolving. Founded by newspaper veterans, the Prophet delivers up-to-date information by writers and photographers who combined have 50-plus years of experience in the field and newsroom. Always free to readers, the Prophet is published on multiple platforms, and shared within the online community to more than 150,000 people. No paywalls and no paid subscriptions make news and feature stories immediately available with one click of a button or one swipe on a keypad.
​
All content copyright property of The Bandera Prophet