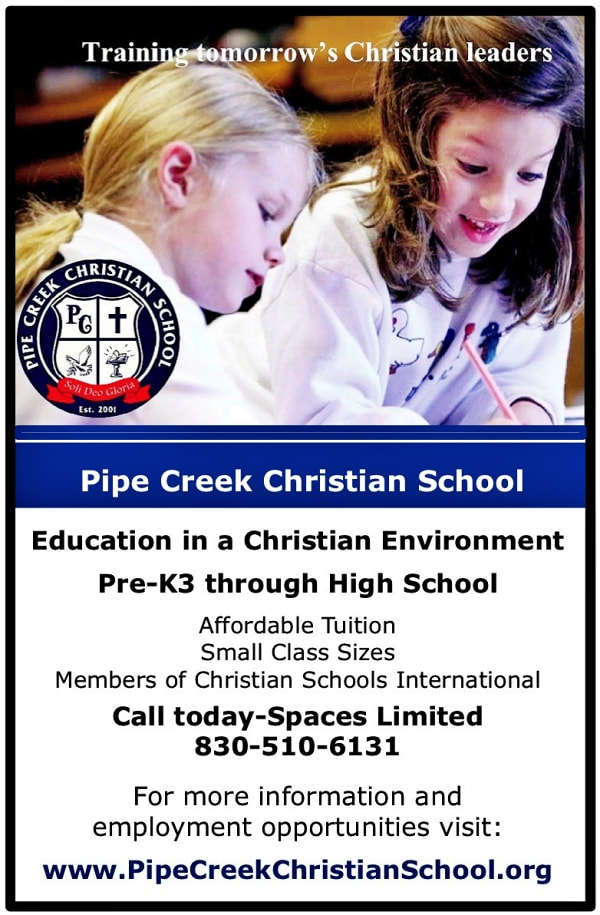 Legion festivities pull out all the stops

American Legion Post 410, in Lakehills, pulled off an amazing Independence Day celebration after the long hiatus of virus fears.
On Saturday, July 3, the Legion held a parade, followed by a delicious barbecue and, of course, lively music by the River City Wranglers.
The parade had 29 entries plus the volunteer fire departments of Medina Lake, Pipe Creek and Mico. Many of the entries threw out candy and had the kiddos running for the treats. Some of the entries tossed out colorful beads and many adults grabbed those, as well.
The parade Grand Marshal was Christine Taylor, a 13-year veteran of the Army. She and her husband live in Lakehills. They have two grown sons.
Judging of floats took place before the parade kicked off. The Most Patriotic award went to the Cajun Festival; they are busy planning their 40th Annual Cajun Festival in September.
The Youth award was won by the Pipe Creek Presbyterian Church young people, with a couple of impressive life-size, wire horses.
The Most Patriotic Vehicle award went to Ron Bird, driving a 1947 Camo Jeep, covered with red, white, and blue bunting and flags.
Originality award went to Coconut Cove. They went the tropical route with “grass” skirting and inflatable palm trees.
Showmanship was won by Wade Mayfield Shoot Out, whose vehicle led with an inflatable dinosaur and lots of balloons.
The exciting and colorful parade was followed by the barbecue of chicken, sausage, beans, potato salad, drinks and dessert. The Legion Hall was packed and the meal line was long. Local people ate with visitors, some from as far away as Germany, and all enjoyed the food.
While the diners were chowing down, the River City Wranglers fired up their instruments and provided music in the outdoor pavilion, where people of all ages scooted their boots to the rhythms.
The American Legion Post 410 welcomes veterans to join them. They are located at 147 Legion Drive in Lakehills.
The Post serves home cooked meals every Tuesday evening at 5:30 p.m. Each week offers a different dish, with sides and beverage for $8 a plate. Desserts are available for a small amount and diners may eat in or take out. The funds raised support the Post for the benefit of the community.
The Post is open to the public from 3-9 p.m., Fridays through Wednesdays.
For more information, call the post at 830-612-1034. Follow the Post on Facebook and check out the website at alpost410.com.
The Bandera Prophet is grounded on the premise that relevant news delivery is ever-evolving. Founded by newspaper veterans, the Prophet delivers up-to-date information by writers and photographers who combined have 50-plus years of experience in the field and newsroom. Completely free to readers, the Prophet is published on multiple platforms, and shared within the online community. No paywalls and no paid subscriptions
make news, sports, feature stories and more immediately available with one click of a button or one swipe on a keypad.
All content copyright property of The Bandera Prophet