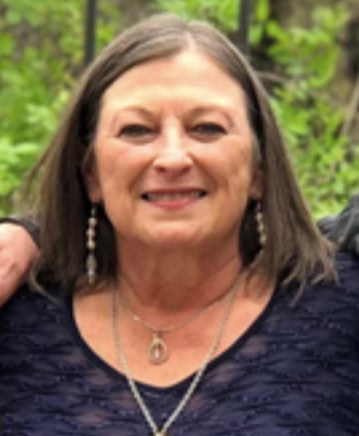 Caron Marie Rincones (Corum) passed away in the comfort of her home on Oct. 20, 2021 at the age of 64.
Caron was born on Jan. 29, 1957 in Alice, where she grew up. She received her Bachelor’s Degree in Education from the University of Texas where she graduated with honors. Later, she earned her Master’s Degree in Educational Administration from Texas A&I, Kingsville. Caron taught for 38 years as an elementary and middle school
teacher, and a Gifted and Talented Specialist in the Northside Independent School District in San Antonio. She touched the lives of countless students through her dedication to education.
Caron was the proud mother of two sons, Steve and Mike Corum. She devoted her time and passion to raising her two boys, always boasting about their accomplishments in either the military with Steve or Mike’s culinary career.
Caron was also a devoted wife to Anthony Rincones. The two first met 33 years ago while working for the school district. Years later they reconnected as friends, then began dating. They were married on March 8, 2020. Caron and Anthony shared their dream home on Medina Lake, where they both enjoyed the last few years together in retirement.
Caron had the ability to light up every room she entered. She was a dedicated friend to countless people and would stop at nothing to ensure their happiness. Her quick wit and compassionate spirit will be missed by many, but she will be most remembered for her infectious laugh.
Caron was preceded in death by her oldest son Steve.
She is survived by her husband Anthony; and son Mike.
A Celebration of Life will be scheduled and announced at a later date. In lieu of flowers, please make donations to the American Cancer Society.
The Bandera Prophet is grounded on the premise that relevant news delivery is ever-evolving. Founded by newspaper veterans, the Prophet delivers up-to-date information by writers and photographers who combined have 50-plus years of experience in the field and newsroom. Completely free to readers, the Prophet is published on multiple platforms, and shared within the online community. No paywalls and no paid subscriptions
make news, sports, feature stories and more immediately available with one click of a button or one swipe on a keypad.
All content copyright property of The Bandera Prophet