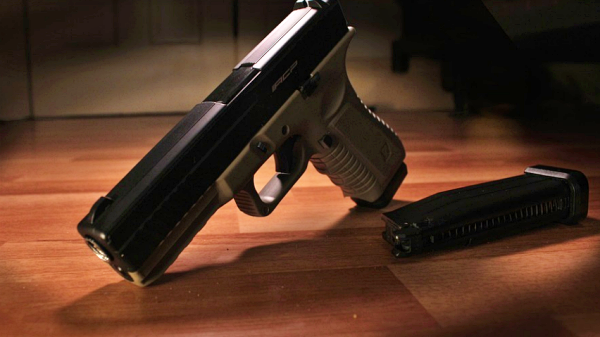 While passing through Bandera, a San Antonio man negligently shot himself in the leg at the Shell gas station on Main Street.
According to reports, on Sunday, Nov. 28, the man was filling up an ice chest in the back seat of his truck, when a .22 Magnum pistol fell out of the vehicle and discharged. City of Bandera Marshal Will Dietrich said the revolver was lying on the front seat.
When the gun fired, the man was shot through his leg and the bullet went into his arm. He was taken by ambulance to University Hospital with non-life-threatening injuries, Dietrich said.
The Bandera Prophet is grounded on the premise that relevant news delivery is ever-evolving. Founded by newspaper veterans, the Prophet delivers up-to-date information by writers and photographers who combined have 50-plus years of experience in the field and newsroom. Completely free to readers, the Prophet is published on multiple platforms, and shared within the online community. No paywalls and no paid subscriptions
make news, sports, feature stories and more immediately available with one click of a button or one swipe on a keypad.
All content copyright property of The Bandera Prophet