Close your eyes and listen to the tales of 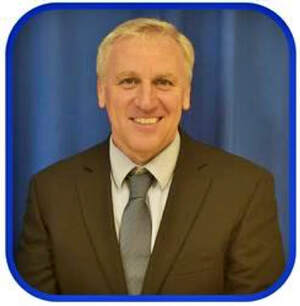 Bandera ISD Board of Directors name lone finalist for superintendent

The Bandera Independent School District Board of Trustees has named Gary L. Bitzkie as the lone finalist in its search for a new superintendent. The announcement was made during a special called meeting held Jan. 20.
"The Board of Trustees is happy to announce Gary Bitzkie as the lone finalist for the position of superintendent for Bandera ISD. His loyalty of 23 years to the school district combined with his eagerness to step in and fill the position of interim superintendent weighed heavily on our decision," Board President Brittany Hicks said. "We are extremely excited about BISD's future under the direction of Gary Bitzkie."
By law, the board may not hire the new superintendent for at least 21 days following the public notice that was given by the board's motion.
The Bandera Prophet is grounded on the premise that relevant news delivery is ever-evolving. Founded by newspaper veterans, the Prophet delivers up-to-date information by writers and photographers who combined have 50-plus years of experience in the field and newsroom. Completely free to readers, the Prophet is published on multiple platforms, and shared within the online community. No paywalls and no paid subscriptions
make news, sports, feature stories and more immediately available with one click of a button or one swipe on a keypad.
All content copyright property of The Bandera Prophet