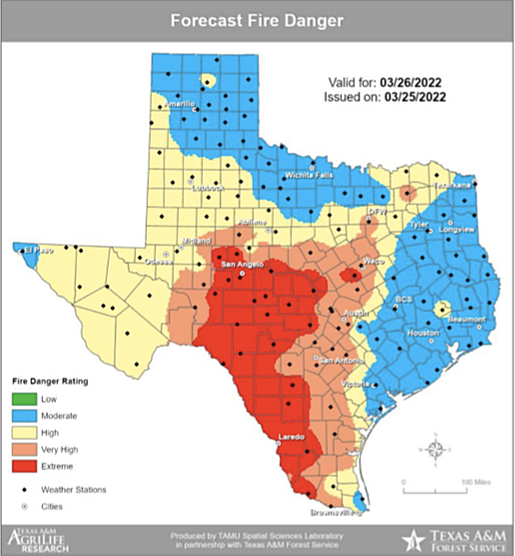 After more than 24 hours battling a blaze that has spread beyond 840 acres between Mico and Castroville on CR 271, the Medina County Office of Emergency Management is allowing some evacuated residents to return home for the night only, with the warning they will likely have to leave again tomorrow.
“All residents may return for the evening except those who live on County Road 2615 between County Road 265 to just south of Paradise Canyon. This includes High Mountain Ranch subdivision (County Roads 2651 and 2652). The mandatory evacuation for the original area is very likely to return tomorrow as the extreme fire weather returns. Please remain situationally aware,” the office posted on Facebook.
Residents who live in Summit Ridge, Bear Springs Ranch, Ranchland Oaks, Medina Oaks and Laurel Canyon subdivisions, and other nearby areas who voluntarily evacuated may also return, although they too may be asked to vacate tomorrow.
Andrew Medina, assistant chief of Castle Lake Ranch Volunteer Fire Department, said multiple agencies and strike teams have responded, including Austin, Dallas, Fort Worth and Arizona. Fighting from the ground and the sky, Medina said helicopters and air command units are helping coordinate the attack.
“There are fire departments from everywhere,” Medina said, adding as of tonight, no structures have been involved. “They dropped fire retardant on houses last night.”
Medina said no injuries have been reported, though a few fire fighters have been treated for exhaustion. The cause of the fire, he said, was a car that ignited on the side of the road.
“A driver pulled over in high grass to use his cell phone,” Medina said, adding when fire fighters arrived, the car was completely engulfed.

*A second fire broke out yesterday on FM 2828, close to Hwy. 173 N. in Bandera County. With the low humidity and high winds, what began as a grass fire and was thought to be extinguished reignited today, spreading to more than 20 acres. Medina said the fire is now contained. The Medina, Bandera, Castle Lake Ranch and Pipe Creek Volunteer Fire Departments responded.

*In Tarpley, several volunteer fire departments have been called to help fight a barn fire that ignited today. Medina said 40-60 acres have been affected. It is contained as of tonight, Medina said. The Medina, Castle Lake Ranch, Vanderpool, Utopia and Tarpley Volunteer Fire Departments responded.

*A wildfire east of Kerrville, north of Hwy. 27 between Comfort and Center Point, has spread quickly. Medina said approximately 60 square miles were ablaze, and fire fighters are working to control it from the ground and sky.
“It’s a huge fire,” Medina said.

Medina said Castle Lake Ranch VFD has one unit at the Tarpley fire, but they’re keeping units at the station on standby in case something else happens.
“This county is awesome,” Medina said. “We’ve had a remarkable turnout. We’ve kept communicating and weve all helped each other.”
Bandera County does not currently have any evacuation orders.
The Bandera County Sheriff’s Office has mandated no burning of any kind to take place in the county.
“No burn barrels! No fire pits! No camp fires! No BBQ! Nothing!” the Sheriff’s Office stated. “Be mindful when participating in activities which may create sparks…We are at an extreme fire risk and conditions are favorable for burns to quickly become out of control.”
A Red Flag Warning will remain in effect through Sunday, and the National Weather Service has issued a Fire Wather Watch. Winds are expected up to 20 mph with gusts up to 30 mph. The relative humidity will be below 10 percent in some areas. 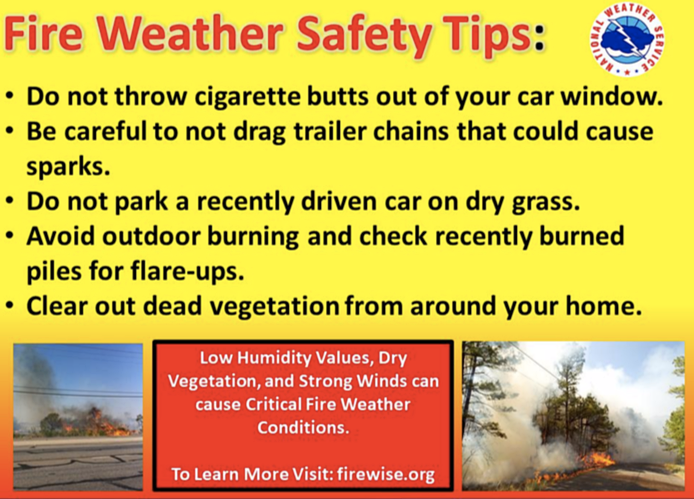