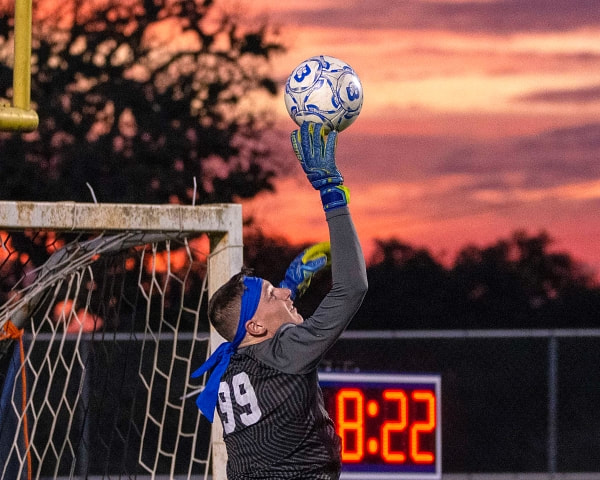 Soccer
Boys
Bandera finished this season at 8-8-1 and missed a playoff berth by one place, finishing in fifth for District 26-4A this season.
“The coaching staff is incredibly proud of the work both JV and Varsity put in this season and wish the Senior class of 2022 the best. They will be missed but have laid down the foundation for others to follow. We are looking forward to the future of Bulldog Soccer,” coach Westley Miller said.
The Bulldogs had six players named to All-District honors for their performance on the pitch and nine were named to Academic All-District for their performance in the classroom.
Of those nine, seven were named to the TASCO Academic All-District list and five made the THSCA All-State Academic list.
FWR Bryan Gonzalez was named to First Team All-District and GK Cody Jureczki was named Second Team All-District.
Felix Diaz, Jacob Haas, Alberto Muzquiz and Juan Reyna made the Honorable Mention list.
Academically, All-District honors went to Donovan Brown, Edoardo Cioli, Bryan Gonzalez, David Guerra, Reese Mazurek, Josh Nimmrichter, Jesus Rodriguez, Logan Sadler and Miles Short.
The TASCO All-District list had Brown, Gonzalez, Guerra, Mazurek, Nimmrichter, Rodriguez and Sadler listed.
The THSCA All-State list honored First Teamer Sadler, Second Teamers, Nimmrichter and Rodriguez and Honorable Mentions, Brown and Mazurek.

Spring Sports
The Bandera Bulldog Athletic Boosters will present their Spring Sports Banquet next Monday, May 2, at  6 p.m. at the Bandera Middle Cafeteria.
This is for spring sports only, to include soccer, basketball, track, tennis, golf, power lifting, softball and baseball.
Per the Booster Club, athletes are free, guests are $10 and it will be dress in Sunday’s best.
Please contact the club on Facebook for a head count.

Baseball
Bandera finished their home and home series with Canyon Lake Friday at home after suffering a 6-5 loss at Canyon earlier in the week.
After as rainout was called on Tuesday, Bandera hit the road Wednesday to take on the Hawks.
Bandera jumped out to a 3-1 lead after one inning, thanks to a Pat Cizek homer with two runners on and held the lead until the Hawks tied it up in the bottom of the third.
After a scoreless top of the fourth, the home team took a one run lead going into the fifth.
The Bulldogs scored two runs in the top of the inning on a single from Randon Wheeler and a bases loaded squeeze bunt by Caleb Hohon, but Canyon Lake scored one to even things up at 5-5.
The Hawks scored the winning run in the bottom of the seventh to get the win, 6-5.
Friday, things were a little different with the Hawks taking an early lead and extending it with some timely hitting and a few errors, to take a 12-0 decision.
Wheeler went 2 for 3 and Jackson Vogel and Coleton Trenkelbach both went 1 for 2 at the plate. Bandera was charged with nine errors through the four innings of play.
The Bulldogs will finish the season this week, hosting Fredericksburg Tuesday and traveling there on Friday. Game time for both dates is 7 p.m.
The Bandera Prophet is grounded on the premise that relevant news delivery is ever-evolving. Founded by newspaper veterans, the Prophet delivers up-to-date information by writers and photographers who combined have 50-plus years of experience in the field and newsroom. Always free to readers, the Prophet is published on multiple platforms, and shared within the online community to more than 150,000 people. No paywalls and no paid subscriptions make news and feature stories immediately available with one click of a button or one swipe on a keypad.
​
All content copyright property of The Bandera Prophet