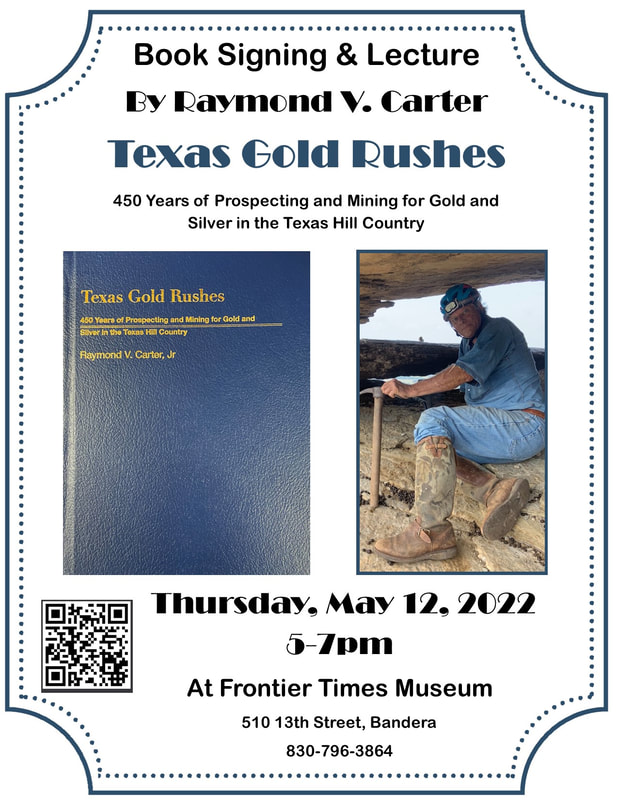 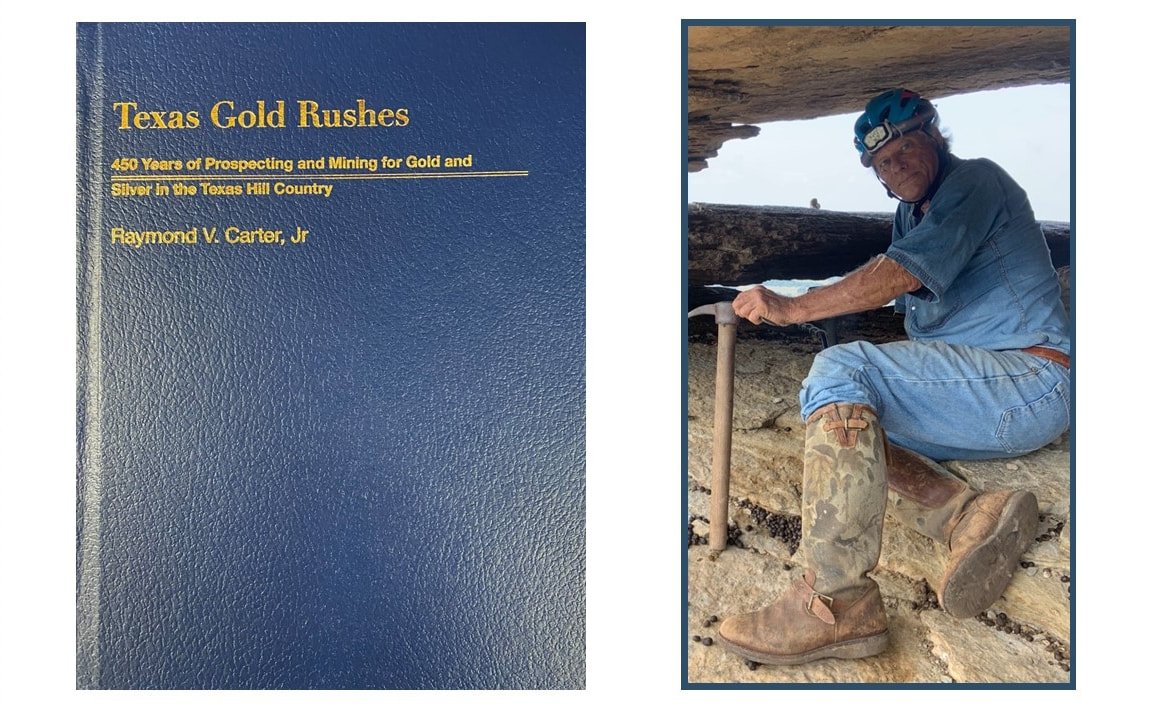 The Texas Hill Country has always been a place that attracts the wanderer, the explorer, and the adventurer. Stories have been told about explorers from the early Spanish conquistadors to Jim Bowie of the Alamo seeking gold and silver in the hills and now Bandera writer and historian, Raymond V. Carter, Jr. has written a book separating the legends from the facts.
Carter’s Texas Gold Rushes: 450 Years of Prospecting and Mining for Gold and Silver in the Texas Hill Country is the culmination of years of research that began with a bedtime story told by his grandfather, Pete Coffman. J. Frank Dobie included his grandfather’s story in his 1924 Legends of Texas, vol. one. The story inspired Carter to research for 61 years and uncover the facts of mining efforts in the Texas Hill Country. Working closely with well-known scholars, Carter has also unearthed new information on this fascinating subject.
The Frontier Times Museum will celebrate Carter and his newly published book with a reception and book signing on Thursday, May 12, from 5 - 7 pm. Carter will do a slide presentation on his findings and, hopefully, tell some of his own stories of the many adventures he had while researching the book, including his explorations of the caves and abandoned mines he found throughout this area.
The book will be available for purchase and Carter is generously donating a portion of the proceeds to the museum. Libations and refreshments will be served and the event is free and open to the public.
The Frontier Times Museum is located at 510 13th Street in Bandera, Texas.
The Bandera Prophet is grounded on the premise that relevant news delivery is ever-evolving. Founded by newspaper veterans, the Prophet delivers up-to-date information by writers and photographers who combined have 50-plus years of experience in the field and newsroom. Completely free to readers, the Prophet is published on multiple platforms, and shared within the online community. No paywalls and no paid subscriptions
make news, sports, feature stories and more immediately available with one click of a button or one swipe on a keypad.
All content copyright property of The Bandera Prophet