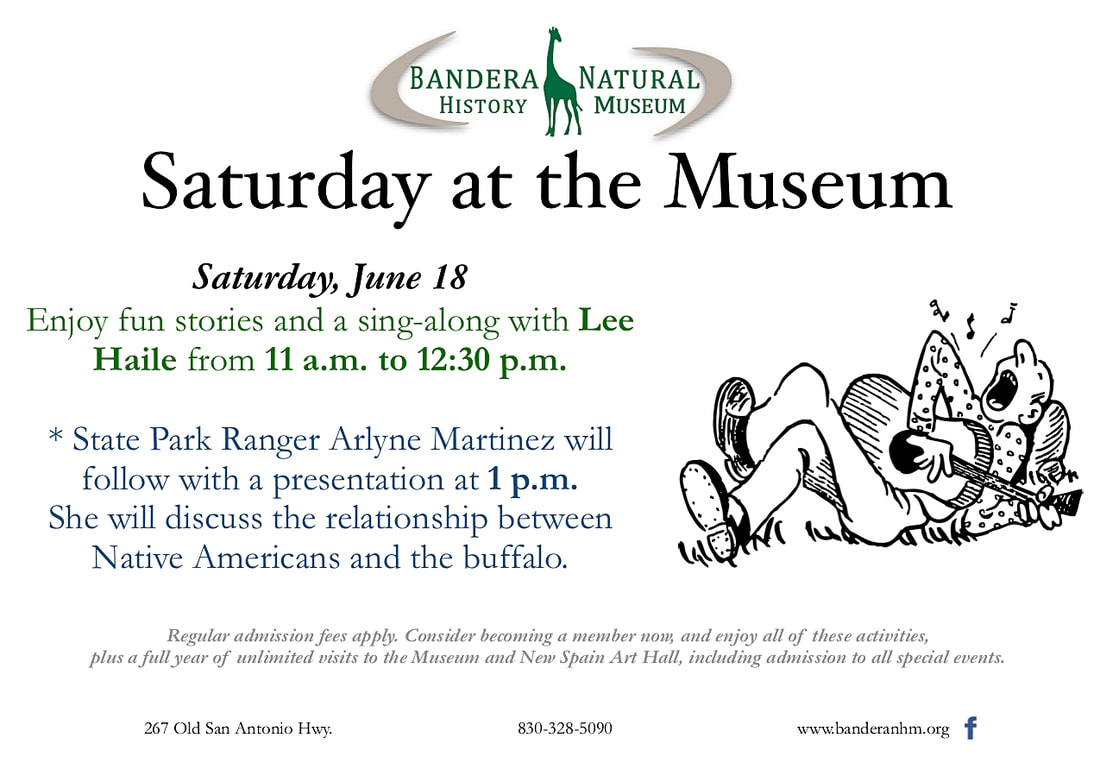 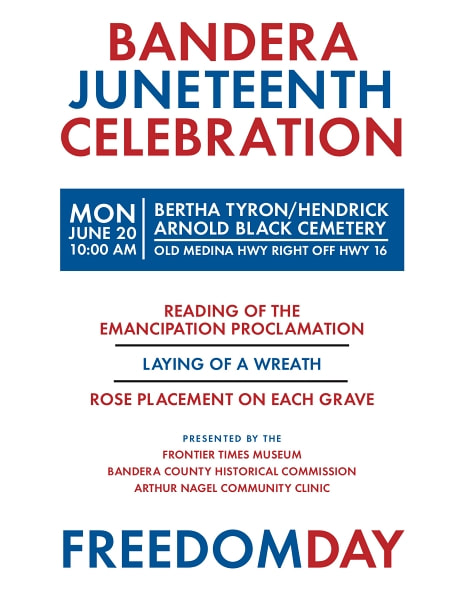 By Rebecca Norton
Special to the Prophet

A celebration to recognize Juneteenth will be held in Bandera at the Bertha Tryon/ Hendrick Arnold Cemetery on Monday, June 20, at 10 a.m. The cemetery is located on Old Medina Highway right off of Hwy. 16.
Traditionally a Texas holiday, this year marks the first anniversary of Juneteenth becoming a federal holiday, which is observed this year on the Monday closest to June 19. The day commemorates the emancipation of slaves after the Civil War. It was recognized as a federal holiday on June 17, 2021, when President Joseph Biden signed the Juneteenth National Independence Day Act into law, becoming the first new federal holiday since Martin Luther King Jr. Day was adopted in 1983.
This year’s celebration in Bandera is being hosted by the Bandera County Historical Commission, the Frontier Times Museum and the Arthur Nagel Community Clinic. A wreath will be placed at the cemetery’s gate and there will be a traditional reading of the Emancipation Proclamation. Attendees will be asked to participate in placing a red rose on each marked grave in the cemetery.
Originating in Galveston, it has been celebrated annually on June 19 in various parts of the United States since 1865. The day commemorates the date of the June 19, 1865, when Union Army general Gordon Granger arrived in Galveston and announced  General Order No. 3 proclaiming that all enslaved people were now free in Texas, the last state of the Confederacy with institutional slavery.
President Abraham Lincoln's Emancipation Proclamation, issued Jan. 1, 1863, had freed the enslaved people in Texas as well as all the other southern Confederate states but the enforcement of the proclamation relied upon the advancement of Union troops into those states. Texas, as the most remote state of the former Confederacy, had seen an expansion of slavery and had a low presence of Union troops when the Civil War ended so there was no enforcement of the proclamation for Texas slaves.  It was not until General Granger arrived in Galveston was the proclamation enforced in Texas, freeing all enslaved people of the state.
Celebrations date to 1866, at first involving church-centered community gatherings in Texas. They spread across the South and became more commercialized in the 1920s and 1930s, often centering on a food festival. Participants in the Great Migration out of the South carried their celebrations to other parts of the country.
Formerly known as Bandera’s Black Cemetery, the Bertha Tryon/Hendrick Arnold Cemetery was established in 1922, when the Montague family donated land for the county’s black community to bury their dead since they were not allowed to be buried in the city cemetery.
The site had all but disappeared until 1993 when local resident Buddy Tryon requested permission to bury his wife Bertha in the cemetery.  Following this request, a massive multi-year restoration project was undertaken by the Bandera County Historical Commission to clear the land overgrown with cedar, poison ivy and weeds.
While the original markers have long since disappeared, small stone markers have been placed on the graves that historical commission members could locate. Member Cecil LeStourgeon built a rock and iron gate to mark the entrance to the cemetery and former historical commission Chairperson Roy Dugosh was instrumental in placing a flag pole at the site. Everyone is invited to attend this day of recognition and celebration.
The Bandera Prophet is grounded on the premise that relevant news delivery is ever-evolving. Founded by newspaper veterans, the Prophet delivers up-to-date information by writers and photographers who combined have 50-plus years of experience in the field and newsroom. Completely free to readers, the Prophet is published on multiple platforms, and shared within the online community. No paywalls and no paid subscriptions
make news, sports, feature stories and more immediately available with one click of a button or one swipe on a keypad.
All content copyright property of The Bandera Prophet