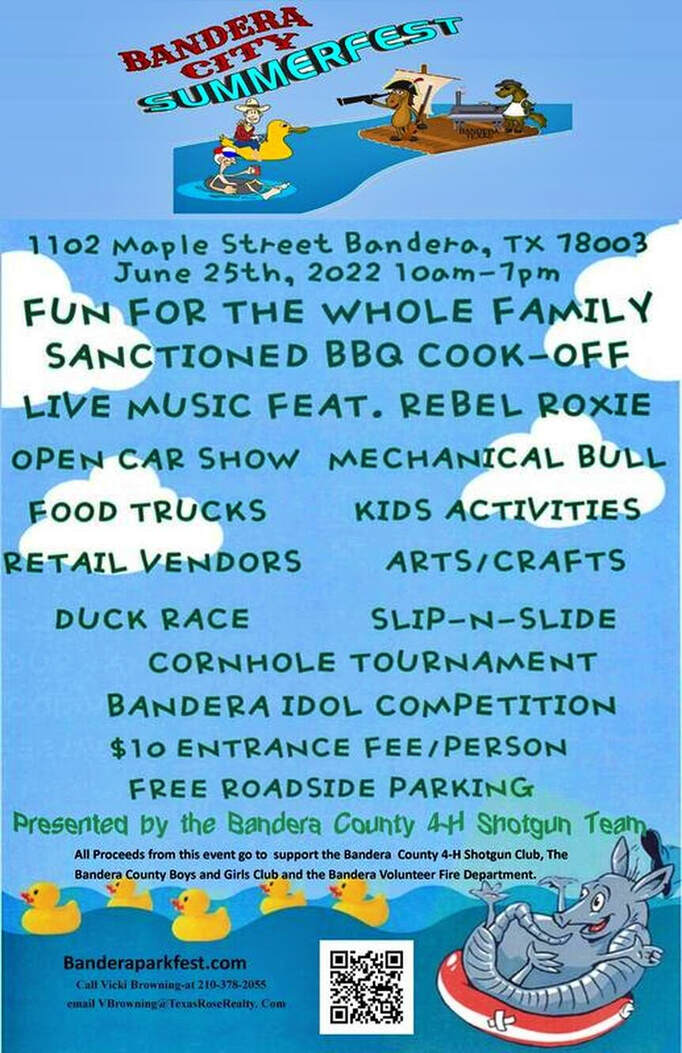 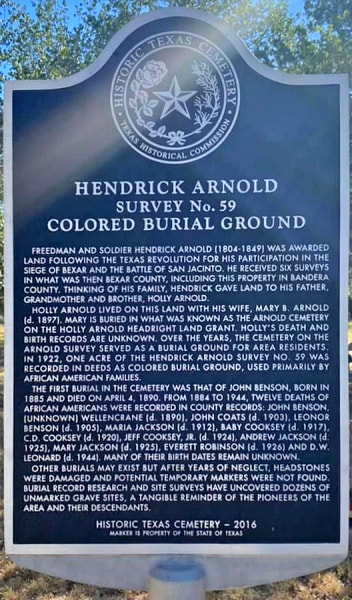 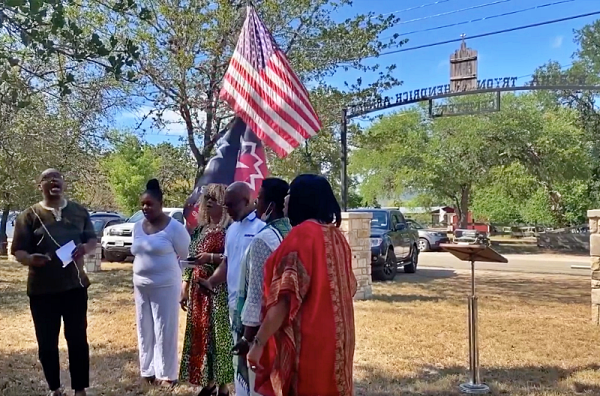 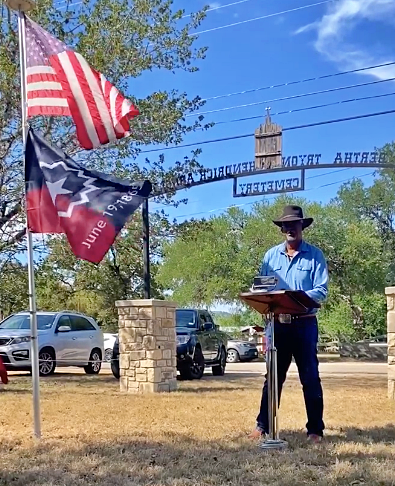 Bandera's first annual celebration recognizing Juneteenth was held Monday, June 20 at the Bertha Tryon/ Hendrick Arnold Cemetery. Also known as Freedom Day, Juneteenth commemorates June 19, 1865, when federal troops arrived in Galveston and gave word to enslaved African Americans that they were free — more than two years after the Emancipation Proclamation was signed.
Juneteenth was recognized as a federal holiday on June 17, 2021, when President Joseph Biden signed the Juneteenth National Independence Day Act into law, becoming the first new federal holiday since Martin Luther King, Jr. Day was adopted in 1983.
The Bertha Tryon/Hendrick Arnold Cemetery, ​formerly known as Bandera’s Black Cemetery, was established in 1922, when the Montague family donated land for the county’s black community to bury their dead, since they were not allowed to be buried in the city cemetery.
The site had all but disappeared until 1993 when local resident Buddy Tryon requested permission to bury his wife Bertha in the cemetery. Following this request, a massive multi-year restoration project was undertaken by the Bandera County Historical Commission to clear the overgrown land.
​This year’s celebration in Bandera was hosted by the Bandera County Historical Commission, the Frontier Times Museum and the Arthur Nagel Community Clinic. Opening remarks for the celebration were made by Frontier Times Museum and Bandera County Historical Commission Chairperson Rebecca Norton, followed with music by Dr. James W. Wilcox and the San Antonio Mass Choir, and a traditional reading of the Emancipation Proclamation by Bandera resident Larry Jackson.
The Bandera Prophet is grounded on the premise that relevant news delivery is ever-evolving. Founded by newspaper veterans, the Prophet delivers up-to-date information by writers and photographers who combined have 50-plus years of experience in the field and newsroom. Always free to readers, the Prophet is published on multiple platforms, and shared within the online community to more than 150,000 people. No paywalls and no paid subscriptions make news and feature stories immediately available with one click of a button or one swipe on a keypad.
​
All content copyright property of The Bandera Prophet