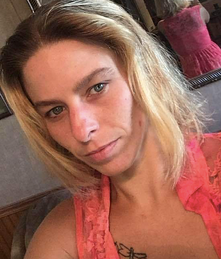 The Anthropology Department at Texas State University has positively identified the skeletal remains discovered near the Bandera Pass Subdivision, off Old Loop 173, on July 3. Bandera County Chief Deputy Matt King said the remains belong to Brittany McMahon, 33, who was last seen on Father’s Day, June 19.
Originally intended to be sent to Central Texas Autopsy in Lockhart, the remains were ultimately sent to TSU, King said. Authorities stated McMahon’s family was formally notified this afternoon. The investigation into the cause of her death is ongoing.
The Bandera Prophet is grounded on the premise that relevant news delivery is ever-evolving. Founded by newspaper veterans, the Prophet delivers up-to-date information by writers and photographers who combined have 50-plus years of experience in the field and newsroom. Always free to readers, the Prophet is published on multiple platforms, and shared within the online community to more than 150,000 people. No paywalls and no paid subscriptions make news and feature stories immediately available with one click of a button or one swipe on a keypad.
​
All content copyright property of The Bandera Prophet