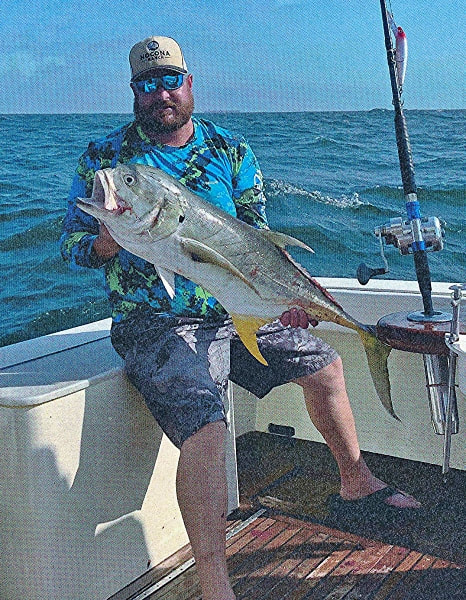 On Tuesday, Sept. 20, 2022, John Alexander Ussery, loving husband, father, brother, son, uncle and friend passed away at the age of 36. John always lit up the room with his contagious smile and humor.
He was born in Roswell, New Mexico, to Lena Price and Brad Ussery on March 7, 1986. He grew up in Medina with Lena, Mark Price and his two sisters. John graduated from Medina High School in 2004. John enjoyed fishing in the Medina River, hunting in the Hill Country, and played baseball, football and basketball. In 1998 he was on the Bandera Country Little League All-Star team. In high school, John participated in FFA, band and varsity sports.
John met the love of his life Randi Whitlock while in high school. They bonded over FFA, band and small-town activities. After graduating, Randi went to Angelo State University while John stayed in Bandera and worked for a local plumbing company. During their time apart, John had his first daughter, Grace.
John and Randi reconnected during her last semester at ASU in 2007. They moved to San Antonio together in 2008, where they welcomed their first daughter, Raeleigh on Dec. 23, 2008. On July 30, 2011, they married at The Farm Country Club in Medina. Their second daughter Joann was born on May 11, 2018. John enjoyed all aspects of being with his family to include shooting, playing card games, taking the girls fishing, golfing, hunting and living life to the fullest. John never stopped talking about his family and how proud he is of all their accomplishments.
John’s passion was watching people enjoy the food he created. He was a self-taught chef and started his culinary career in 2011 at The Towers in San Antonio. He focused on perfecting the flavors of BBQ and southern cuisine. John loved perfecting his own seasonings and blends to make unique flavor profiles. He worked at several venues including Warriors Heart, The Ranch House, and Rancho Cortez. While working for others, he found his passion for catering and the dream of opening his own establishment was born. In 2020, after years of hard work, his dream was accomplished by opening his own food truck and catering business, The Hungry American. He focused on serving some of the best BBQ, wings, and seafood with side dishes that complimented each other. Along with the Hungry American, John was also the chef at Nocona Ranch in the Texas Hill Country where he enjoyed working for the Junnell family. John enjoyed preparing meals for the guests at the ranch. The family environment at the ranch quickly became a second home for him. He enjoyed hunting and fishing at Nocona and taking his family out there to enjoy the beauty and all the ranch had to offer.
John was preceded in death by his grandparents John and Joann Ussery of Roswell, New Mexico; Albert Dale and Dolores Alexander of Roswell, New Mexico; and Gene and Nancy Price of Brownsville, Texas.
John is survived by his loving wife Randi Ussery, daughter of Lee and Jettie Whitlock; and daughters Raeleigh and Joann of Bandera, and Grace of San Antonio; parents Lena and Mark Price of San Antonio, and Brad Ussery of Roswell, New Mexico; siblings Amanda (Jason) Benkula of San Antonio, and Kara Price of Vail, Colorado; nieces Makayla and Allison Benkula. Also surviving are numerous aunts and uncles, cousins, extended relatives, and close lifelong friends.
Visitation will be held Friday, Sept, 23, at Grimes Funeral Home in Bandera, from 4 – 6 p.m. A celebration of life will be held Saturday, Sept. 24, at 11 a.m., at the Bandera United Methodist Church in Bandera.
The family would like to extend their gratitude to everyone for your continued prayers and support during this difficult time. A sincere thank you to Rhett for being there for John in his final moments.
In lieu of flowers, donations may be made to his surviving children with an account at Bandera Bank under Raeleigh Ussery’s name.
The Bandera Prophet is grounded on the premise that relevant news delivery is ever-evolving. Founded by newspaper veterans, the Prophet delivers up-to-date information by writers and photographers who combined have 50-plus years of experience in the field and newsroom. Completely free to readers, the Prophet is published on multiple platforms, and shared within the online community. No paywalls and no paid subscriptions
make news, sports, feature stories and more immediately available with one click of a button or one swipe on a keypad.
All content copyright property of The Bandera Prophet