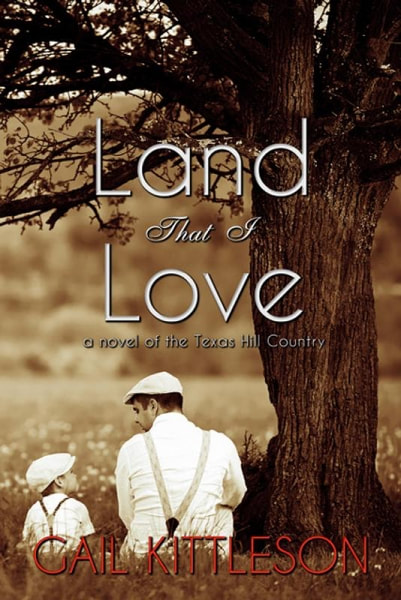 During World War II, the German Americans of the Texas Hill Country faced discrimination at home and conflict within themselves as Americans fighting in the country of their ancestors.
On Friday, Sept. 30, the Frontier Times Museum welcomes author Gail Kittleson for a book signing and talk for her recent novel, Land That I Love, from 5:30 - 7:30 p.m. Set in the German Hill Country of Texas during World War II, Land That I Love is a sweeping literary novel of love and loss; friendship and animosity; fathers and sons; and coping during times of war and peace.
Words have been comfort food for Gail Kittleson. From her home in Iowa, she has written a series of historical novels set during World War II. As her characters struggle with the problems of everyday life, they teach us that we survive hard times by being good neighbors despite our differences and that hatred can be conquered by love, understanding and forgiveness.
Kittleson is a wordsmith who weaves a tapestry of characters, plot and historical events. Her extensive research in to the history of World War II brings to life the traumas and conflicts people faced during the Great War.
After suffering the tragic death of his wife and the loss of his teaching position, the lead character Herring leaves England to the Texas hill country, hoping to create a new home for him and his young son, Donnie. Through their eyes, the novel explores their attempts to adjust to their new lives and reveals the realities of prejudice and mental illness, and uncover the mistreatment of German-Americans during World War Two.
Wine and refreshments will be served. This event is free and open to the public. The museum is located at 510 13th Street, Bandera, Texas.  For more information, visit www.frontiertimesmuseum.org.
The Bandera Prophet is grounded on the premise that relevant news delivery is ever-evolving. Founded by newspaper veterans, the Prophet delivers up-to-date information by writers and photographers who combined have 50-plus years of experience in the field and newsroom. Completely free to readers, the Prophet is published on multiple platforms, and shared within the online community. No paywalls and no paid subscriptions
make news, sports, feature stories and more immediately available with one click of a button or one swipe on a keypad.
All content copyright property of The Bandera Prophet