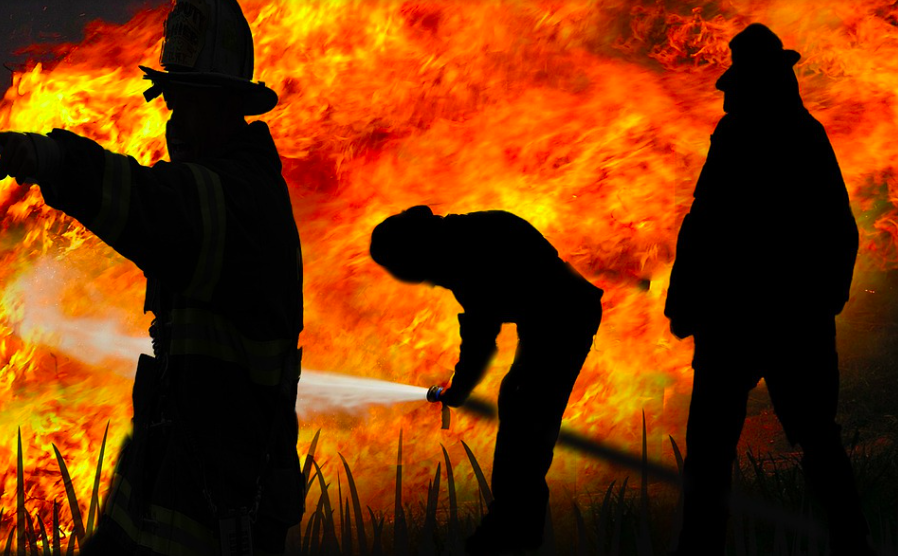 A brush fire that grew out of control on Wednesday burned through about 10 acres in the Pebble Beach NW subdivision off FM 1283. Thanks to the swift work of volunteer fire fighters, the blaze was contained and no structures were affected, Bandera County Deputy Brian Skelly said.
The fire originated from a controlled brush fire, which spread to a cedar tree. Skelly said the fire looked as though it may travel beyond a dividing ravine, and the Medina Lake Volunteer Fire Department issued a voluntary evacuation notice for residents at about 2:50 p.m.
“It just goes to show how fast it can get out of hand,” Skelly said, adding the countywide burn ban is currently lifted.
Skelly said the fire spread to an area very difficult to reach, and four-wheel-drive brush trucks were used to access the blaze. Other responding fire departments included Castle Lake, Pipe Creek, Mico and ESD No. 7 outside of Helotes.
Students at Hill Country Elementary who normally ride the bus home to Pebble Beach 1 and 2 were kept at school, and students from Bandera middle and high schools were transported to the HCE campus until their parents or guardians arrived.
“If it had gone down the ravine it could have been much worse,” Skelly said. “The fire fighters did an incredibly good job.”
The Bandera Prophet is grounded on the premise that relevant news delivery is ever-evolving. Founded by newspaper veterans, the Prophet delivers up-to-date information by writers and photographers who combined have 50-plus years of experience in the field and newsroom. Completely free to readers, the Prophet is published on multiple platforms, and shared within the online community. No paywalls and no paid subscriptions
make news, sports, feature stories and more immediately available with one click of a button or one swipe on a keypad.
All content copyright property of The Bandera Prophet