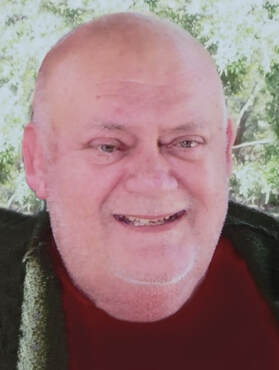 James W. Hillis Jr., age 70, passed away on Sept. 29, in Bandera. He was born in San Antonio, to James Sr. and Delfina Hillis, on Aug. 4, 1952. He married Regina King on Jan. 10, 1976, in San Antonio.
He was a veteran of the Vietnam War and served in the U.S. Navy. He spent most of his career as an R.V. mechanic.
James was a fun loving, family oriented individual. His love for his wife, kids, grandkids and dog Sugar is what motivated him to push through many obstacles and struggles to provide for his family. He was a decisive man with strong beliefs that loved to play around, often times getting the biggest kick out of his own jokes.
He was preceded in death by his parents James Sr. and Delfina Hillis.
He is survived by his loving wife of 46 years, Regina Hillis; children: Robert and wife Gina, Patrick and wife Allison, and J.J. Bryant; grandchildren Clarissa Hillis, Zac Bryant, Jacob Hillis, Felicity Bryant, Rylie Hillis, Levi Hillis and Garret Hillis; two brothers; one sister; and numerous sisters-in-law, brothers-in-law, nieces and nephews.
Visitation will be Monday, Oct. 3, from 5-7 p.m., followed by the Rosary at 7 p.m., at Grimes Funeral Home in Bandera.
Funeral Mass will be held Tuesday, Oct. 4, at 10 a.m., at St. Stanislaus Catholic Church in Bandera. Burial will follow at St. Stanislaus Cemetery #3. Reception will follow at St. Stanislaus Church Hall.
Funeral arrangements are entrusted to Grimes Bandera Funeral Chapel.
The Bandera Prophet is grounded on the premise that relevant news delivery is ever-evolving. Founded by newspaper veterans, the Prophet delivers up-to-date information by writers and photographers who combined have 50-plus years of experience in the field and newsroom. Completely free to readers, the Prophet is published on multiple platforms, and shared within the online community. No paywalls and no paid subscriptions
make news, sports, feature stories and more immediately available with one click of a button or one swipe on a keypad.
All content copyright property of The Bandera Prophet