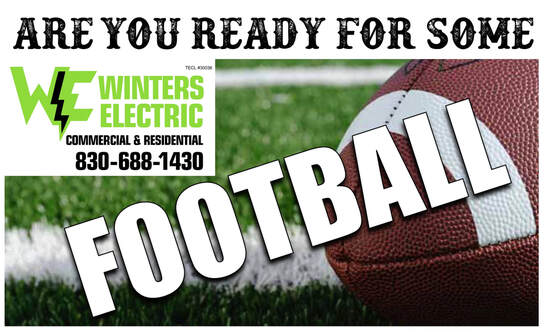 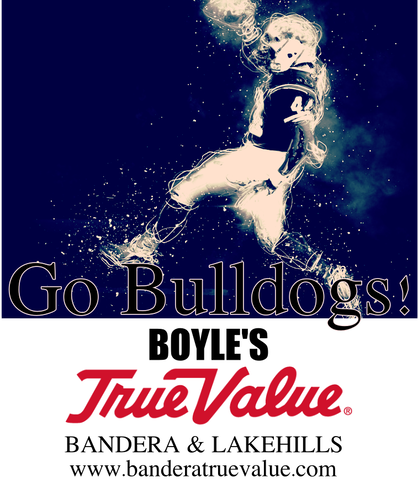 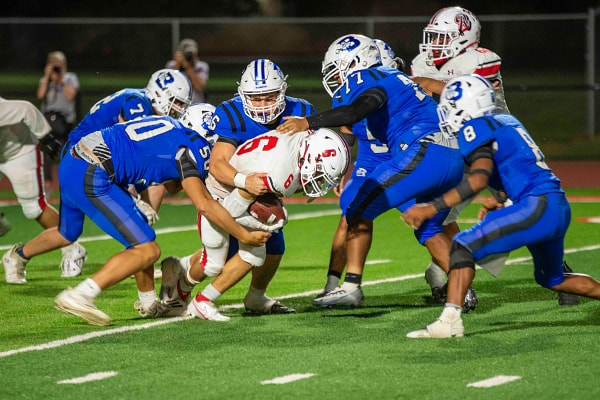 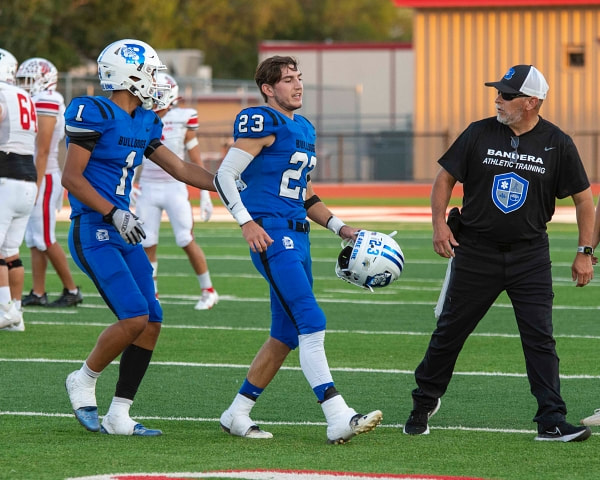 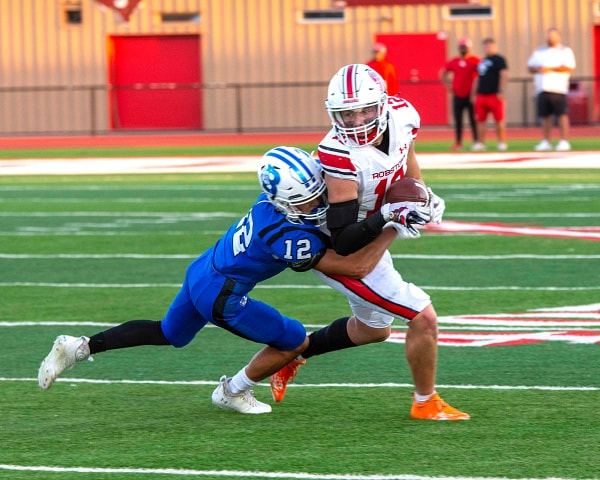 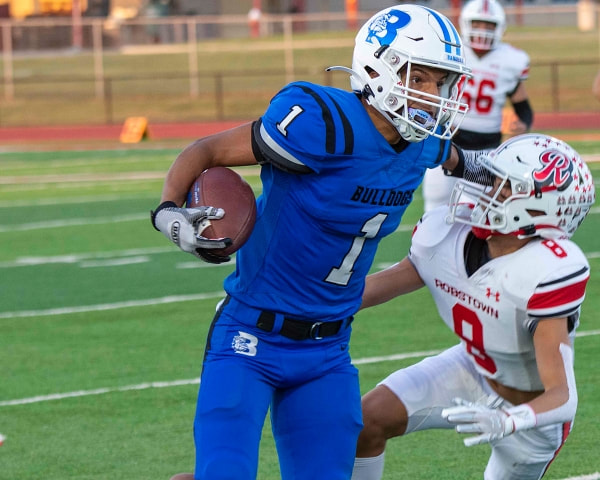 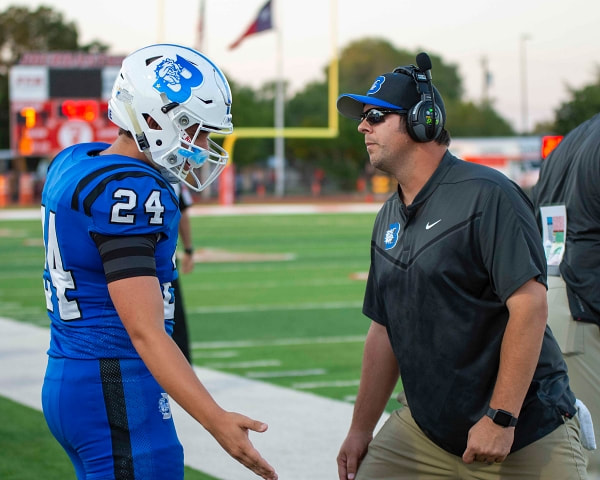 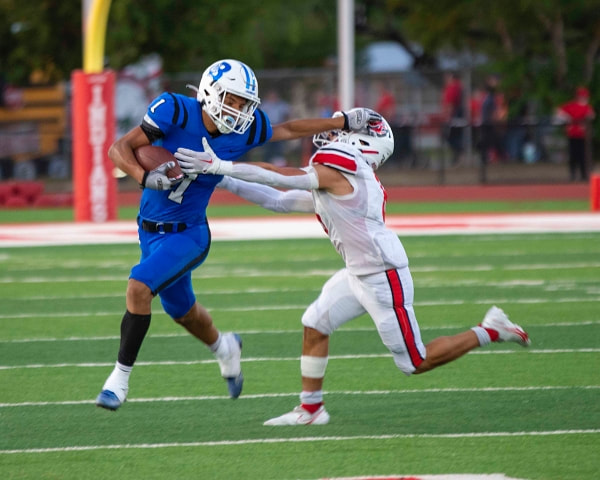 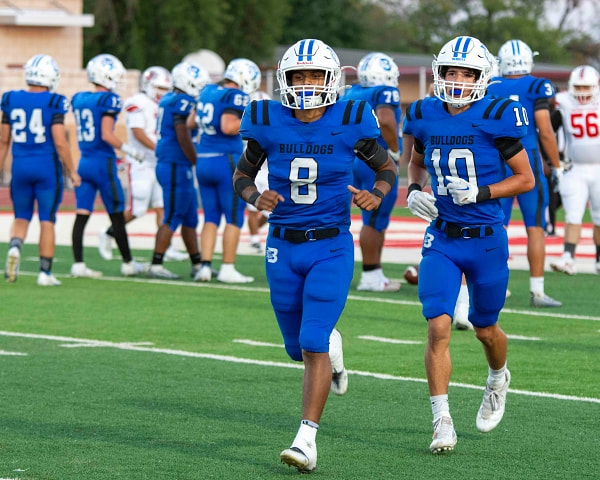 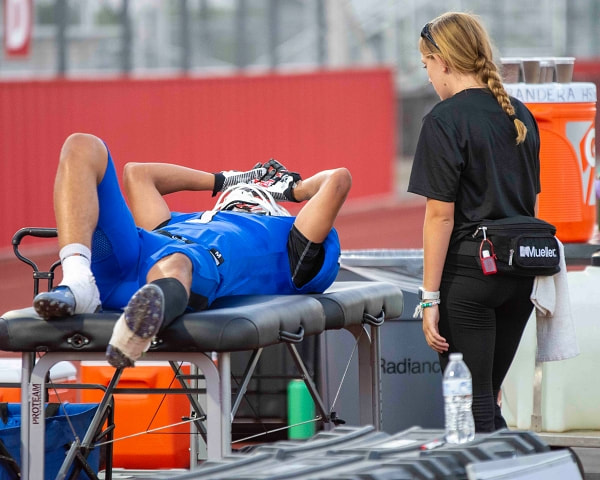 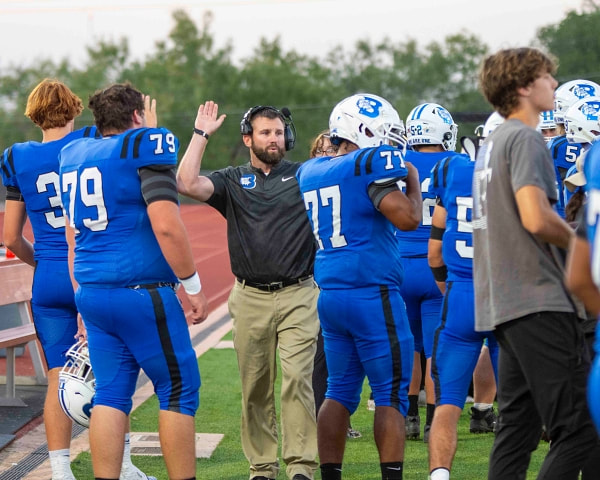 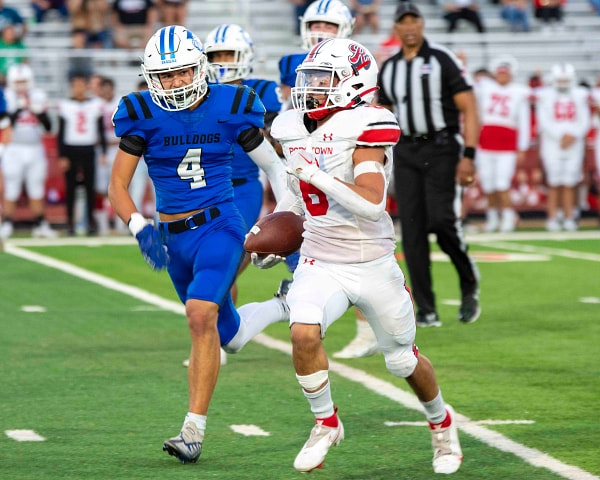 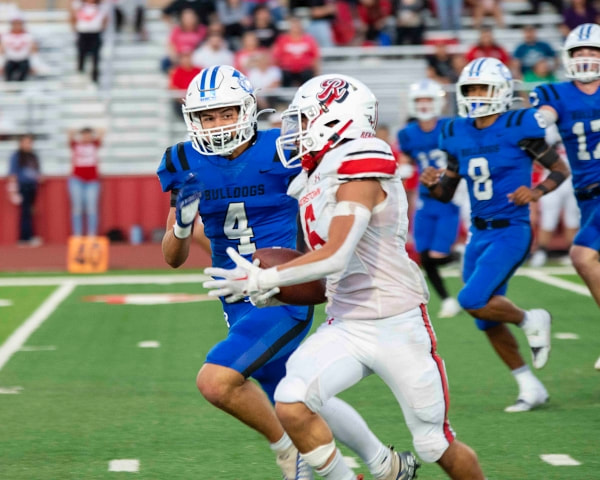 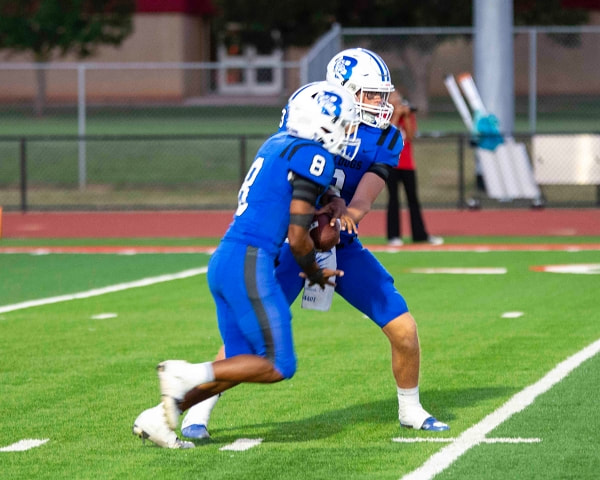 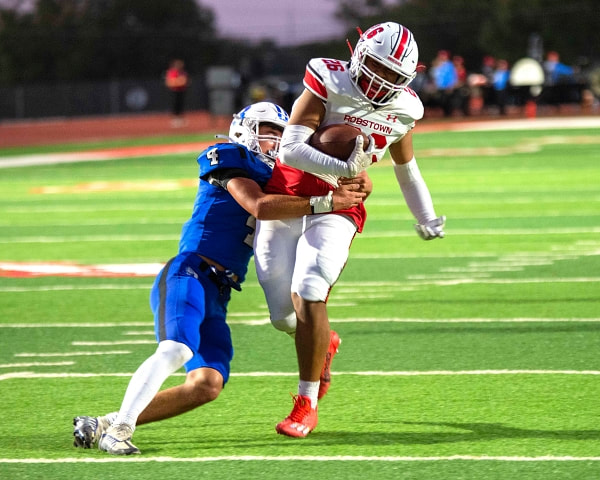 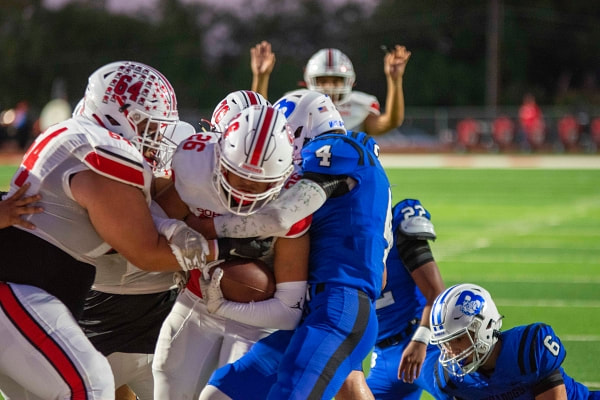 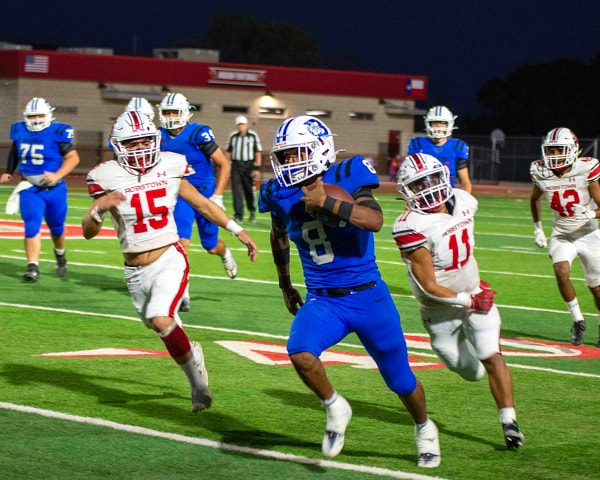 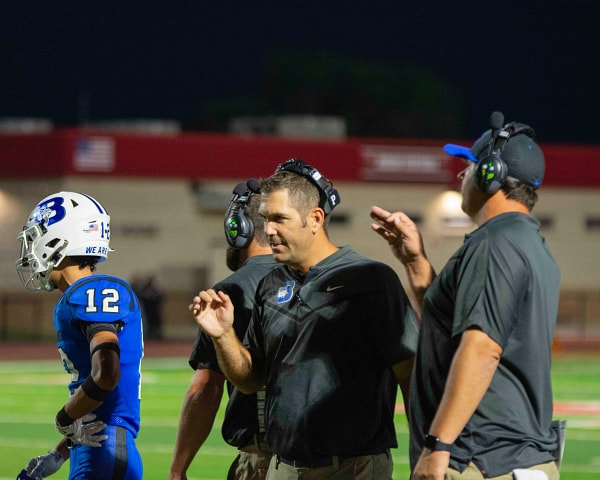 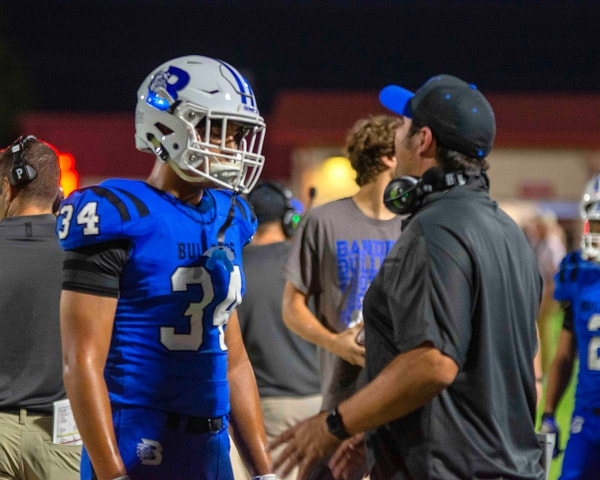 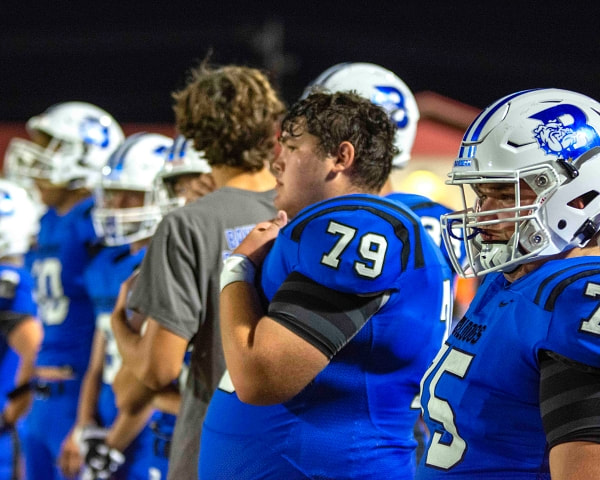 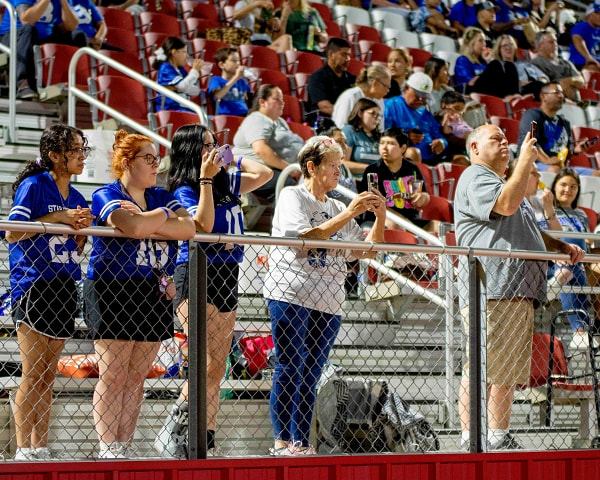 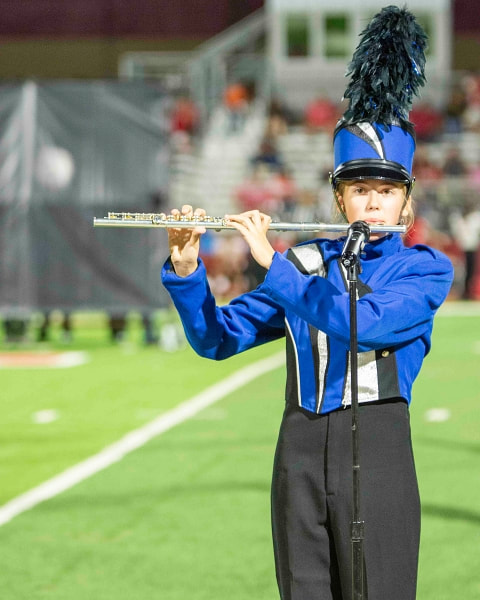 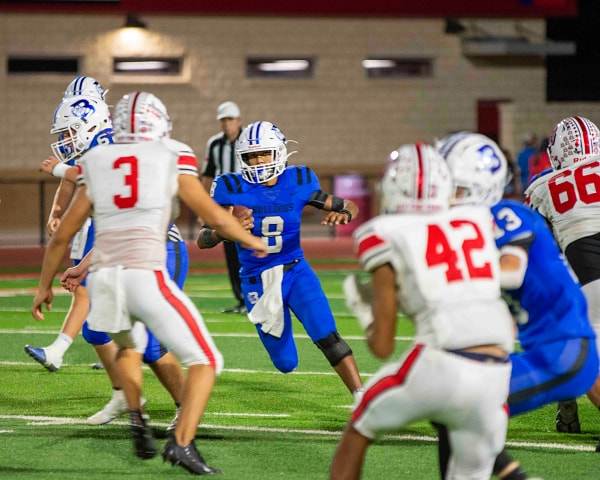 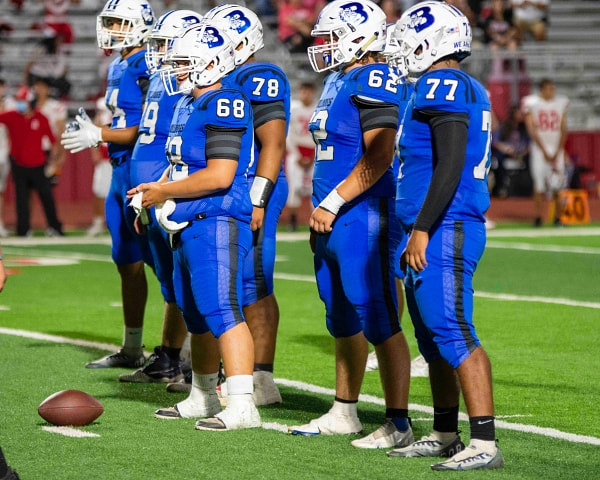 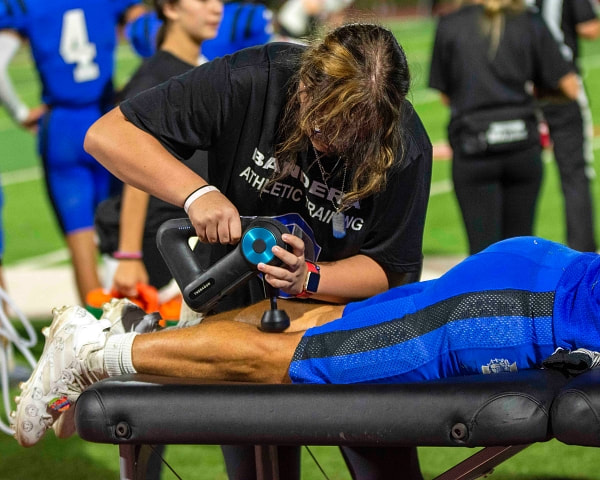 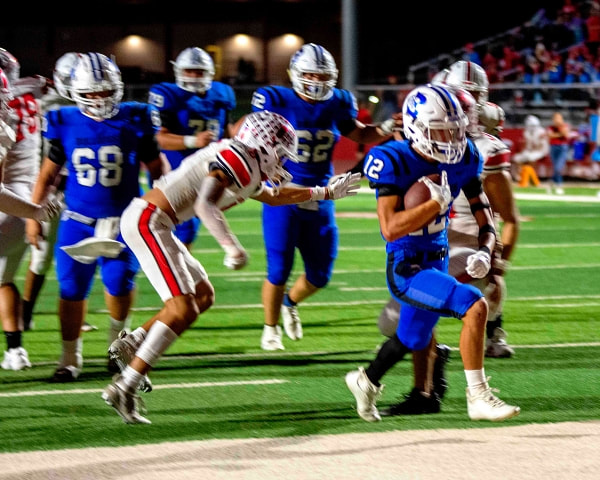 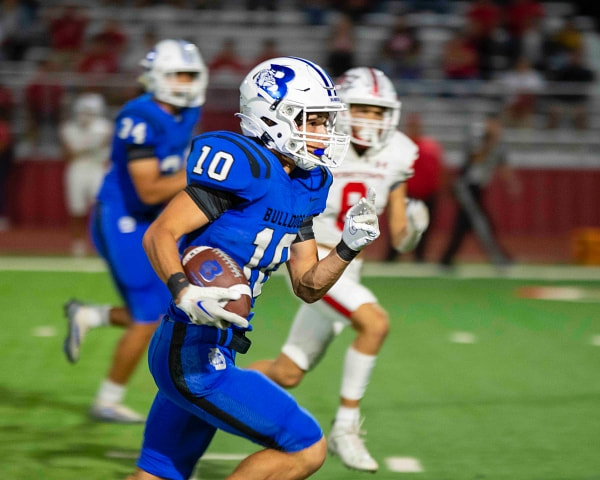 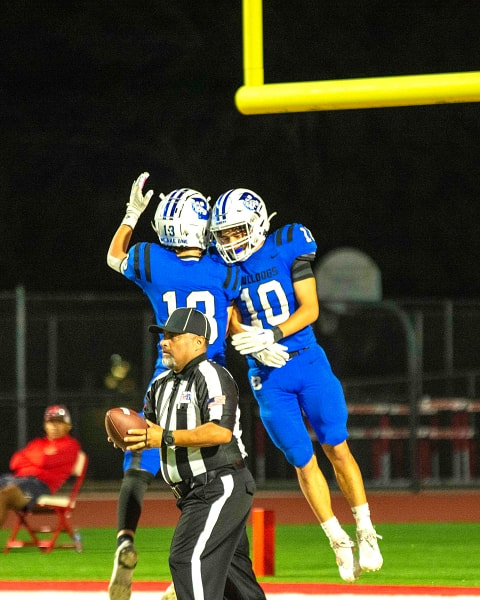 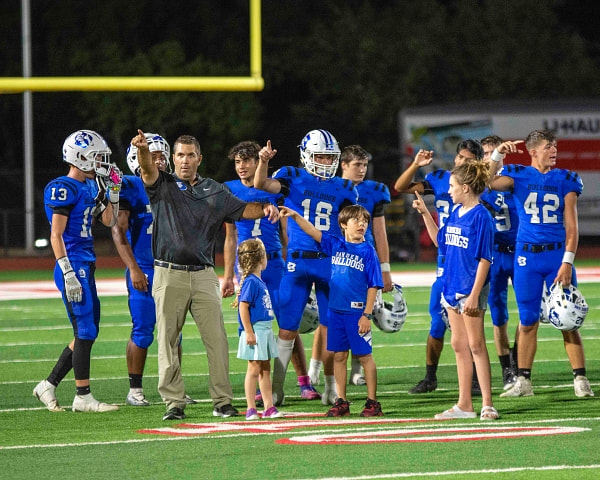 Things were going well for the Bulldogs early in Friday evening’s match with Robstown.
Bandera scored twice and were up 14-0 before the Cottonpickers decided to make it a game that would go down to the last minute before a winner was decided.
Bandera’s first points came on their first play from scrimmage as QB Riley Haley found Solomon Alexander downfield on the right sideline and Alexander scored on a 53-yard catch and run. Beto Muzquiz booted a good point after to put the Bulldogs up 7-0 with 9:17 left in the first.
Jesse Cardenas was back in form and it showed as he bolted 48 yards down the sideline to score on the Bulldogs next possession to make it 13-0 and Muzquiz added another PAT to make it 14-0 with 5:26 still left in the first.
Robstown’s defense tightened up and the Cottonpickers did find the end zone on a short rush up the middle with 8:01 left in the second to make it 14-6 and the two-point conversion failed.
The Bulldogs had a drive later in the half, and a missed field goal attempt went wide left.
The Bulldog defense stopped Robstown a yard short on a fourth and five with nine seconds left to give the Bulldogs another chance to score, but an incomplete pass followed by a handoff with four seconds left, ends the half.
Starting the third, Bandera punted away from near midfield after Robstown denies them a first down and a bad snap results in a hurried kick, but the Cottonpickers are called for roughing the kicker and gifting the ball back to the Bulldogs with a fresh set of downs, but Bandera fails to capitalize.
Later, the Bulldogs fumble the ball with 5:48 left in the third quarter to return the gift and Robstown’s David Briseno got behind the Bulldog defense and scores on a 26 yard pass with 4:30 left in the quarter and a good two-point conversion ties the game at 14-14.
Robstown fumbles the ball on the Bulldogs 28 and Bandera works downfield early in the fourth and on a fourth and goal from the three, a fake field goal attempt results in an interception and the ‘Pickers are finally run down on the Bandera 14.
They score on an 11-yard Edward Diaz rush to take the lead with 6:37 left in the game and a good kick gives Robstown their first lead of the game at 21-14.
Needing a big play, Cardenas recovers a fumble on a bad snap at the Robstown 31 and Bandera turns to Kevin Rodriguez on a six-yard rush with 2:46 left and Muzquiz’s kick squeaks inside the upright to tie the game at 21-21.
On the next drive, Robstown, looking at a fourth and one, get flagged for illegal procedure and have to punt away with 1:31 left in the game.
Bandera starts from their 45 and on a third and 16, a Haley to Corben Gonzalez pass scores from 60 yards out with just 34 seconds left and a final PAT from Muzquiz seals the 28-21 victory to move the Bulldogs to 5-1.
The Bulldogs amassed 393 yards of offense, 225 on the ground and 168 passing, on the night, the defense is playing well and special teams is contributing, so things are looking good for district.
Speaking of district, everyone gets a fresh start at 0-0 in two weeks and all teams get a much needed week off before district starts.
Bandera will host 5-1 Pearsall on Oct. 14 for the district opener, be there to watch the push for the playoffs.

Bandera stats:
Passing: Haley, 8-20-168-2-0
Rushing: Cardenas, 29-168, C. Gonzales 5-26, K. Rodriquez, 4-31,
Receiving: S. Alexander, 3-73, G. Ortiz, 2-10, C. Gonzalez, 1-60, I. Segura, 1-15, Z. Quesnot, 1-10
Tackles: D. Gherman, 16, D. Freeman, 11, G. Cabasos, 11, Cardenas, 10, E. Straeter, 7
The Bandera Prophet is grounded on the premise that relevant news delivery is ever-evolving. Founded by newspaper veterans, the Prophet delivers up-to-date information by writers and photographers who combined have 50-plus years of experience in the field and newsroom.
Completely free to readers, the Prophet is published on multiple platforms, and shared within the online community. No paywalls and no paid subscriptions required, the Prophet is built on the belief that information is so necessary to our community, that it should not depend on your income.
At the Prophet, news, sports, feature stories and more are immediately available with one click of a button or one swipe on a keypad.
All content copyright property of The Bandera Prophet