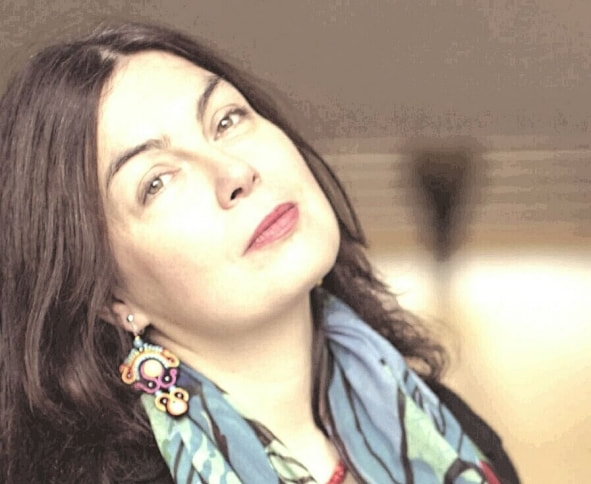 Ewa Winnicka, an “award-winning leading light of Polish literature” will be the featured speaker on Saturday, Nov. 12, at the Bandera Electric Coop. 3172, Hwy. 16, at noon. Winnicka is currently writing a book about the Texas history of the  Polish migration to Bandera and elsewhere in the state from 1776 - 1854, and the contemporary life of the American Polish community in Texas.
Winnicka and her husband Cezary Lazarewicz are part of a “powerhouse writing team,” in Warsaw, according to The First News, a publication of the Polish Press Agency. In 2015, Winnicka received the Gryfia Literary Award for “Angole,” a book about England’s Polish population. She also won the Grand Press Award in 2005 and 2009 for articles on social topics.
Winnicka’s husband is the recipient of the Nike Literary Prize, one of the most prestigious awards for Polish literature. The couple resides in Warsaw.
This is Winnicka’s second visit to Bandera. Father Frank Kurzaj, pastor of St. Stanislaus Catholic Church, hosted her first visit. St. Stanislaus is the second oldest Polish Catholic church in the United States. It was founded in 1855 by Polish immigrants from Silesia.
The upcoming event is sponsored by the Democratic Club of Bandera. The public is invited.
The Bandera Prophet is grounded on the premise that relevant news delivery is ever-evolving. Founded by newspaper veterans, the Prophet delivers up-to-date information by writers and photographers who combined have 50-plus years of experience in the field and newsroom.
Completely free to readers, the Prophet is published on multiple platforms, and shared within the online community. No paywalls and no paid subscriptions required, the Prophet is built on the belief that information is so necessary to our community, that it should not depend on your income.
At the Prophet, news, sports, feature stories and more are immediately available with one click of a button or one swipe on a keypad.
All content copyright property of The Bandera Prophet