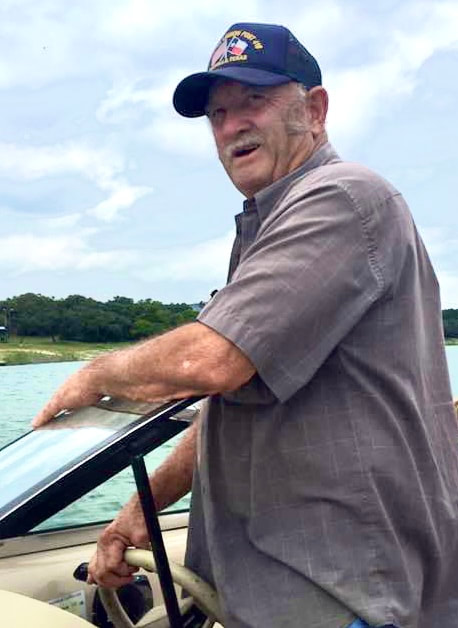 Jack Wayne McWhorter Sr., of Hondo, Texas, went to be with the Lord on Nov. 4, 2022, at the age of 75. Jack was born on Sept. 10, 1947, in San Antonio, to Chester Louis McWhorter and Oma Lucille Potter.
After his graduation from Edison High School in 1967, he married his wife of 55 years, Carol Ann Peterson. Jack then joined the United States Navy. He honorably served on the CVA-61, USS Ranger. After discharge, Jack and Carol had three children: Jack Wayne McWhorter Jr., Deanna Gail McWhorter and Brian Paul McWhorter.
Jack and his family lived in San Antonio until 1980 when they purchased their lake house at Medina Lake. If Jack was not at his pit perfecting his amazing barbeque and briskets skills, he was on the lake in his boat with his family. Jack started his own business, JMAC Septic Service, at the Lake. In 2002, Jack and Carol moved to their ranch outside of Hondo.
Jack and Carol had many lifelong friends who they shared adventures with. He enjoyed taking trips in their motor home with numerous friends. He also enjoyed cruises with his sister Loretta Koch and Pete Koch, of Hondo. During the fall months, you could always find Jack in his blind waiting for the deer or on his back porch watching the Dallas Cowboys.
He is survived by the love of his life, Carol Ann Peterson McWhorter; his son Jack “Wayne” McWhorter Jr. and his wife Johnette Yeates McWhorter. Jack was blessed to have four beautiful granddaughters from his son: Bridget Lachet McWhorter of Austin, Bryana Vivian Lorraine Yeates in the U.S. Navy San Diego, Calif., Ashley Gail McWhorter and Kelly Leigh McWhorter of Bandera. He is also survived by his sister Loretta Koch and her husband Pete Koch of Hondo; many nephews; nieces; and cousins; along with numerous friends.
He was preceded in death by his son Brian Paul McWhorter (2000); his mother Oma “Lucille” Potter McWhorter (1998); his father Chester Louis McWhorter (1989); and his daughter Deanna Gail McWhorter (1975).
Visitation will be Wednesday, Nov. 9, from 5 - 7 p.m., Mission Park Funeral Chapel North, 3401 Cherry Ridge Drive, San Antonio, Texas 78230.
Funeral Service will be Thursday, Nov. 10, at Noon Mission Park Funeral Chapel North, 3401 Cherry Ridge Drive, San Antonio, Texas 78230, with interment to follow at Zion Lutheran Cemetery, 9944 Leslie, San Antonio, Texas 78254.
The family ask that you make contributions to St. Jude’s Children Hospital or a charity of your choice.
The Bandera Prophet is grounded on the premise that relevant news delivery is ever-evolving. Founded by newspaper veterans, the Prophet delivers up-to-date information by writers and photographers who combined have 50-plus years of experience in the field and newsroom. Completely free to readers, the Prophet is published on multiple platforms, and shared within the online community. No paywalls and no paid subscriptions
make news, sports, feature stories and more immediately available with one click of a button or one swipe on a keypad.
All content copyright property of The Bandera Prophet